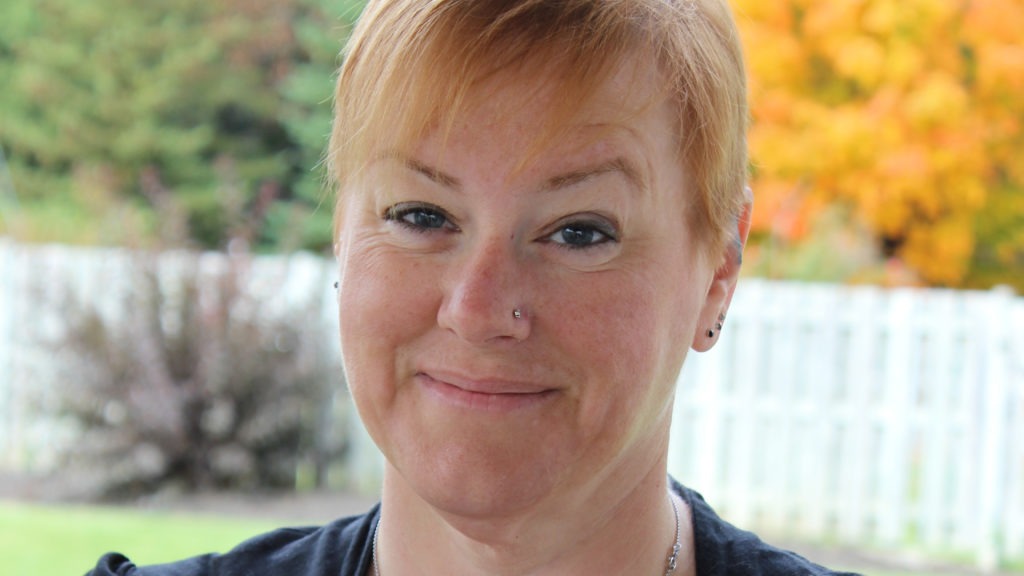 Riding on the road to recovery: supporting Strides for The General

A heart attack at 47

Kimberlee Taplay of Brantford thought she had awoken from a nightmare. Her heart was beating violently, her bed was drenched with sweat and she could not catch her breath.

Kimberlee’s daughter drove her to the local hospital, where it was determined that she had suffered a heart attack and the best place for treatment would be Hamilton General Hospital (HGH).

“I’d never in a million years thought that I’d be having a heart attack at 47,” she says. “You typically think that heart attacks happen to older gentlemen.”

Upon her arrival at HGH, Kimberlee was wheeled straight into the operating room. With 100 per cent blockage in one of her arteries, the medical team worked quickly to insert two stents using minimally-invasive laparoscopic surgery.

“I remember lying on the operating room table thinking this was the scariest thing I’d ever been through,” Kimberlee recalls. “Although I was scared, I knew I was in good hands at The General.”
Kimberlee was well aware of HGH’s reputation as a regional centre of excellence in cardiac and vascular care.

“The staff at The General were a well-oiled machine,” she says, “but there was always compassion in their eyes. That was very important to me.”

Returning to what she loves

Just four days after her surgery, Kimberlee was already back to sending work-related emails. Another motivating factor for her to recover quickly was being able to ride her motorcycle again, which she calls her “therapy.”

Her experience has demonstrated the importance of supporting Hamilton General Hospital Foundation.

“You never know when you’re going to be in the position that I was in,” she says. “Supporting the services at The General will help other heart attack patients and it could be someone you know.”

how she gives back

Kimberlee is one of four Patient Ambassadors for the sixth annual Strides for The General at Bayfront Park on September 17, a fundraising walk and run in support of Hamilton General Hospital and the Regional Rehabilitation Centre. Register, fundraise and start training today!