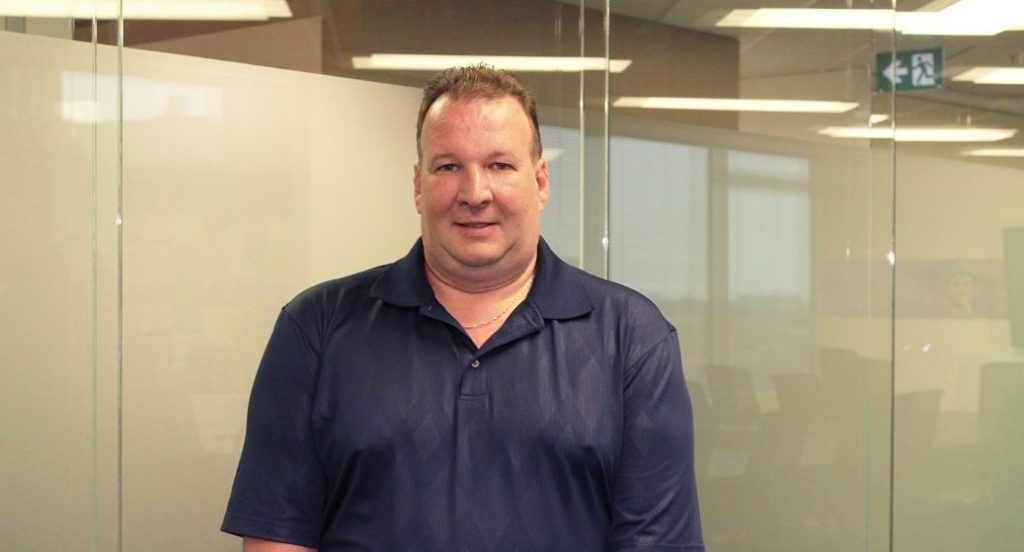 The vertical lathe was revving up. January 11, 2017 was just another day at the machine shop for Keith Schumacher of Hamilton. Then he heard a loud pop. Out of the corner of his eye, he saw a part of the machine break loose and become airborne.

“The piece flew at me like a bullet and hit me in the side,” Keith recalls. “I fell to the ground and I started to spit up blood. The ambulance arrived and rushed me to the Regional Trauma Centre at Hamilton General Hospital (HGH).”

Scans showed that Keith had nine broken ribs, two cracked ribs, an injured lung and a hole in his diaphragm. After being kept in a medically induced coma for five days, he underwent trauma surgery.

“They basically put me back together again,” says Keith. “My left lung was on the outside of my ribcage and it was full of bone fragments from my ribs. Once the fragments were removed and the lung was put back into place, metal plates were inserted to keep my ribcage from moving.”

After surgery, Keith continued to experience difficulty breathing. It was discovered that blood was collecting in his lung. Tubes were inserted to drain the blood, which significantly improved his ability to breath.

“I’m very lucky to have survived this incident.”

“My therapy involved deep-breathing exercises designed to strengthen my lungs. At the same time, physiotherapists helped get me out of bed and walking on my own two feet again. It was hard at first, but I kept gaining strength day after day.”

Keith spent seven weeks at HGH before being discharged and returning home. He will undergo an additional surgery this autumn to repair the damage to his diaphragm.

“I’m very lucky to have survived this incident,” says Keith. “I’d like to thank the teams at HGH for providing care with such expertise and compassion. I’ve come such a long way thanks to them and I’m grateful to be back home with family.”

Donate to Code Trauma and help save lives. Every dollar donated to the campaign will support the purchase of vital medical equipment and patient amenities to ensure the best care possible. Visit hamiltonhealth.ca/codetrauma today.