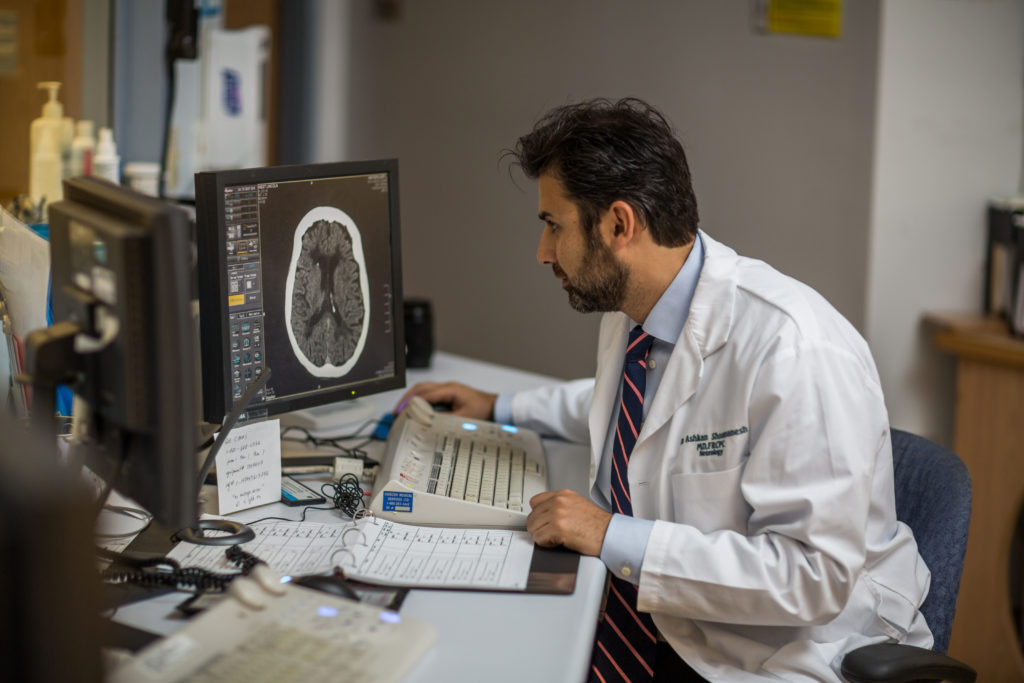 Creating a world without stroke

For decades, our teams have been tackling stroke head-on. Their discoveries have set the compass for how we treat and prevent stroke worldwide.

Cutting stroke in half

Can you imagine a world without stroke? Dr. Jackie Bosch can, and she’s leading a mission to make that vision a reality.

While research has made great strides in finding new and better ways to treat stroke, prevention is even more important. Dr. Bosch has led worldwide studies showing that certain safe, inexpensive, easily accessible medications (e.g. blood pressure-lowering and cholesterol-lowering drugs) are better at reducing the risk of stroke than previously believed. Together, these medications have the potential to prevent 50 per cent of all strokes, which equates to tens of thousands of lives saved each year.

Stopping stroke in its tracks, sooner

When a stroke happens, millions of brain cells die with each minute that passes. In other words, the quicker a person receives emergency treatment, the less likely they are to suffer severe, potentially disabling brain damage. In recent years, the discovery of clot-busting drugs and special clot removal procedures have benefited countless patients by limiting the effects of stroke once it happens, but their effectiveness depends on how quickly the person receives treatment. Dr. Michael Sharma and his team are testing new drugs that act even faster and more effectively against a stroke to limit progression, giving more stroke victims a chance at life and, for many, a full recovery.

Strokes are devastating, but some are worse than others. Hemorrhagic strokes, which happen when blood vessels rupture and cause bleeding in the brain, are more likely to lead to death and severe disability, yet fewer researchers have ventured into understanding them. Dr. Ashkan Shoamanesh is one of those few, and he leads a Canada-wide research group aimed at exploring how to prevent hemorrhagic strokes and to better treat people who suffer from them.

Three simple methods to prevent heart attack and stroke have been proven by an international team led by Hamilton Health Sciences (HHS) and McMaster University researchers.

The research team, based at the Population Health Research Institute of HHS and McMaster, studied more than 12,000 patients from 21 countries to evaluate drugs that can prevent cardiovascular disease (CVD), which cause 18 million deaths and about 50 million heart attacks and strokes around the world each year.

“These are incredibly important findings with potential for significant global impact,” says Dr. Salim Yusuf, principal investigator and executive director of PHRI. “If just 10 per cent of the world’s population at intermediate risk of CVD is impacted, we’re talking about 20 to 30 million people who could be helped by these drugs.”

“These simple methods can be used practically everywhere in the world, and the drugs will become even cheaper as more and more systems and people adopt these therapies,” he said.