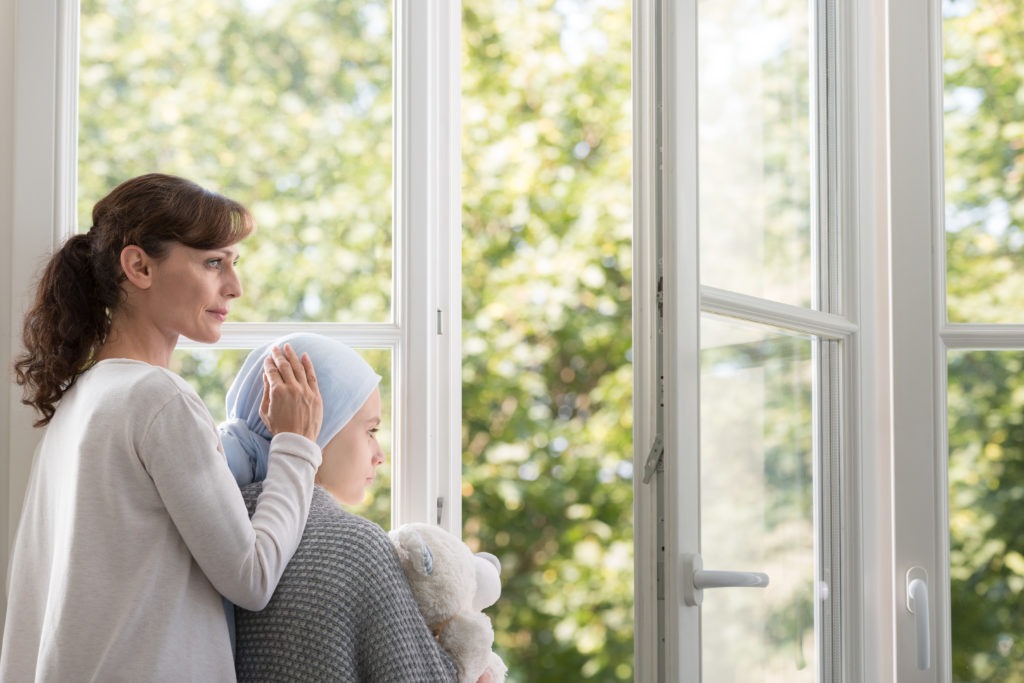 A recent, groundbreaking research project into medulloblastoma could pave the way for a new, targeted treatment for this childhood brain tumor. (Stock photo)
Stories

Singh was a medical student in Toronto 20 years ago when she met the boys. Their tumors appeared very similar under a microscope, and both boys were treated with chemotherapy and radiation. Yet despite the similarities in their cancer’s appearance and treatment, one boy recovered, and sadly, the other died.

“I needed to look to biology.”

“It made me realize that no matter how much I learned about pediatric neurosurgery, I would never discover through the field of medicine why one boy survived and not the other,” says Singh, now a pediatric neurosurgeon at Hamilton Health Sciences’ McMaster Children’s Hospital, a McMaster University professor and a leading researcher into brain tumors. 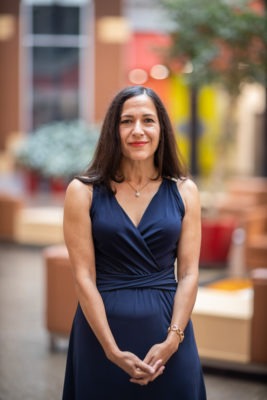 “In order to understand the difference between these two tumors, and how this could have impacted outcomes for these young boys, I needed to look to biology.”

Toxic side effects harder on children

Singh’s lab focuses on developing therapies that specifically target cancer cells as they divide and multiply, so that healthy cells aren’t damaged by chemotherapy and radiation.

Chemotherapy affects every organ because it’s delivered through the blood, and radiation treats the entire brain and spine. They’re called systemic treatments because they target any cell that’s rapidly dividing, whether it’s cancerous or healthy.

“Every tissue is rapidly dividing because they’re growing.”

“Think of a child,” says Singh. “Every tissue is rapidly dividing because they’re growing. That’s why children have a wide variety of toxic side effects from these treatments that can include hearing loss, trouble with their gastrointestinal tract, inability to grow properly, permanent hair loss and even healthy brain development is at risk.”

A groundbreaking research project into medulloblastoma by Singh’s lab could pave the way for a new, targeted treatment that could bring improved survival rates, as well as fewer long-term side effects for survivors. This research was led by Dr. Branavan Manoranjan, who completed his PhD in Singh’s lab and is now a neurosurgery resident at the University of Calgary.

Their findings were published in the latest edition of the journal Nature Communications in time for September’s Childhood Cancer Awareness Month.

Twenty years ago, about 60 per cent of medulloblastoma patients survived more than five years. Today, the five-year survival rate has improved to almost 80 percent. The introduction of a classification system two decades ago led to a better understanding of this cancer, and improved outcomes. New research by Singh’s team focuses on this classification system.

Turning bad tumors into good ones

Tumors are divided into four groups. The Group 1 MB — also called the Wnt subtype — is characterized by apparent activation of the Wnt signaling pathway (a signaling pathway important in multiple tissues and organs during normal development). These tumors have excellent outcomes, rarely spread and are rarely lethal. The five-year survival rate for this subtype of medulloblastoma is more than 90 per cent.

Groups 2, 3 and 4 are aggressive, often spread, and are lethal in 20 per cent of patients even with a full treatment of chemotherapy, radiation and surgery.

Singh challenged Manoranjan to investigate why Group 1 MB had such positive outcomes, then use this information to try to convert the other three groups into “good” tumors.

“Because we’re biologists, we were wondering about the molecular signaling pathways that drive the `good’ Group 1 tumors versus the three bad groups of tumors,” says Singh.

Manoranjan was successful, finding five different ways – both chemical and genetic —  to activate Wnt signalling in the bad tumors, causing them not to spread. They were no longer aggressive, so they could be treated like the Group 1 “good” tumors which have the very good survival rates.

These findings have opened the door to exciting new research opportunities that could lead to improved survival rates and a higher quality of life for survivors.

Next steps will include more work in Singh’s lab.

“This is one paper, but we really want to develop this as a treatment for medulloblastoma that could eventually advance to clinical trials,” she says.

“I’ve cared for many young brain cancer patients over the years,” she says. “As a physician and a researcher, I’m deeply committed to providing these young patients with the very best treatment options and care.”

Hamilton Health Sciences | @HamHealthSci - June 29
Would you know when someone is having a stroke? By knowing the FAST signs you could save a life. #BeatStroke… twitter.com/i/web/status/1…

Hamilton Health Sciences | @HamHealthSci - June 28
We had been waiting for this moment for a very long time. Our two-year journey to renew our aging hospital informat… twitter.com/i/web/status/1…
Ways to Give