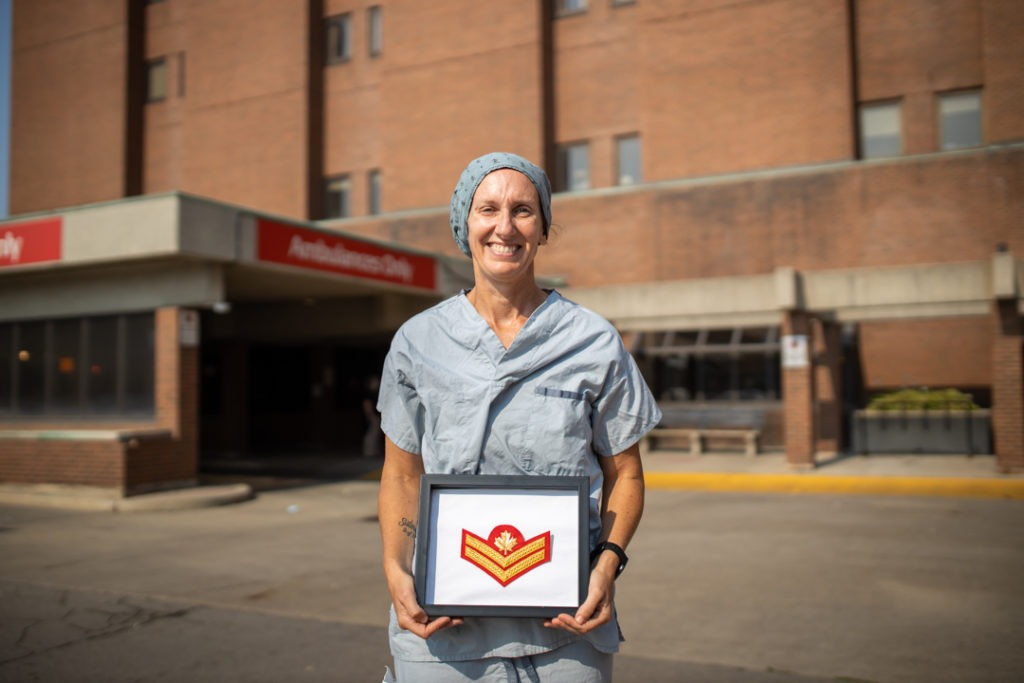 Jacqueline Terence, emergency department nurse at HHS’ Hamilton General Hospital, is also a member of the Canadian Armed Forces. This summer, she was promoted to drum sergeant of the Argyll and Sutherland Highlanders of Canada – the first woman ever to hold this position.
Our People, Stories

Marching to the beat of her own drum

When it came to choosing a career, Hamilton Health Sciences (HHS) nurse Jacqueline Terence forged her own path by combining her wide-ranging interests in health care, music and the military.

Terence is both a registered nurse in the emergency department at HHS’ Hamilton General Hospital (HGH) and a drummer with the Argyll and Sutherland Highlanders of Canada infantry regiment.

Her recent promotion to master corporal is a rise in rank, making her the first female drum sergeant in the Argylls’ history. As drum sergeant, she’s now in charge of the drum corps and also acts as a liaison with the pipe major and drum major. She makes sure practices run smoothly, uniforms are worn properly, organizes workouts, and manages an attendance forecast.

Her health care career spans 14 years and she has spent an impressive 28 years in the Canadian Armed Forces. Terence, 45, was sworn into the military shortly after turning 17.

“I didn’t join out of obligation – it’s something I really wanted to do.”

“I have a large military background,” said Terence. “My Grandpa Terence was in the Royal Air Force in the Second World War. My Grandma Doris, her brother and three of her sisters also served in the war. My dad was in the army reserves as a piper and served for over 40 years. My older sister was in the reserves for two years, and my younger sister served in the reserves before becoming a medic in the regular forces.”

Terence says she wanted to follow in her father’s footsteps by joining the Argylls.

“My dad’s been a reservist for over 40 years and he received a medal from the Queen for it,” she said, adding, “I’ve been around the Argylls my whole life. I didn’t join out of obligation – it’s something I really wanted to do.”

Her appointment to drum sergeant is also a big deal for Terence’s family.

“My family is proud – I’m my dad’s screensaver on his phone.”

Her roles as a nurse and army reservist play well together.

“The leadership aspect crisscrosses back-and-forth,” she said. “I started in the Canadian Armed Forces as part of an infantry regiment. In 2013, we were in Rankin Inlet and our plane couldn’t land because of weather, so we had to stay past our departure date. We didn’t have any medical staff on board so I acted as the liaison between the military and the local community centre, performing first aid when required.”

A couple of years into her military career, Terence suffered an injury that forced her to switch roles.

“It was the summer of 1994,” she said. “We were on this big two-week exercise in Meaford, which was previously a tank base, and I hit a tank rut and felt a snap. I still have some problems with my Achilles tendon but I am able to run races again.”

After taking two months’ military leave from work as a nurse last fall to complete military courses to qualify for her armed forces promotion, Terence’s move up to master corporal became official this summer. 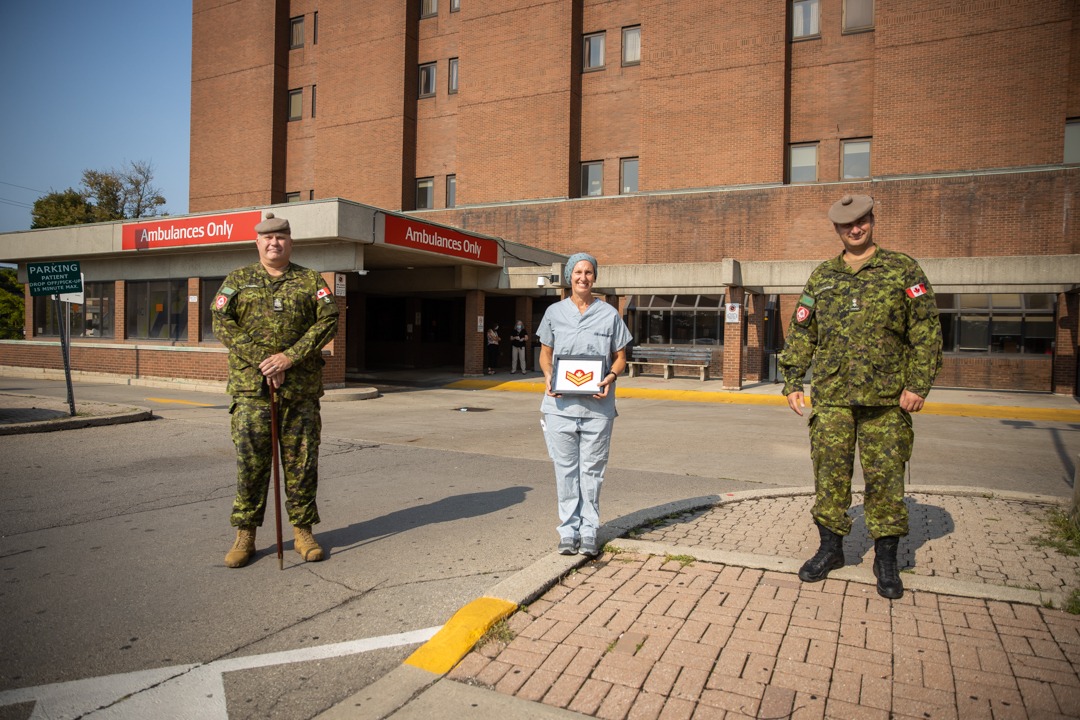 “My HHS manager was wonderful and gave me the two months military leave last fall to do the courses,” said Terence. “A lot of reservists have to do the courses over a longer period of time, but my manager gave me one big chunk of time off. The course taught me basics for leadership – know your people and know when to detect something is wrong.”

The leadership training has paid off for her role as a nurse as well.

“Jackie is a valued and respected member of our department,” says Patty Arpino, emergency department clinical manager at HGH. “It was an honour to support her with this challenging and meaningful opportunity. She’s a true inspiration to the department.”

Speaking of her decades-long tenure with the army and her career at HHS, Terence says it’s the people that make both jobs great.

“I take my all my roles to heart. I want to make sure everyone is healthy and okay.”