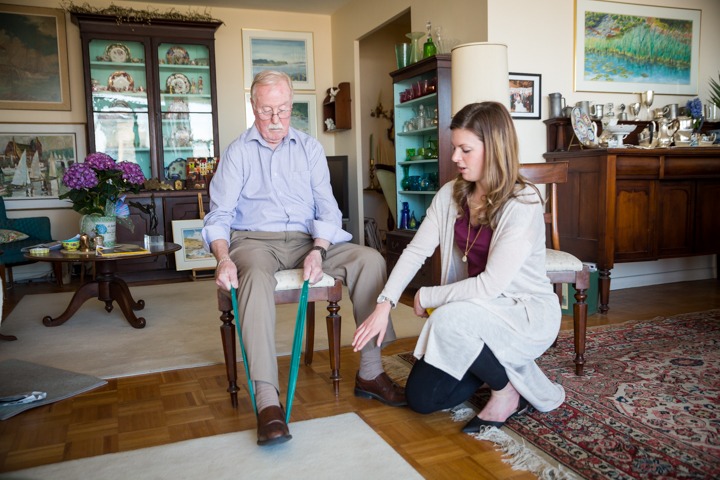 For a long time, the word frail has been used to describe someone who is weak or delicate. But as our population ages, we are beginning to recognize that frailty is more than that. It is an important clinical state and is a major contributor to early death and disability as people age.  It’s believed that the onset of frailty occurs after a “tipping point” is reached. That “tipping point” is often triggered by a number of small changes to a person’s health.

What if we could prevent or reverse those small changes? Would we be able to delay or reduce frailty in seniors? That’s exactly what a research study called TRIAGE is investigating. The Geriatric Education and Research in Aging (GERAS) Centre at Hamilton Health Sciences is piloting the study in partnership with McMaster University’s TAPESTRY program. Led by Dr. Alexandra Papaioannou, lead geriatrician and scientific director at St. Peter’s Hospital, a team of researchers is investigating whether a multi-pronged prevention plan can affect frailty. It focuses on seniors who meet at least one criterion that puts them at risk, such as low physical activity or poor nutrition.

At the start of the TRIAGE study, participants were measured for fitness using tests for cardiovascular endurance, flexibility, strength and speed. Based on those results they were given a frailty score. They then met with members of the research team to map out a 6-month plan that includes physical activity, medication management, vitamin D supplementation, nutritional coaching and social support. The research team isn’t just telling participants what to do. They are visiting them bi-weekly, walking them through each exercise and providing companionship and moral support. 89-year old Frank Corner is one of the participants. Corner has always been active and rowed regularly until he was 87. Recently, he has been feeling a bit unsteady and wants to improve his balance. “I’d just like to be able to go to a dance,” he says, “I need to improve my balance to do that.”

With assistance from research assistant, Sarah Radcliffe, Corner has learned an exercise routine that will help him achieve those goals. During his bi-weekly home visits he works with Radcliffe to adjust his exercise plans and track his progress. At the end of the study, they will retest Frank’s fitness against his baseline measurements to see if his frailty score has improved. Dr. Papaioannou is optimistic that they will see significant results. “I believe that this is a model that can promote optimal aging in the participant’s home,” she says, “the tipping point can be prevented and together these strategies can combat frailty.”

The hope is that these small interventions will allow seniors to reduce their frailty and live longer, healthier lives. If the strategy is effective, the research team plans to implement it on a broader scale across the community with the ultimate goal of improving physical and mental well-being in seniors before they become vulnerable.