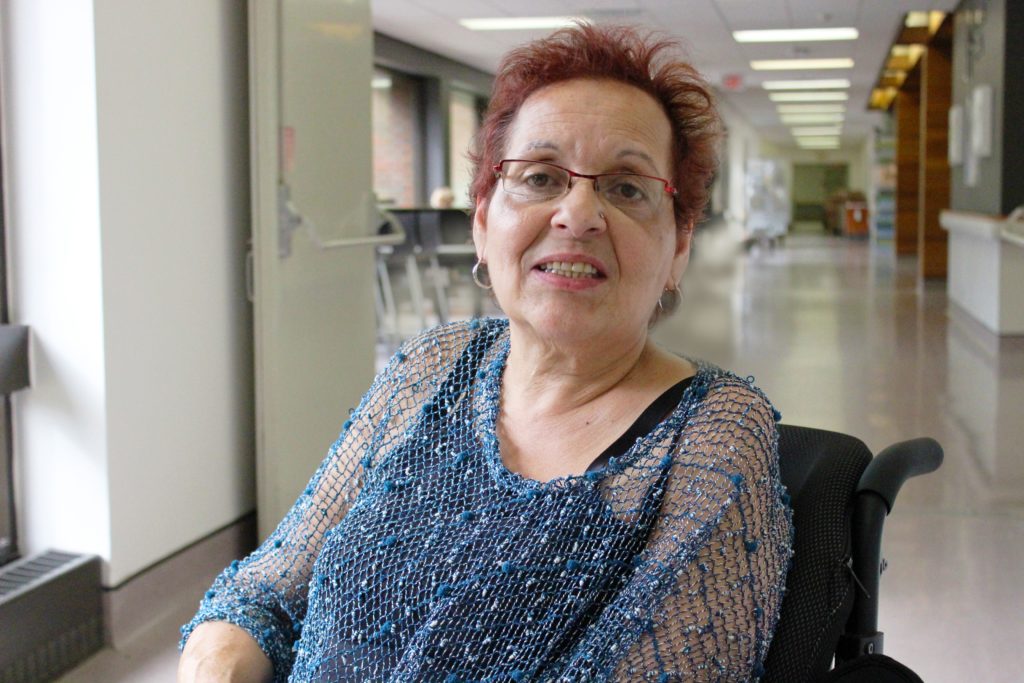 Lolla Ivascu of Hamilton has survived both cancer and a stroke, but she has never lost her determination to experience life to its fullest.

“I thought it was just the flu,” recalls Lolla. “I wasn’t getting any better and I kept losing weight, so I went to the Emergency Department at Hamilton General Hospital (HGH). That’s when I was diagnosed with kidney cancer.”

Lolla was transferred to Juravinski Hospital and Cancer Centre, where she underwent chemotherapy. Her kidney was subsequently removed, which ultimately put the cancer into remission, but her journey with Hamilton Health Sciences was not over yet.

“It started off as just an average day in November 2016. Suddenly I couldn’t lift my arm or leg. It was a stroke. I was rushed to Hamilton General Hospital, where I had an emergency operation to unblock a blood vessel.”

After spending two months at HGH, Lolla was transferred to St. Peter’s Hospital for an extensive program of rehabilitation.

“It was a major adjustment being confined to a wheelchair and not being able to dress myself or do things that I’d always taken for granted,” she says. “I was determined that I wasn’t going to spend the rest of my life in a wheelchair.”

Lolla regularly works with physiotherapists in the Restorative Care Gym, where she uses the exercise equipment to strengthen her muscles and regain her sense of balance. She is now able to get out of bed on her own, dress herself, and even walk with the assistance of a cane.

“I also do a lot of hand exercises that help me learn how to pick up small objects,” Lolla explains. “I see improvement every day. Slow and steady wins the race.”

Although Lolla is excited about returning home, she is greatly appreciative of the care she has received at St. Peter’s Hospital.

“It’s a tightly knit community here with all the staff and patients. The doctors, nurses, therapists and social workers are all good people who really care.”

This is a particularly exciting time for Lolla, as her family is preparing to welcome her first grandchild this year. The prospect of becoming a grandmother is a major motivating force in her rehabilitation.

“Donors should support The Foundation because donations make a real difference in the lives of patients and their families,” she says. “I keep getting stronger thanks to the care I received. You’ll see – one of these days I’ll be running after my grandkid!”