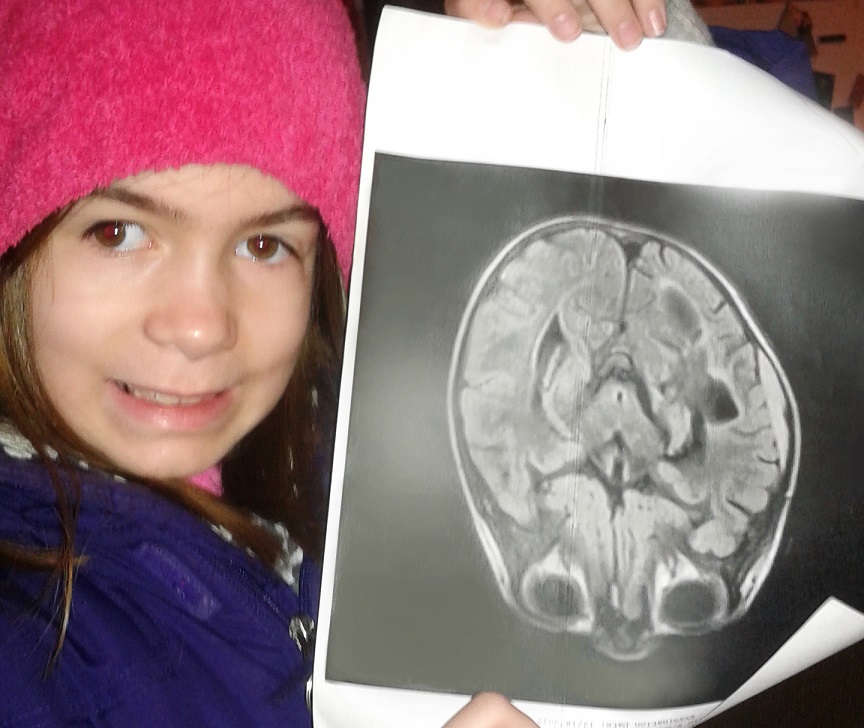 Abby was eight years old when she accidentally banged her elbow on a table in 2014. Her body stiffened like a board and her eyes rolled back into her head. Abby was having a seizure.

“It was terrifying to watch,” recalls Abby’s mother, April. “The seizure lasted 30 seconds and she had no memory of it afterward. We called 9-1-1 and Abby was taken to the hospital in St. Catharines. The doctor said the seizure was probably triggered when she hit a nerve in her elbow.”

Despite not hitting her elbow again, Abby experienced two more seizures in the following weeks – one while shopping and one while playing on the computer at home. She was taken to her local hospital again for an MRI, which revealed that a 5-cm tumour was growing on her brain.

The expertise of a pediatric neurosurgeon was required. Abby was transferred to McMaster Children’s Hospital (MCH), where she underwent brain surgery the following week.

“The surgery lasted several hours and the wait was nerve-wracking,” remembers April. “I was told that it was a complicated procedure, especially since the blood supply for the tumour was wrapped around an optic nerve.”

Luckily the entire mass was successfully removed from Abby’s brain and she experienced no more seizures in the months immediately following the surgery.

“She was always strong throughout everything that happened,” says April. “Abby is so brave and I’m very proud of her.” Abby began to experience seizures again a year after the surgery. She returned to MCH for an EEG scan, which revealed that she was suffering from a type of epilepsy.

“She was always strong throughout everything that happened.”

Oral medication was prescribed, which successfully stopped the seizures. Abby’s care team at the Hospital is aiming to wean her off the medication gradually with hopes that the seizures will not return again.

“The doctors and nurses are wonderful to Abby and we’re grateful for the amazing care they provide. I’d also like to thank donors who support the important work at MCH that helps patients like my daughter.”