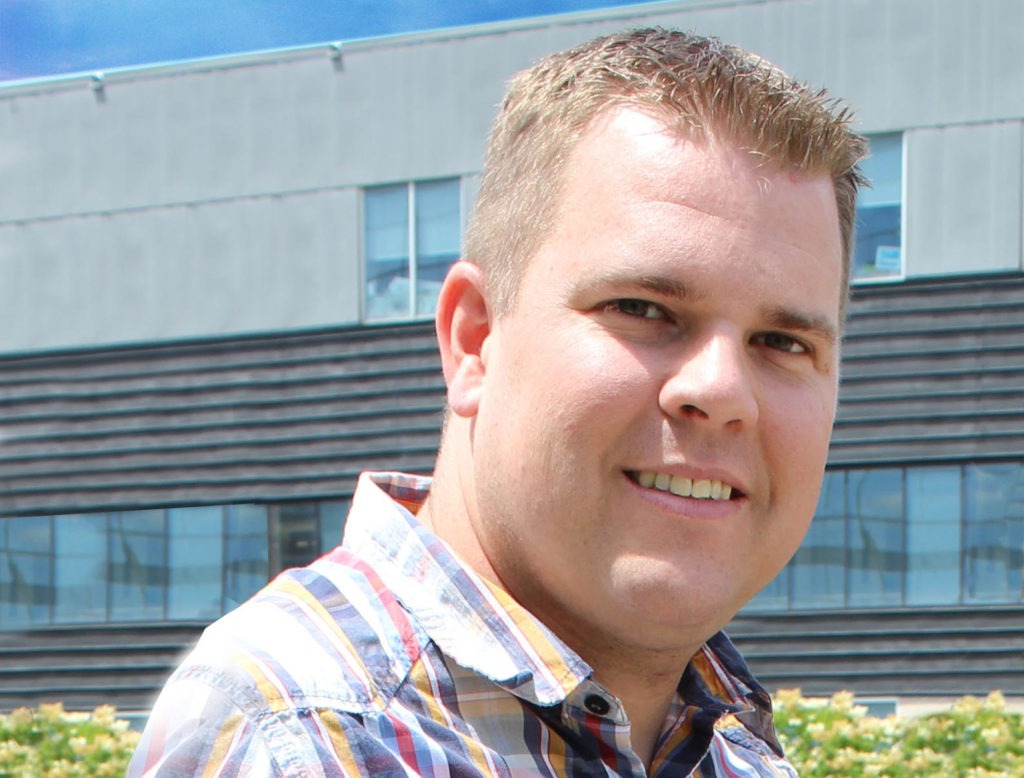 When the unexpected happens: Ankle sprain leads to brain injury

When Dave Nash sprained his ankle playing volleyball, it seemed like nothing more than a minor setback. Little did he know that this injury would lead to a rare brain disorder.

Dave visited his local emergency department in Brantford immediately following the accident in April 2015. During a follow-up appointment with his physician, an Ultrasound revealed a small blood clot in his ankle. three days later, he collapsed suddenly at his home. His heart stopped beating in the ambulance, and twice more once he arrived to the emergency department. The blood clot had moved from his ankle to his vital organs and had become so large that it was preventing his heart from beating and his lungs from processing oxygen. The clot was eventually dispersed with medication, but the resulting brain damage would have significant ongoing effects.

“Since I couldn’t stop the tremors, I couldn’t walk, shower, or eat on my own.”

During his nine days in the intensive care unit at his local hospital, Dave began to experience nonstop tremors throughout his body, and his limbs would thrash violently in response to the slightest external stimuli.

Eventually, Dave was transferred to Hamilton General Hospital (HGH), the regional cardiac and trauma centre, where he was diagnosed with Lance-Adams Syndrome, an extremely rare condition characterized by spasmodic jerking of muscles after a patient’s heart has been restarted.

“Basically, my brain is angry at my body for going so long without oxygen,” Dave explains. “Since I couldn’t stop the tremors, I couldn’t walk, shower, or eat on my own.”

Doctors at HGH were able to treat Dave’s tremors successfully with medication and he was eventually transferred to the Acquired Brain Injury Program at the Regional Rehabilitation Centre where his rehab team helped him to regain his strength and abilities.

Dave returned home at the end of June 2015, his ongoing recovery surpassing all expectations.