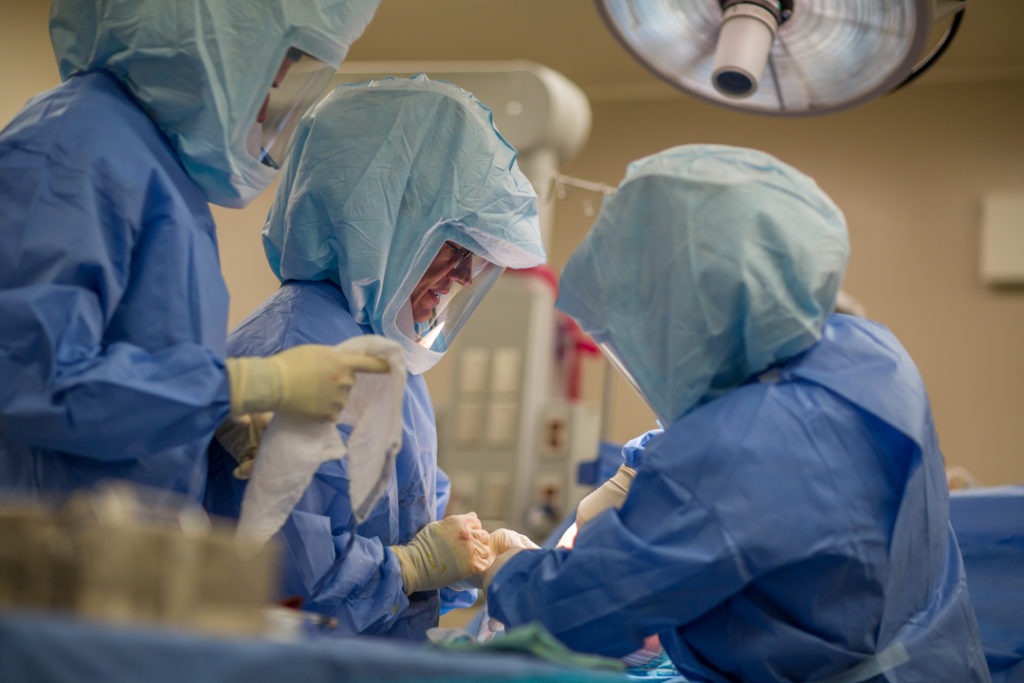 Study: Who will have complications after surgery?

A common blood test done before surgery can predict who will experience complications after most types of surgery, say Hamilton Health Sciences (HHS) researchers.

Globally, of the 200 million adults who undergo major surgery, 18 per cent will experience serious cardiac and vascular complications including death within 30 days following their operation, including hip and knee replacements, bowel resections and abdominal aortic aneurysm repair.

“Any type of surgery has the potential to cause damage to heart tissue, through blood clot formation, long periods of inflammation, or bleeding,” said study lead, Dr. P.J. Devereaux, cardiologist at HHS and researcher at HHS’ and McMaster University’s Population Health Research Institute (PHRI).

“This blood test is twenty times cheaper than more time-consuming tests such as cardiac stress tests and diagnostic imaging.”

The VISION study looked at whether levels of a cardiac blood test, NT-proBNP, measured before surgery can predict cardiac and vascular complications. Higher levels of NT-proBNP, which can be caused by various problems in the heart muscle such as stress, inflammation, or overstretch, can help identify which patients are at greatest risk.

The study included 10,402 patients aged 45 years or older who had non-cardiac surgery from 16 hospitals across nine countries.

“Now, doctors can predict who is at greater risk of heart attacks and other negative vascular events after surgery,” said Dr. Devereaux.

Easy, affordable test could save lives

This phase of the VISION study builds upon six years of research to understand the many factors that lead to cardiac complications because of surgery.

“This simple blood test can be done quickly and easily as part of patient’s pre-operative evaluation and can help patients better understand their risk of post-operative complications and make informed decisions about their surgery,” said first author of the publication, Dr. Emmanuelle Duceppe, internist and researcher at the Centre Hospitalier de l’Universite de Montreal (CHUM), PhD candidate in clinical epidemiology at McMaster, and associate researcher at PHRI.

“This blood test is twenty times cheaper than more time-consuming tests such as cardiac stress tests and diagnostic imaging,” she said.

“Now, doctors can predict who is at greater risk of heart attacks and other complications after surgery.”

Results of this simple blood test may inform the type of surgery the patient will undergo, such as laparoscopic or open surgery, the type of anesthesia used during surgery and who will require more intense monitoring post-operatively.

Blood test results can also reduce the need for pre-surgical medical consultations for patients that show no risk for cardiac complications.

“Heart injury after non-cardiac surgery is emerging as an important health issue requiring attention. Using CIHR funding, the research group led by PHRI and Dr. Devereaux, has clarified the association between an elevation of a common biomarker and the risk of per-operative morbidity and mortality,” said Dr. Brian H. Rowe, Scientific Director, Institute of Circulatory and Respiratory Health, Canadian Institutes for Health Research.