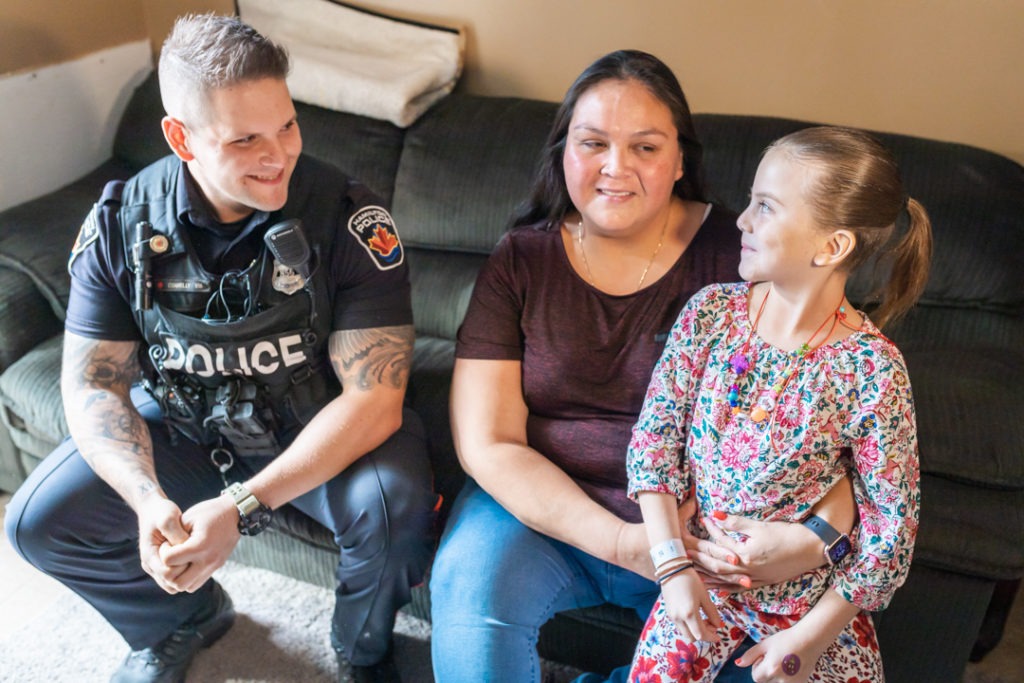 Rose Antone says she has a lot of people to thank for saving her daughter’s life. She tears up just thinking about what could have happened if they hadn’t all come to 7-year old Tiannah’s aid.

The young girl was participating in Gatestone Elementary School’s Terry Fox Run earlier this month when she collapsed on the track. School staff immediately recognized the seriousness of the situation and called 9-1-1. They grabbed their AED (automated external defibrillator) to have on hand in case she stopped breathing.

“We learned through this emergency not to limit possible options in emergency situations,” says Gatestone principal, Kelly Reilly-Scott. “Having the AED  available and ready for use when the first emergency responder arrived was crucial for this child.”

Hamilton Police were the first emergency responders to get to the school. When police constable, Sean Connelly, examined Tiannah, she was declining rapidly. Then her heart stopped beating.

“She took her last breath in front of me,” recalls Connelly, who has young children of his own. “My training kicked in and I started doing chest compressions and the teacher passed me the AED.”

His quick action kept Tiannah alive until paramedics and firefighters arrived shortly after.

They took her to Juravinski Hospital (JH), the closest emergency department. The team there provided emergency care to stabilize her vital signs, and then transferred her to the Pediatric Intensive Care Unit (PICU) at McMaster Children’s Hospital (MCH) for specialized care. Her doctor and nurse from JH travelled with her to provide extra assistance.

“Because they came with her, we were able to get a really clear picture of what had happened so far,” says Dr. Karen Choong, an intensivist in the PICU at MCH. “Everyone who took care of her in those early minutes played a part in saving her life.”

“As a parent, it was really terrifying,” says Rose. “My little girl had a tube down her throat, and I just kept thinking the worst could still happen. Once we got settled in at McMaster Children’s’ Hospital, I started to feel like things were going to turn out okay.”

Tiannah hadn’t had any previous heart trouble, and her family had no reason to suspect she had a heart condition. After extensive testing, she was diagnosed with restrictive cardiomyopathy, which makes it hard for the lower part of the heart to get enough blood.

Dr. Choong describes Tiannah’s recovery as remarkable. She says the little girl has been incredibly resilient and has defied the odds with how quickly she regained her strength.

Tiannah reunites with officer who saved her life

She certainly seemed back to her normal self when she reunited with police constable Connelly earlier this week at her home. The man who saved her life gave the little girl a big hug as they talked about the moment she stopped breathing. Tiannah and her family, who are part of Oneida first nation, gifted him with a handmade medicine pouch filled with sage and sweetgrass.

“We hope it offers him the same protection he gave to Tiannah,” says Rose. “Our creator sent him to her as a guardian angel and we are so grateful. We’re very thankful for everyone who has been a part of her healing journey.”
Tiannah has been outfitted with an implantable cardioverter defibrillator which will shock her heart back into rhythm if it stops again. Her condition will eventually weaken her heart, and doctors have advised she may need a transplant one day. 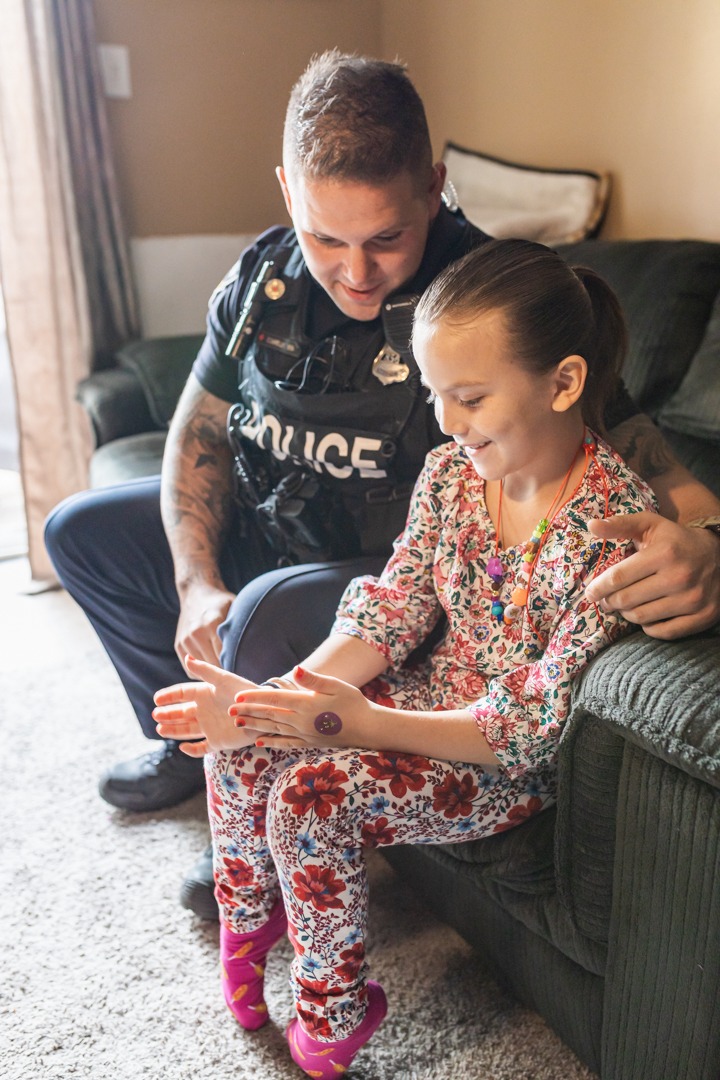 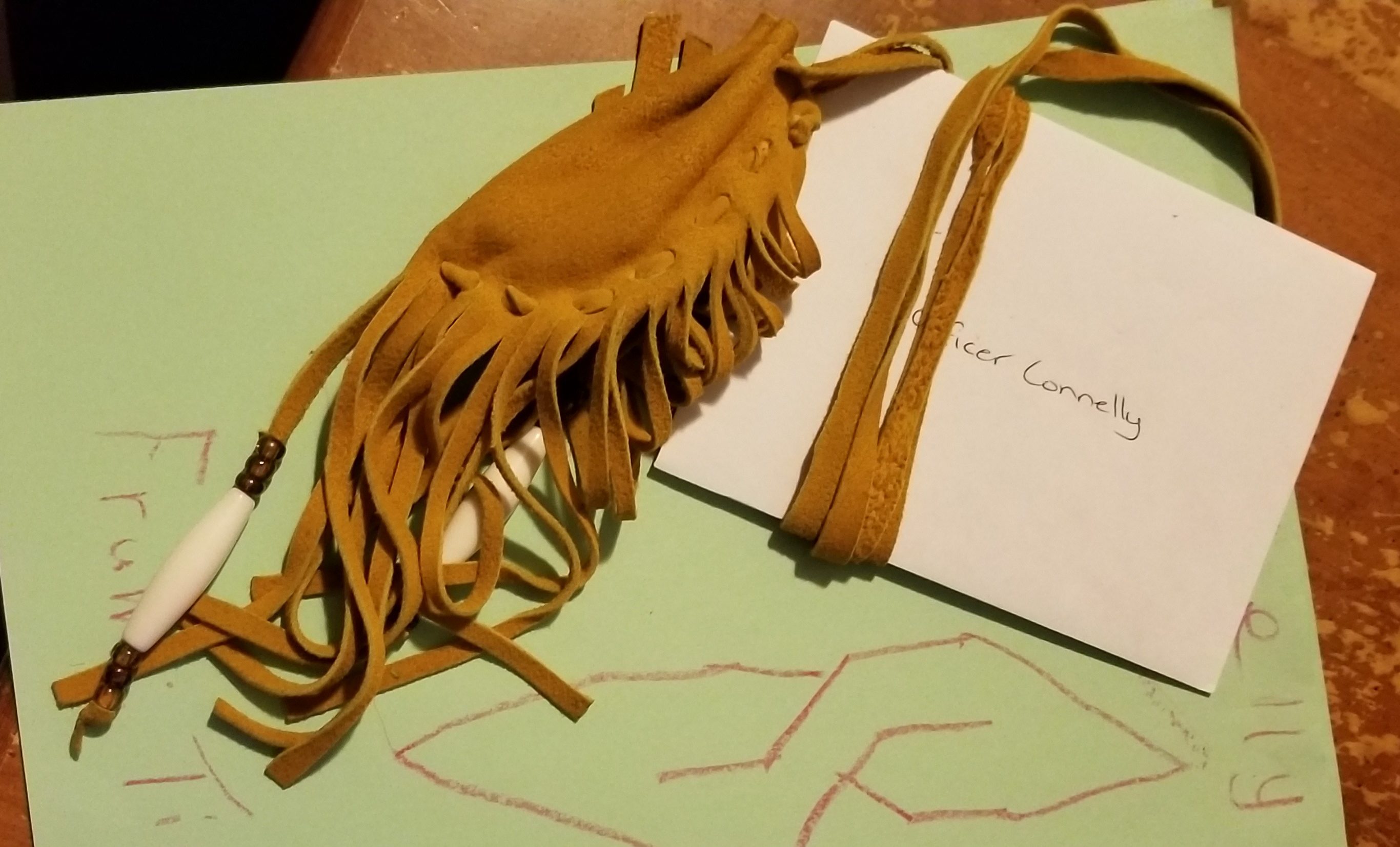 The family is preparing for that possibility, but for now, they are focused on enjoying the little girl they came so close to losing.