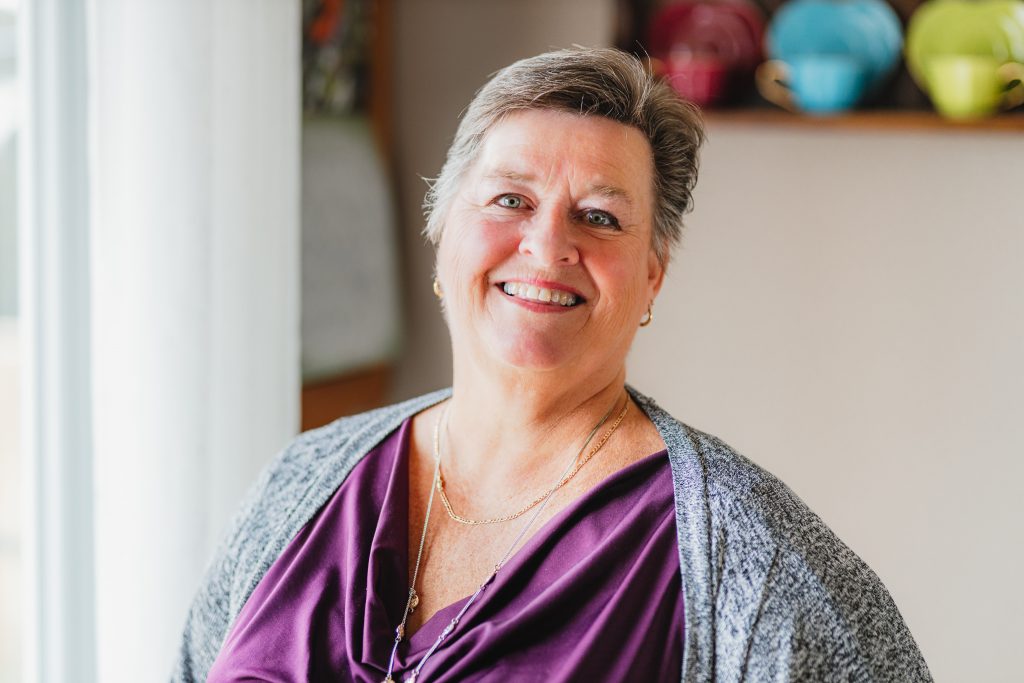 Janet Piersma has plenty to smile about now that she’s free of epileptic seizures.
Stories

When Janet Piersma’s doctor recommended brain surgery as a cure for her epilepsy, the Beamsville grandmother didn’t think twice.

“I wanted to be free from something that was controlling my life,” says Piersma, who has lived most of her adult life with epilepsy.

For certain patients, like Piersma, surgery can cure epilepsy. Piersma has been seizure-free since undergoing brain surgery in August 2017. She’s sharing her story for Purple Day, held annually on March 26 to raise awareness of epilepsy, which affects one to two in every 100 Canadians.

“I have had many patients who are good candidates for surgery but refuse this option out of fear.” — Dr. Michelle Shapiro.

“I hope my story will encourage those who are good candidates for surgery to consider it,” says Piersma. “I know that it’s a very scary prospect to have somebody cut into your head, but it was worth it for me to be free of seizures.”

Epilepsy is a central nervous system disorder that causes seizures. Anyone can develop it at any age, though it’s more common in the young or elderly, and some children may outgrow the condition as they get older.

Piersma was 25 years old and six months pregnant when she experienced her first seizure. It happened in her sleep and she woke up in hospital after her husband called an ambulance. Medication allowed her to live a normal life until her 40s when seizures flared up again.

“I was seizure-free thanks to medication for a long time, until I became premenopausal, then it didn’t matter what mediation I took. The seizures kept coming back.”

About 60 per cent of patients with epilepsy will do well with medication, while the remaining 40 per cent will not. Of those 40 per cent, about half can be treated with surgery. 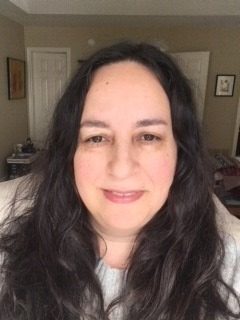 Neurologist Michelle Shapiro is Piersma’s doctor at Hamilton Health Sciences (HHS). She knew Piersma would be a good candidate for surgery. To investigate this option further, Piersma was admitted into the Epilepsy Monitoring Unit at HHS’ Hamilton General Hospital for two weeks.

“While surgery can cure epilepsy, not everyone is a candidate,” says Shapiro. “My job includes figuring out which patients could benefit from this pathway.”

The epilepsy inpatient unit monitors patients 24/7 using an electroencephalogram (EEG), which detects electrical activity in the brain using small electrodes attached to the scalp. It’s one of the main diagnostic tests for epilepsy.

My first night there I had a seizure,” recalls Piersma.  “They almost always happened at night, in my sleep.”

Piersma remains grateful to the unit’s staff for the care and support she received. “The team was exceptionally kind, caring, loving and supportive. It’s hard when you’re lying in a bed, with electrodes stuck to your head, waiting on seizures. The staff were so good to me and really helped me pass the time.”

Other tests used to determine if patients are candidates for surgery include magnetic resonance imaging (MRI) – a medical imaging technique that uses a magnetic field and computer-generated radio waves to create detailed images of the brain. Candidates for surgery also undergo neuropsychology testing that looks at such things as memory, executive function (such as self-control, planning and organization) and language function.

“We put all of this information together to see who’s a good candidate,” says Shapiro. Tests found that Piersma had a structural brain abnormality that could be operated on. In other words, her epilepsy was curable with surgery.

While Piersma didn’t hesitate, many patients balk at the idea of brain surgery.

“It’s not like these physicians flip burgers for a living and do brain surgery on the side. They’re highly-trained professionals.” — Janet Piersma

“The more we make epilepsy part of the conversation, the more we help reduce stigma and fear,” says Shapiro. “I have had many patients who are good candidates for surgery but refuse this option out of fear.”

Piersma encourages patients to trust the experts. “It’s not like these physicians flip burgers for a living and do brain surgery on the side,” she quips. “They’re highly trained professionals, and I would encourage people to trust them the same way they trust doctors operating on any other part of the body.”

Piersma had her surgery at University Hospital in London, Ontario, just a few days before her birthday.

London and Toronto are the two main centers in Ontario for adult epilepsy surgeries. Hamilton Health Sciences is working on having a full-fledged epilepsy surgery program so patients won’t need to travel elsewhere, says Shapiro.

“It was a wonderful birthday gift because it freed me,” says Piersma, whose pre-surgical and follow up care was at HHS.

Now seizure-free, she’s enjoying more quality time with her 11 grandchildren. “I can have my grandkids for sleepovers and hold the little ones because I don’t have to worry about having a seizure in the middle of the night or dropping them.” 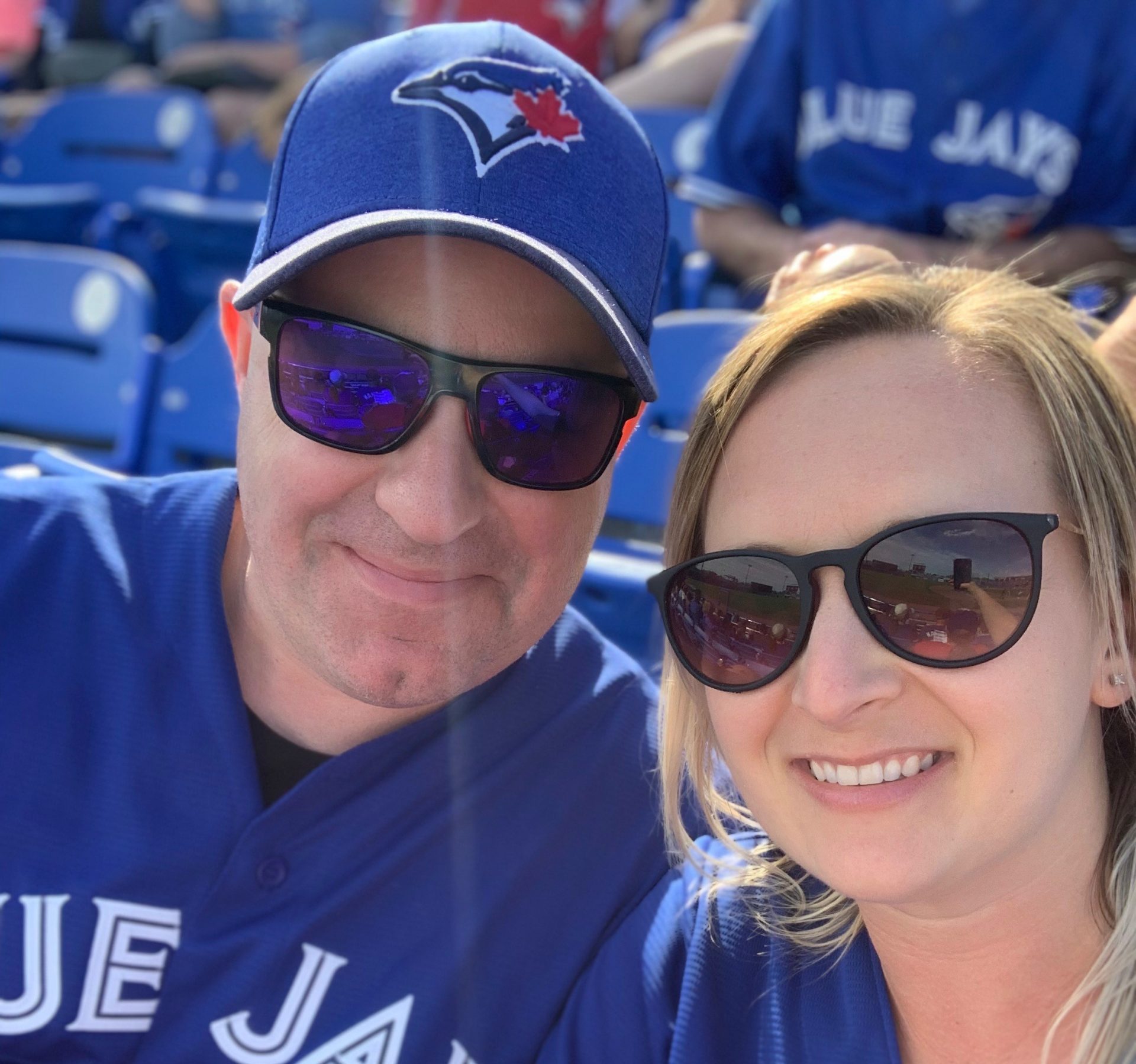 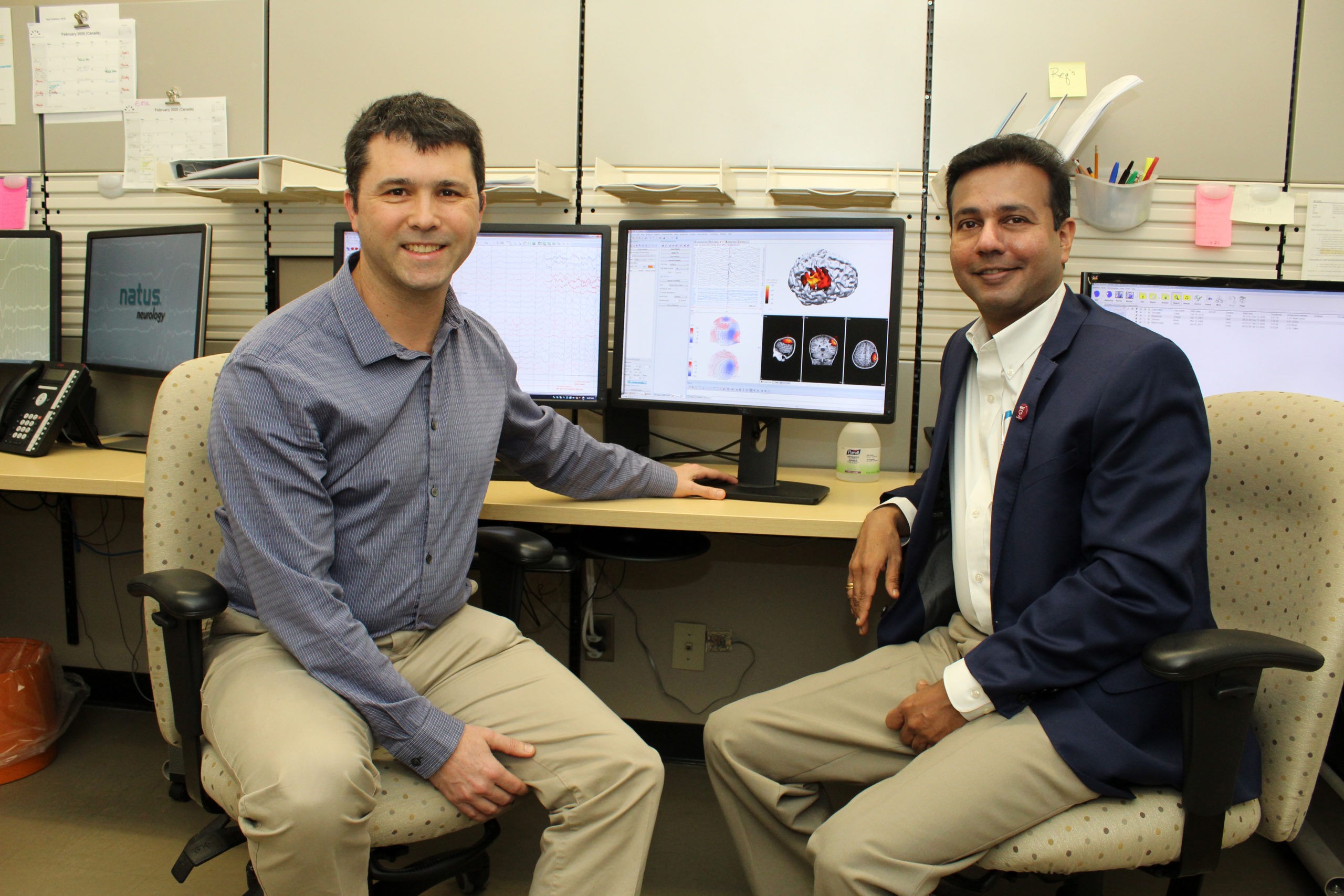