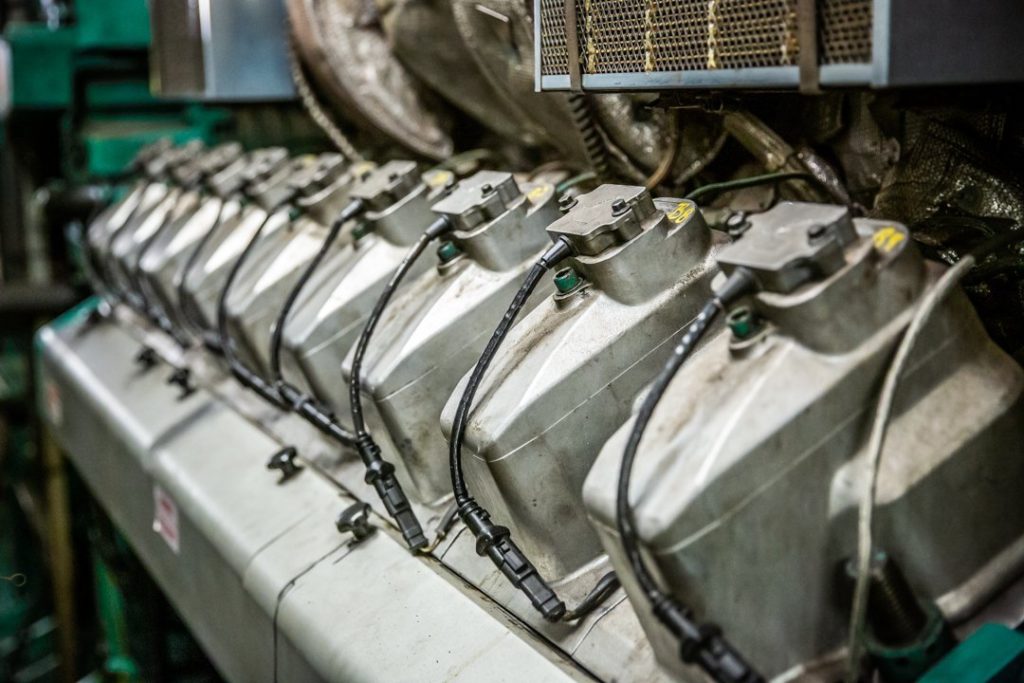 Six, giant 18 cylinder engines in the cogeneration plant are what keep the lights on and heat circulating at McMaster University Medical Centre. Six engines, and a team of engineers and tradespeople who make sure they stay functional around the clock.

Cogeneration plants recover the “waste heat” that is otherwise discarded in conventional power generation systems. Instead of heating air and water directly with natural gas, the gas is used to power six engines that create electricity. The heat from these engines supplies an intricate system, and transfers energy for water heaters, building heat, and air conditioned cooling.

The net result is cheaper power, even with fluctuating prices for natural gas and electricity supplied from the local grid.   Juravinski Hospital and Cancer Centre and Hamilton General Hospital also operate cogeneration plants.

In this Up Close series, take a look underground at the machines and engineers that keep the hospital running. 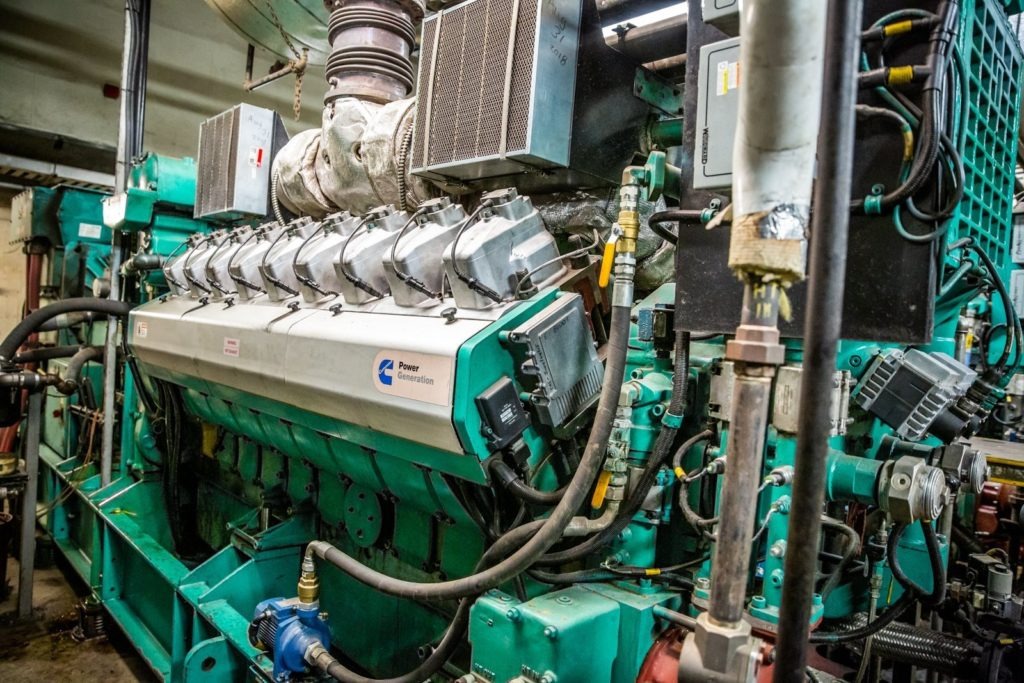 The plant has six 18-cylinder engines powered by natural gas. Each produces a maximum 1.7 megawatts of power at max output, with a total output of 10.2 megawatts.
1 of 14 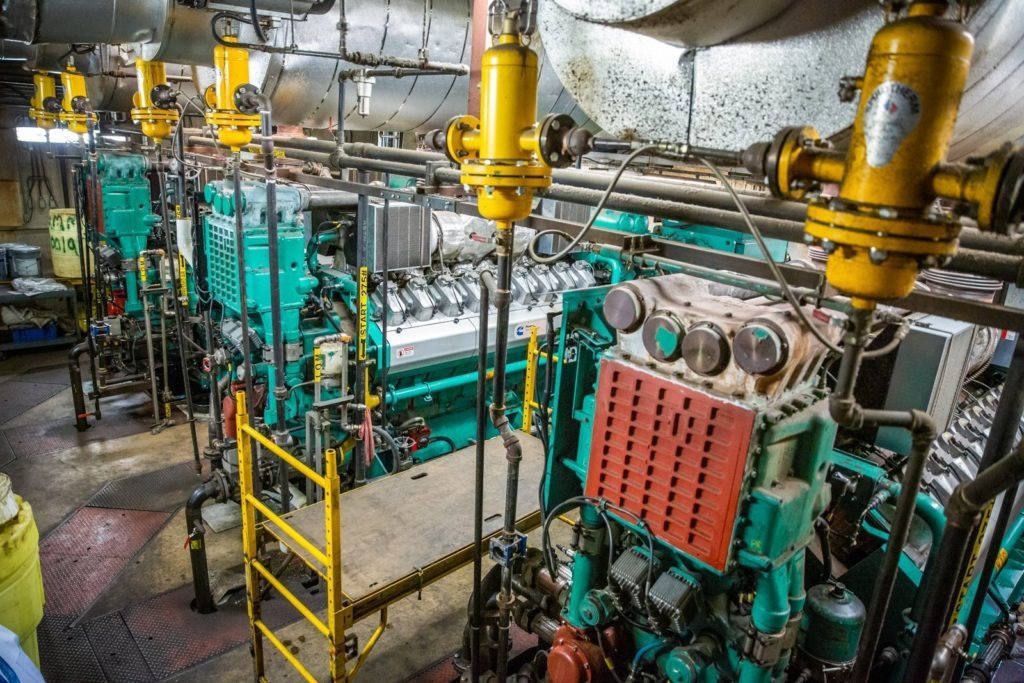 The main engine's exhaust gases go through an intricate system that creates steam, which eventually heats the building.
2 of 14 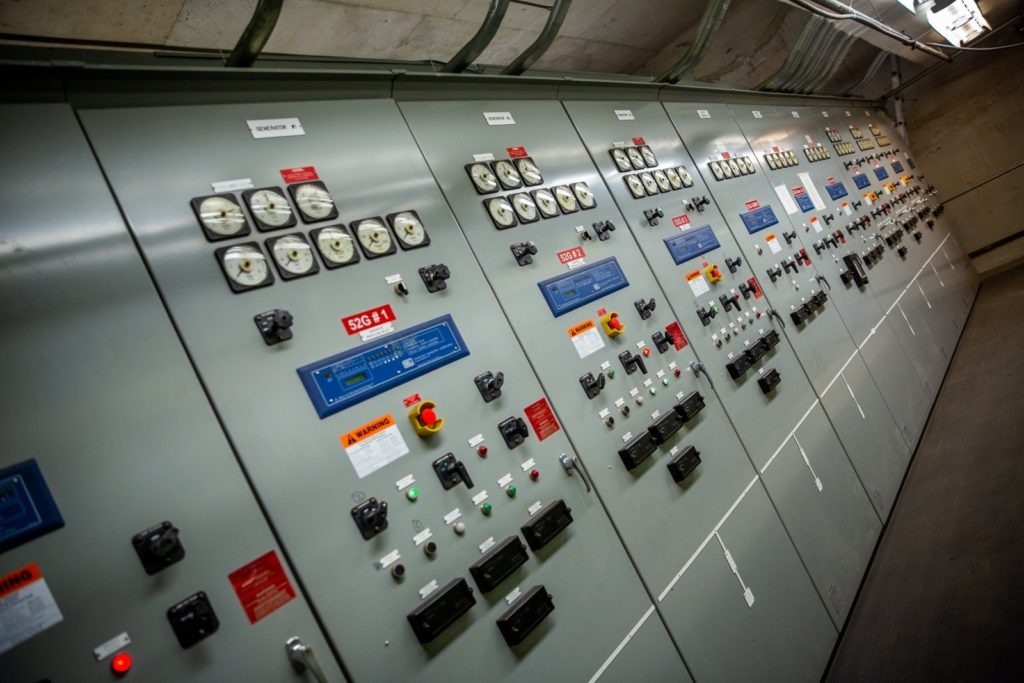 Each of these high voltage switches controls 15,000 volts of power that supply the entire building. They function similarly to the circuit breaker in your house.
3 of 14 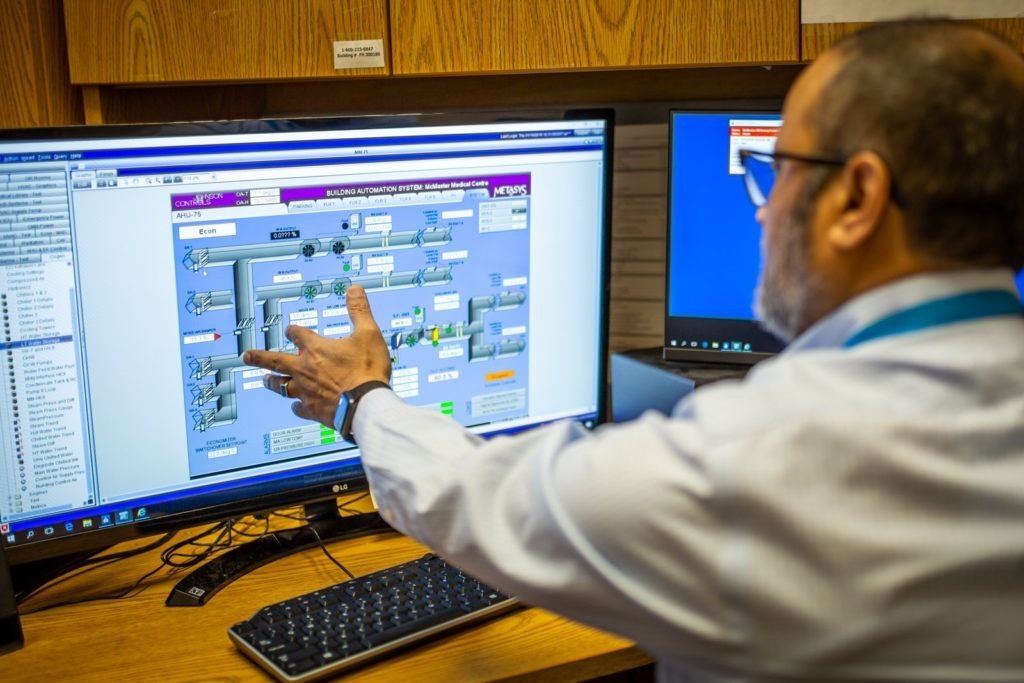 The 36 different air handling systems in the building are monitored closely to make sure they are working as they should. They supply critical areas including operating rooms and radiology.
4 of 14 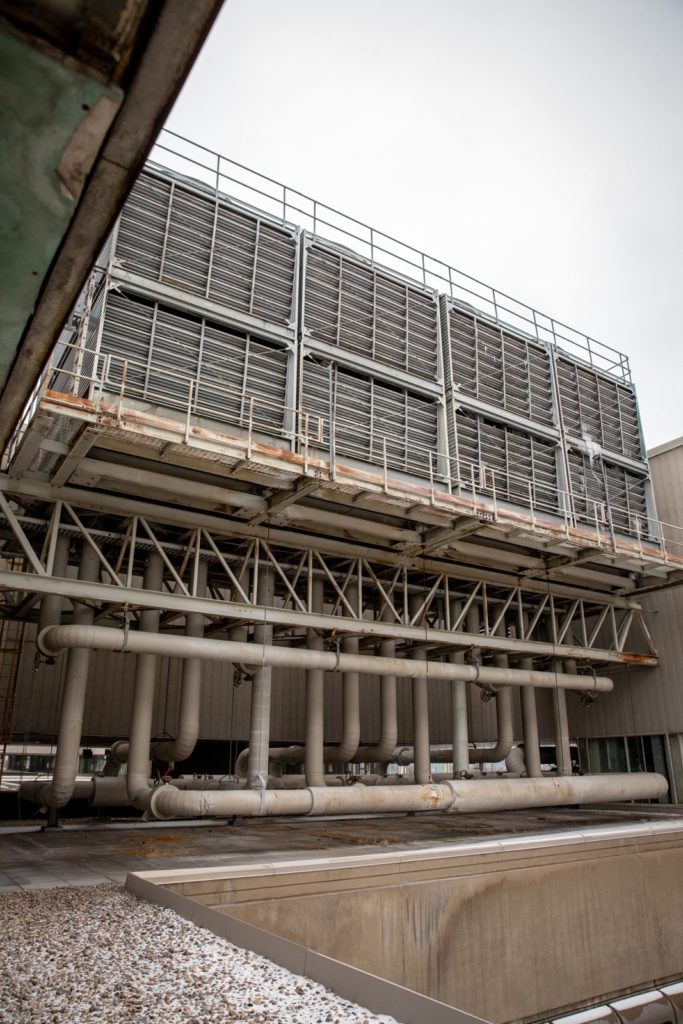 The cooling towers supply cooled water for condensers in the air conditioning system.
5 of 14 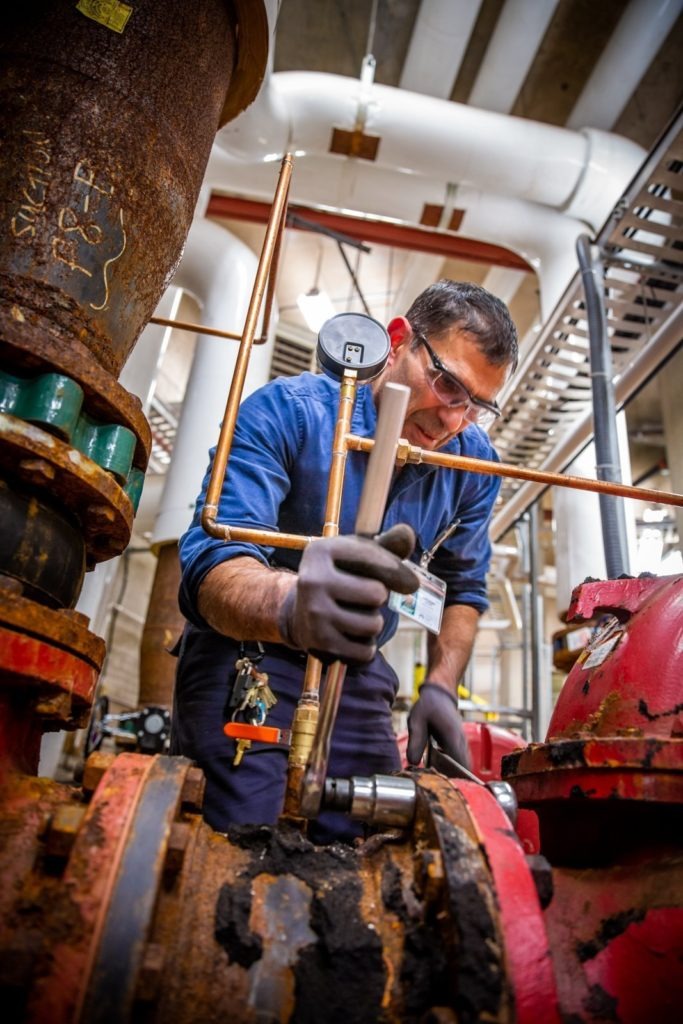 Tony, an industrial millwright, is replacing a chill water pump in an air handler that controls air conditioning. Air conditioning is still used during winter months to cool down equipment like MRI machines and CT scanners.
6 of 14 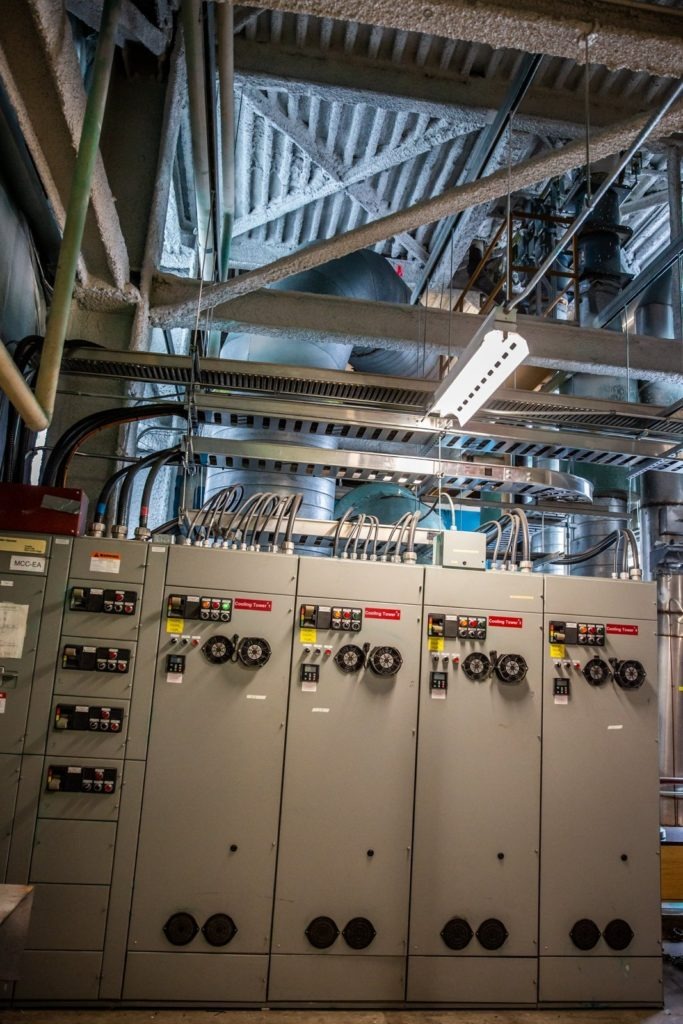 Variable frequency drives are used to control fans. They can increase and decrease fan speed as demand changes. This saves energy by only running at the required speed.
7 of 14 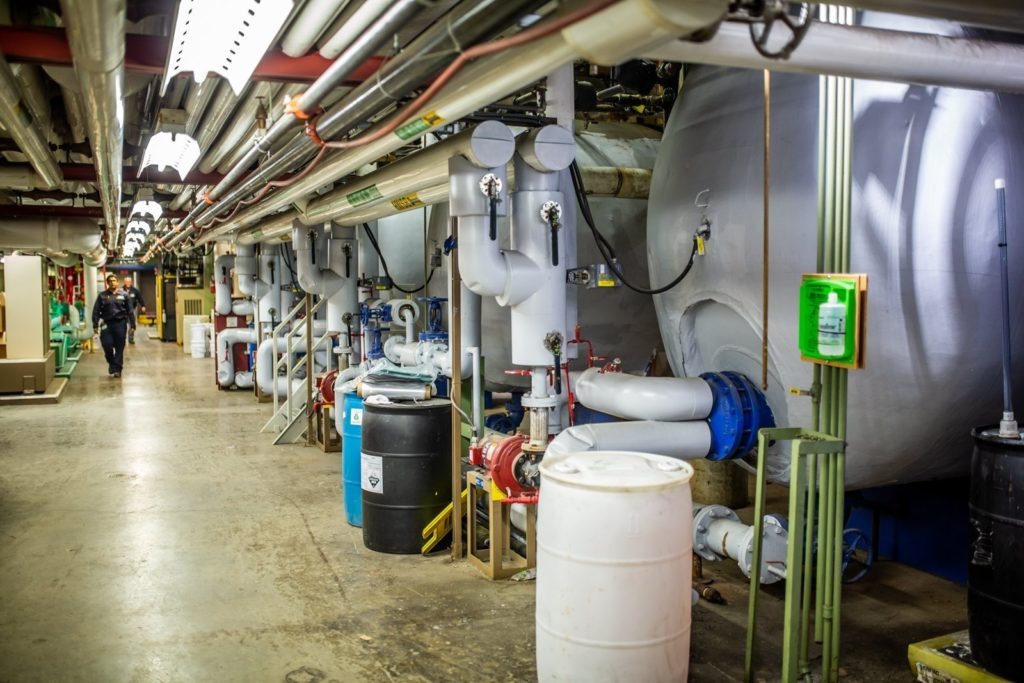 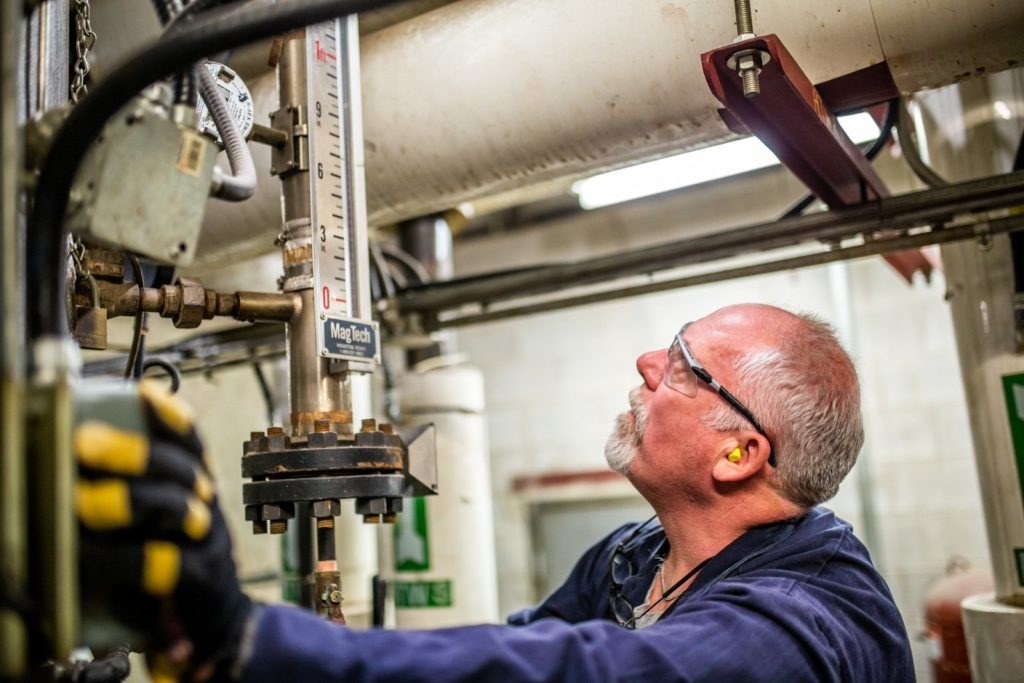 Chris carries out a daily routine to make sure there’s enough water circulating to the boiler to protect the equipment.
9 of 14 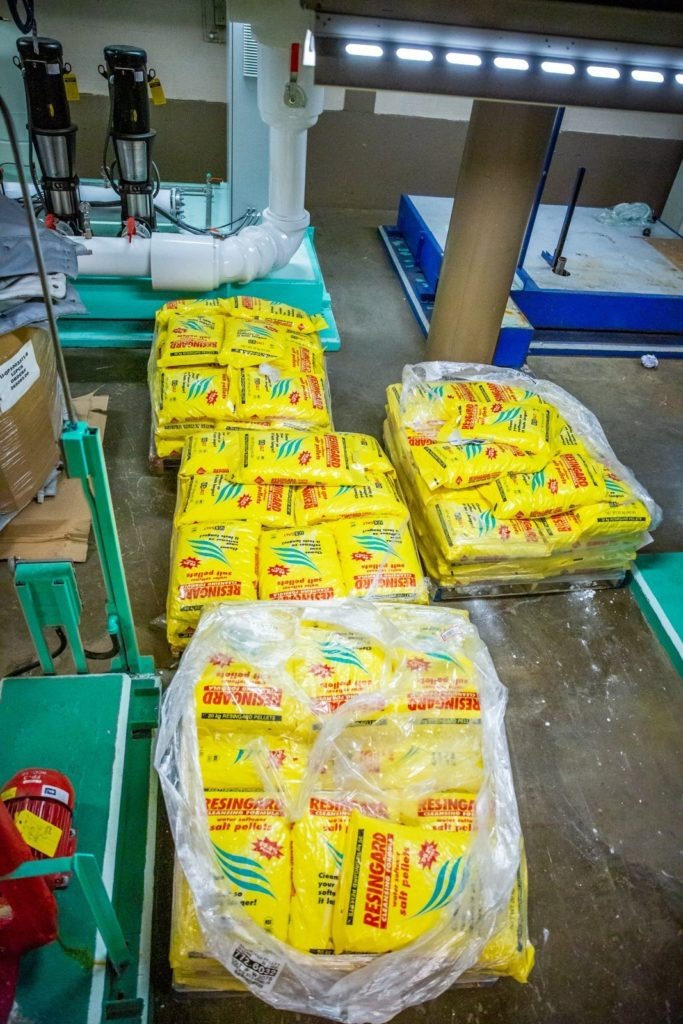 Water softening salt is used in the heating system to prevent corrosion and deterioration that can be caused by hard water. Nearly 2000lbs of salt is used every month!
10 of 14 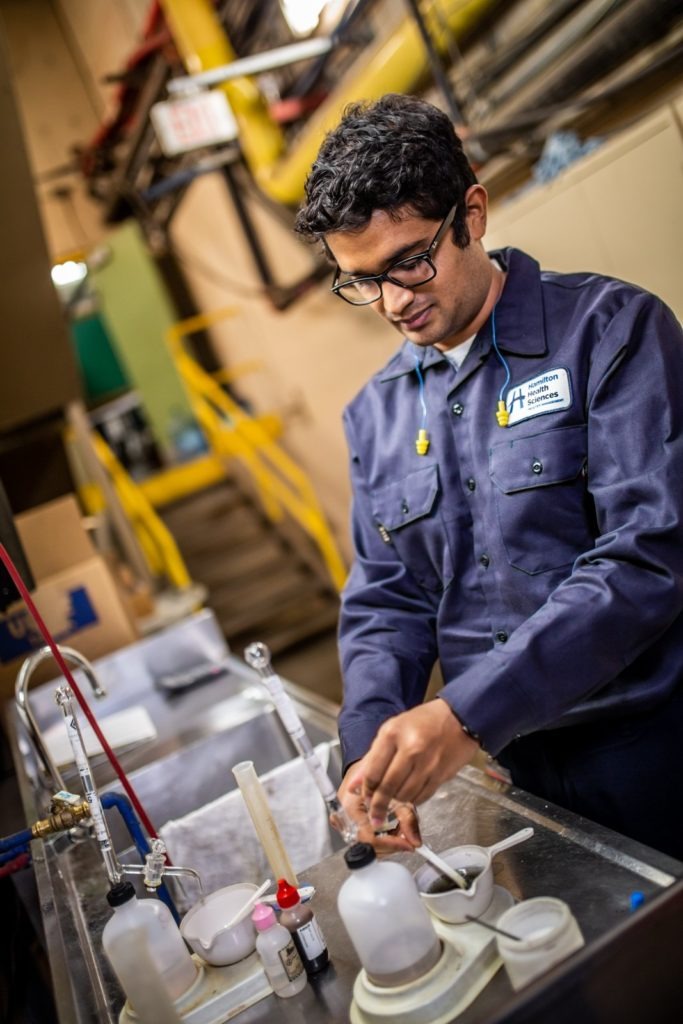 Water needs to be tested daily to keep equipment, piping, and coils in good condition. Adam is checking for the balance of alkalinity, acidity, hardness, and total resolved solids in the system.
11 of 14 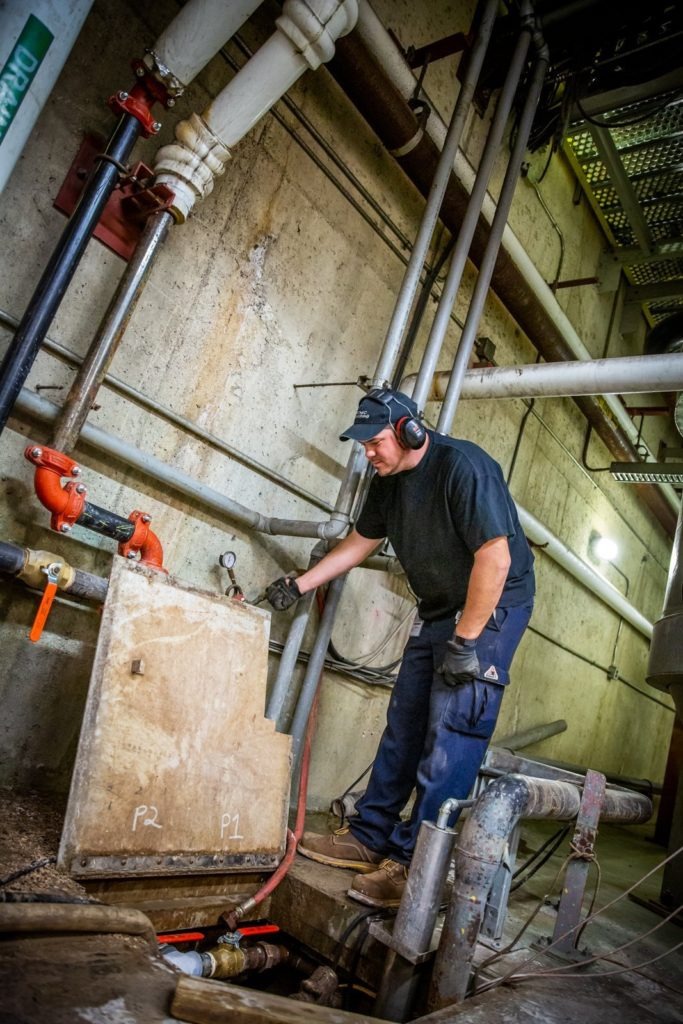 Jeff, the electrician on the cogeneration team, is investigating the failure of a sump pump.
12 of 14 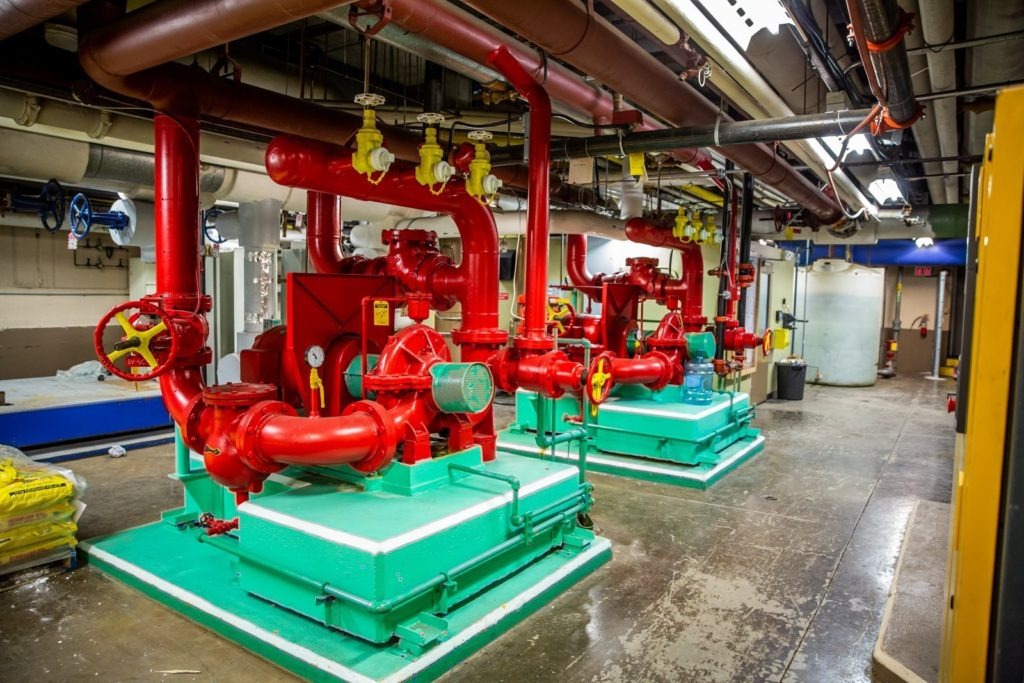 Two large pumps support the fire suppression system. They maintain water pressure in case it drops during a fire. One pump supports the sprinkler system and the other supports the manned hoses in hallways.
13 of 14 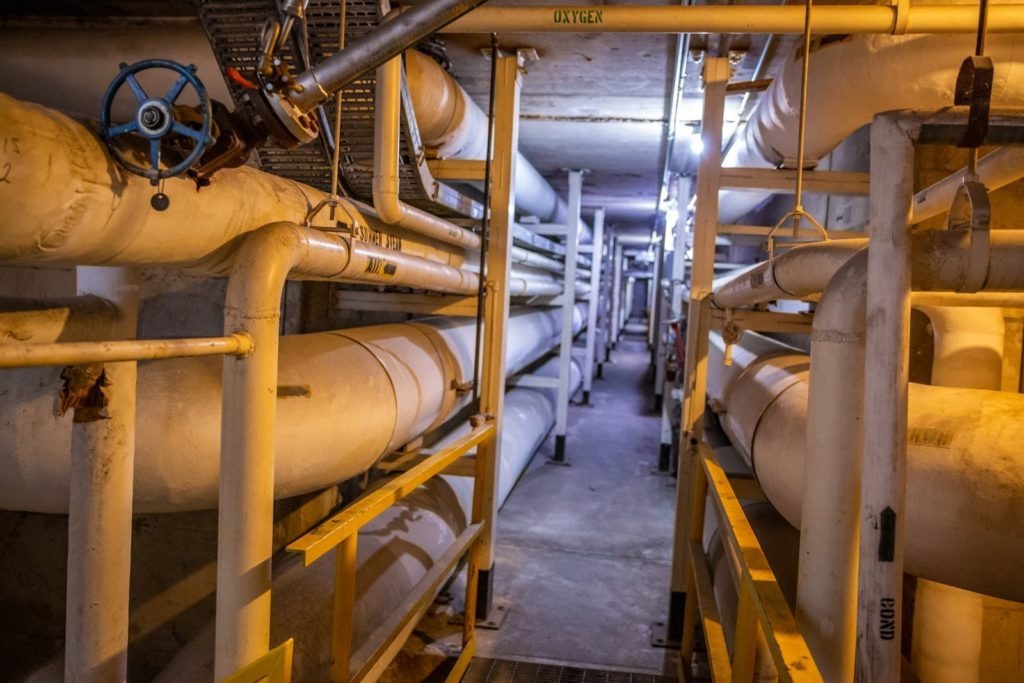 This tunnel connects the McMaster University power plant to the hospital for back up. It supplies chilled water for cooling and steam for heat.
14 of 14

If you enjoyed this photo set, have a look at other collections in the Up Close series:

Prosthetics and Orthotics in Motion