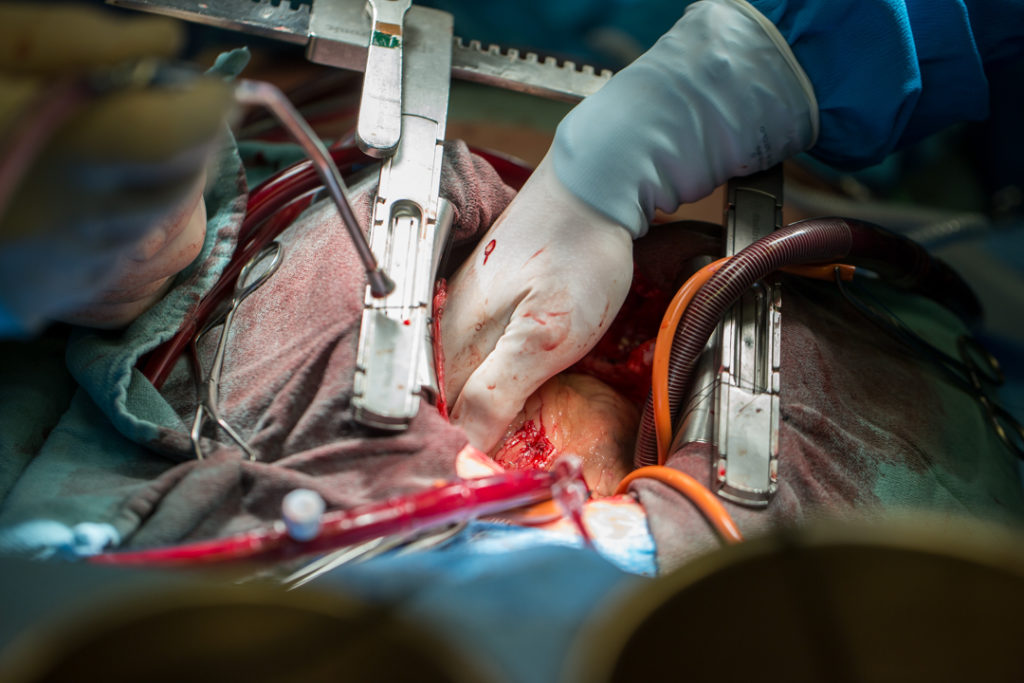 The patient’s chest is held open by a sternal retractor while Dr. Whitlock lifts the heart to take a closer look at the surrounding blood vessels.
Stories

Take a sneak peek inside an open heart surgery at Hamilton General Hospital (HGH). More cardiac surgeries occur at HGH each year than any other hospital in Ontario.

Pictured is a coronary artery bypass grafting (CABG) procedure performed by Dr. Richard Whitlock and his team. A CABG procedure is performed in some patients who have severe coronary artery disease (CAD), the most common form of heart disease. Coronary artery disease happens when arteries in the heart are blocked by a build-up of plaque. This can lead to chest pain (angina) and heart attack due to lack of oxygen to the heart. In a CABG procedure, surgeons take a vein from the patient’s leg or lung area and use it to create a new channel for blood to flow past the blocked heart artery. 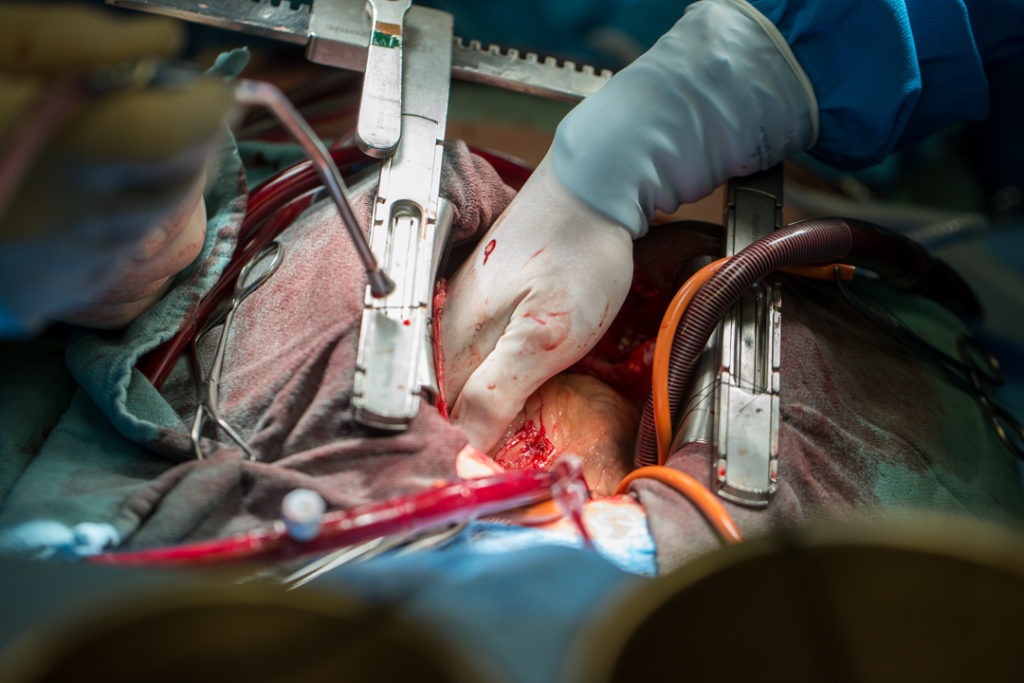 The patient’s chest is held open by a sternal retractor while Dr. Whitlock lifts the heart to take a closer look at the surrounding blood vessels.
1 of 13 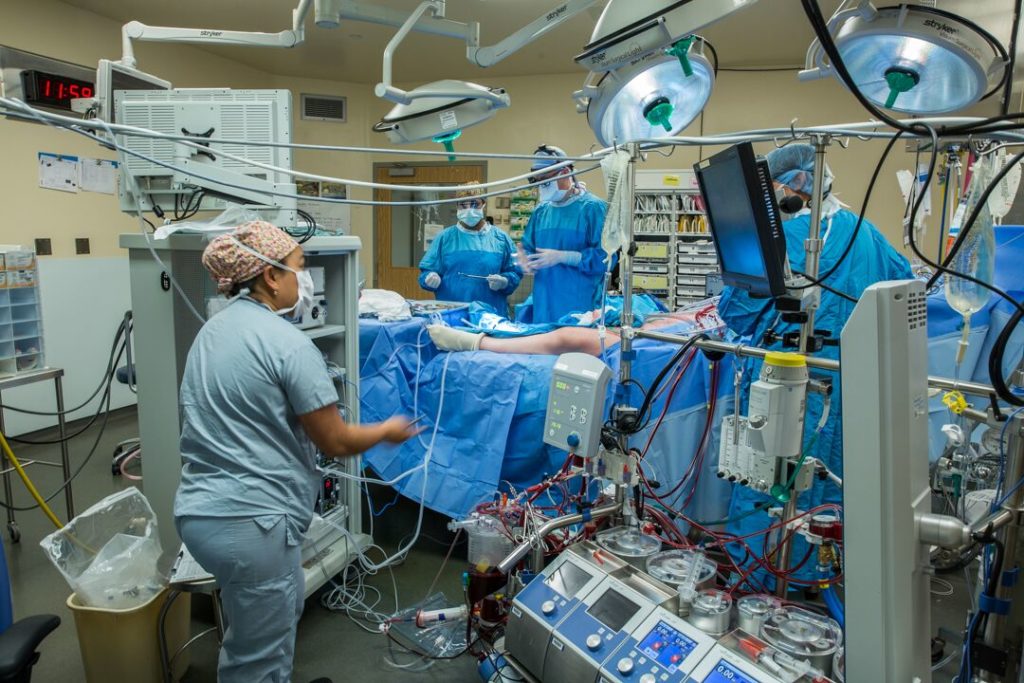 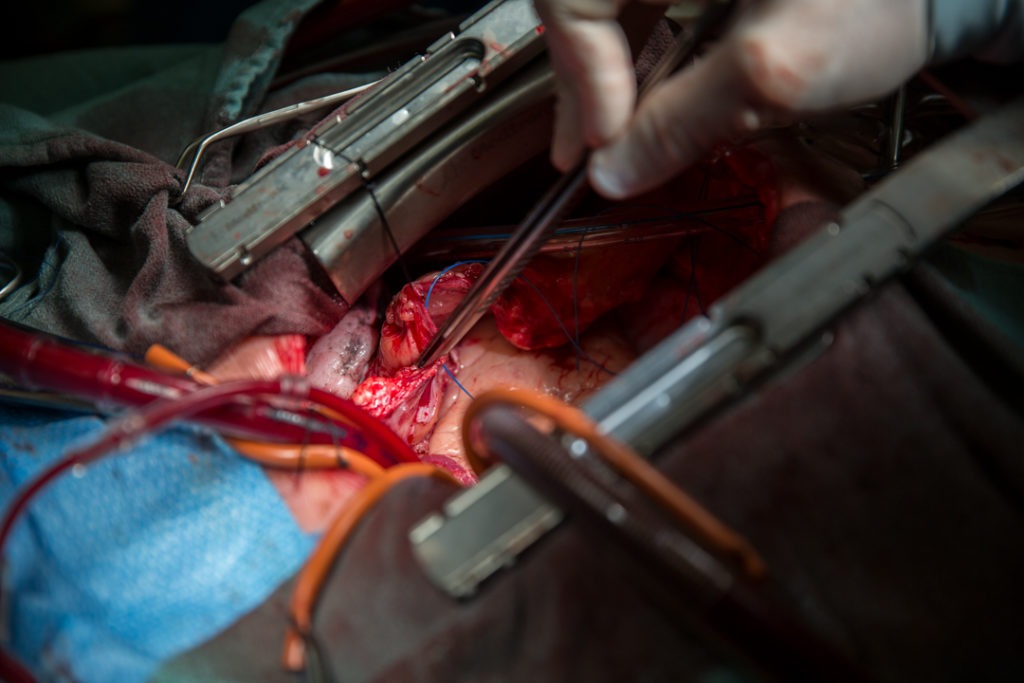 Dr. Whitlock looks inside the patient’s lung cavity for an artery to be used in the bypass graft. In CABG procedures, vessels are harvested from either the patient’s own leg, lung area or both.
3 of 13 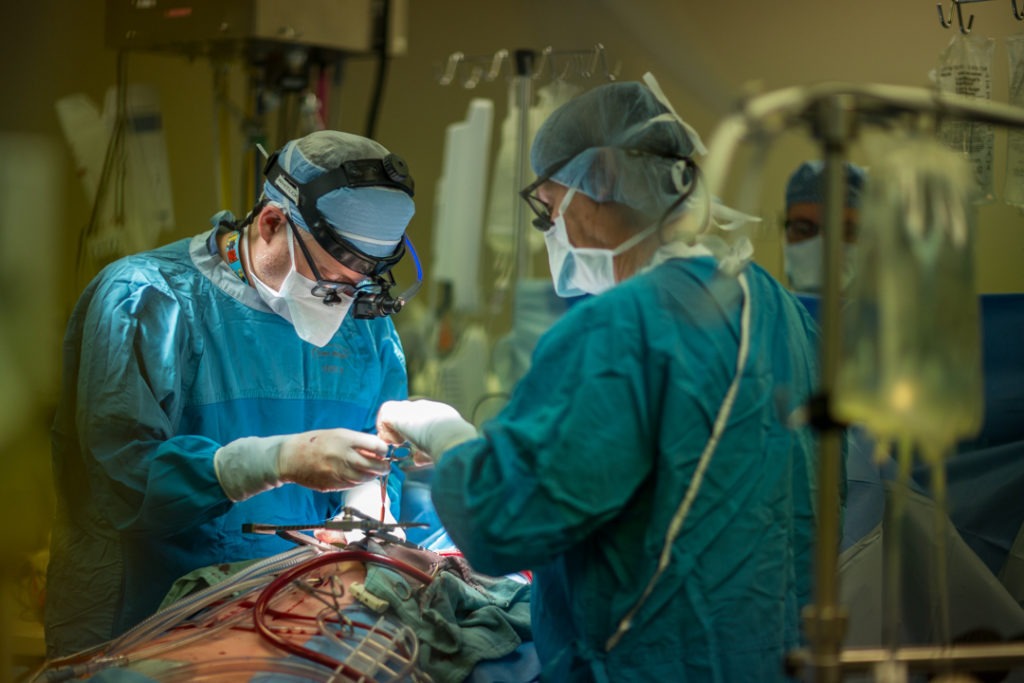 Dr. Whitlock inspects the vein taken from the patient’s leg, which will be attached to the side of the heart to form a new channel for blood to flow.
4 of 13 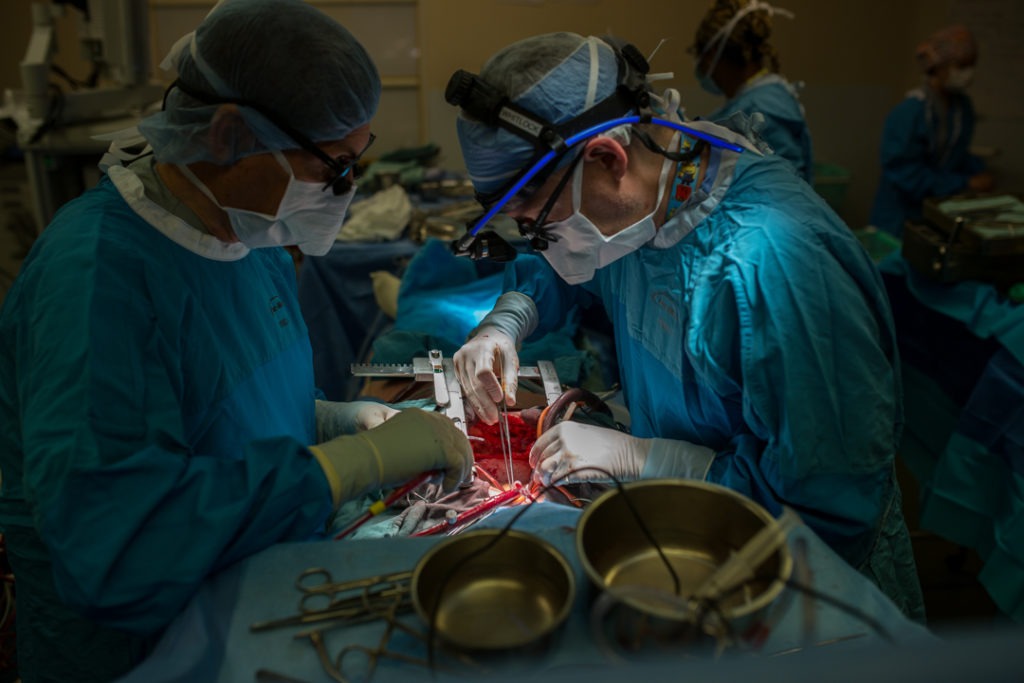 Dr. John Wells and Dr. Richard Whitlock prepare the patient for the bypass graft. The vein taken from the patient’s leg will be attached to the side of their heart to create a new pathway for blood to flow around the blocked vessel.
5 of 13 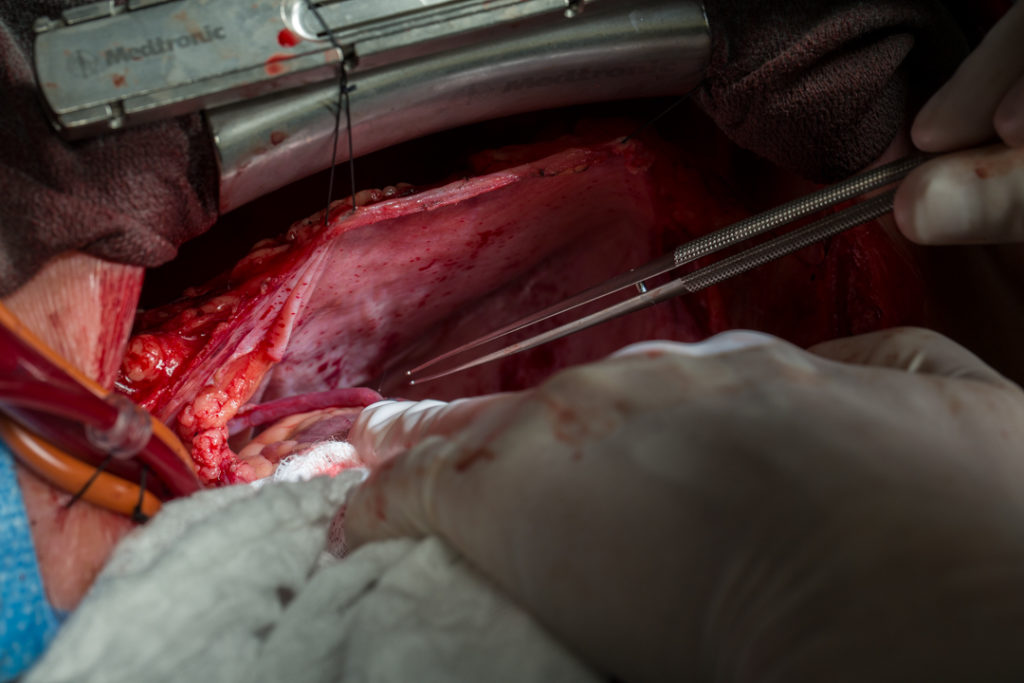 After bypass, Dr. Whitlock checks the newly attached blood vessel for leaks.
6 of 13 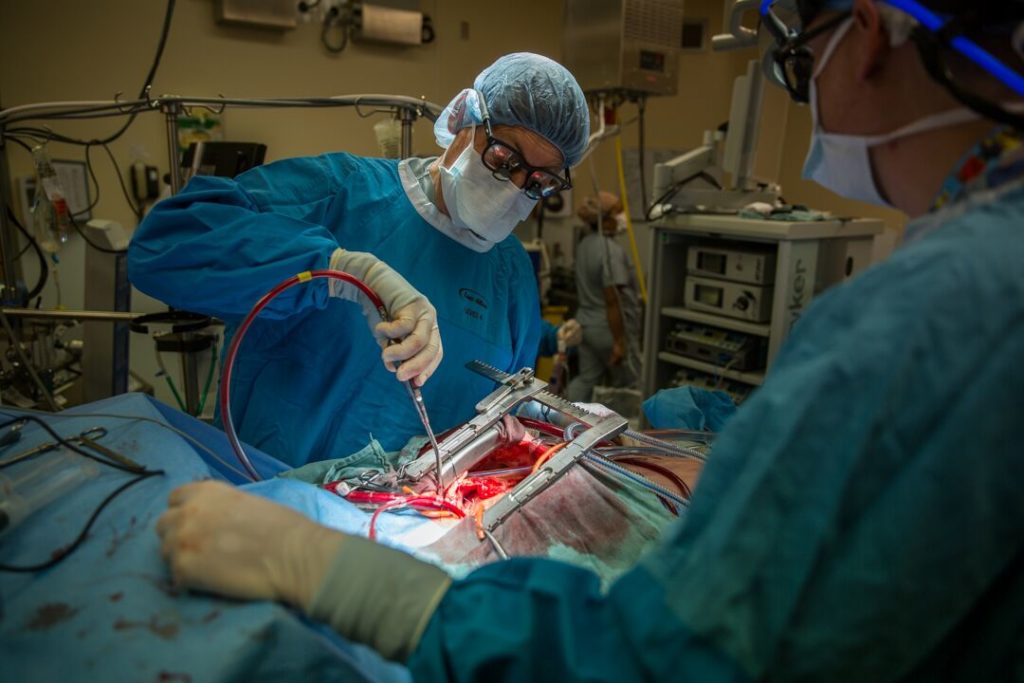 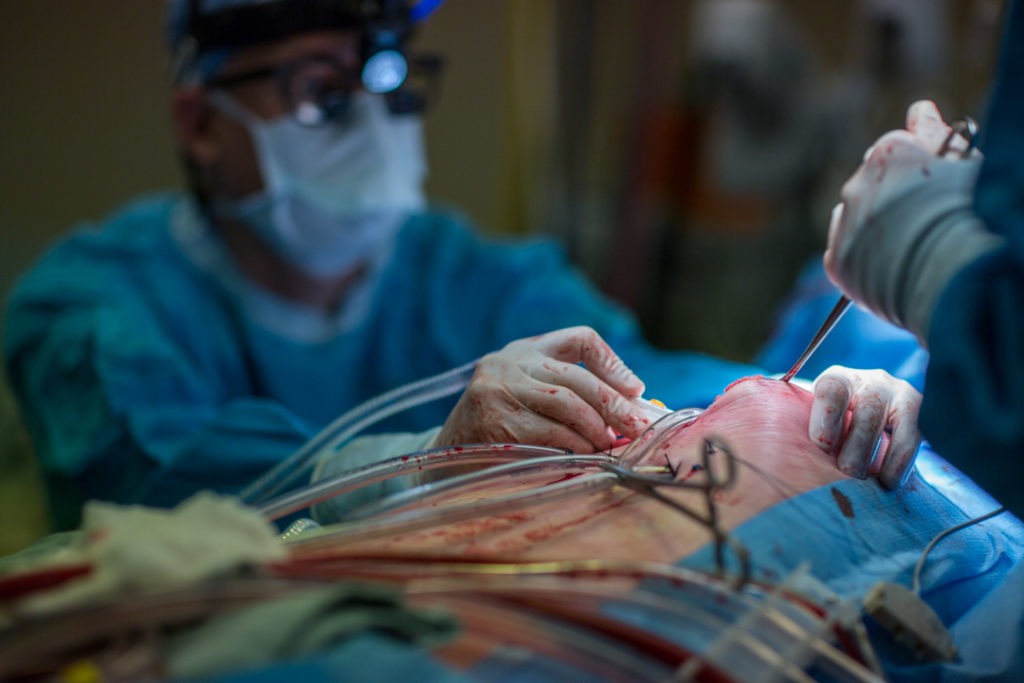 Temporary tubes are placed inside the patient’s chest to help drain the excess fluid that builds up around the heart after surgery.
8 of 13 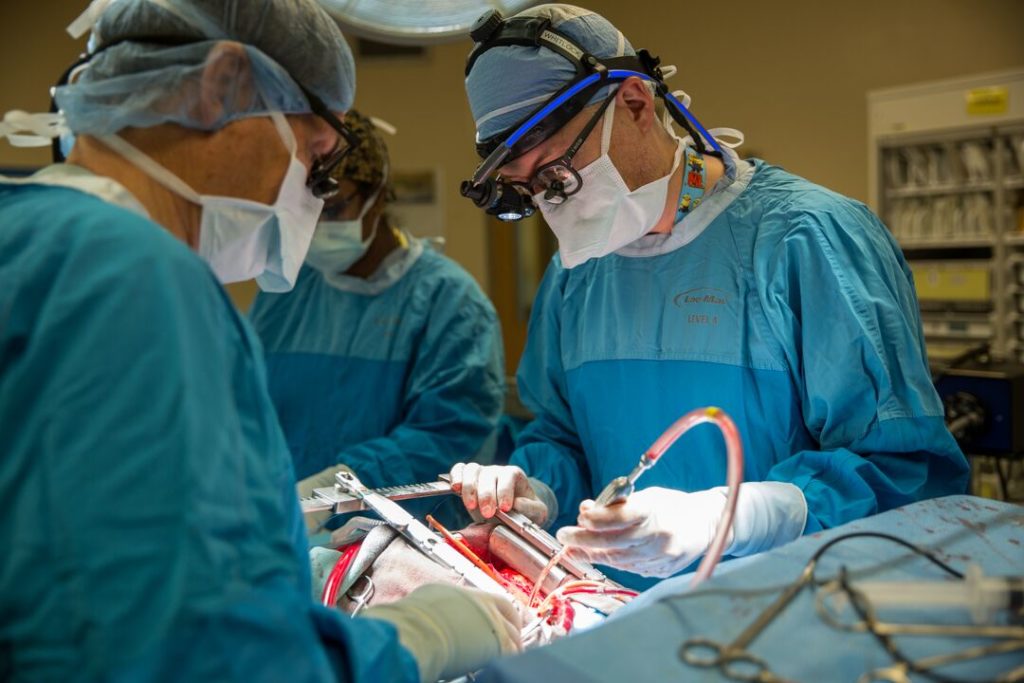 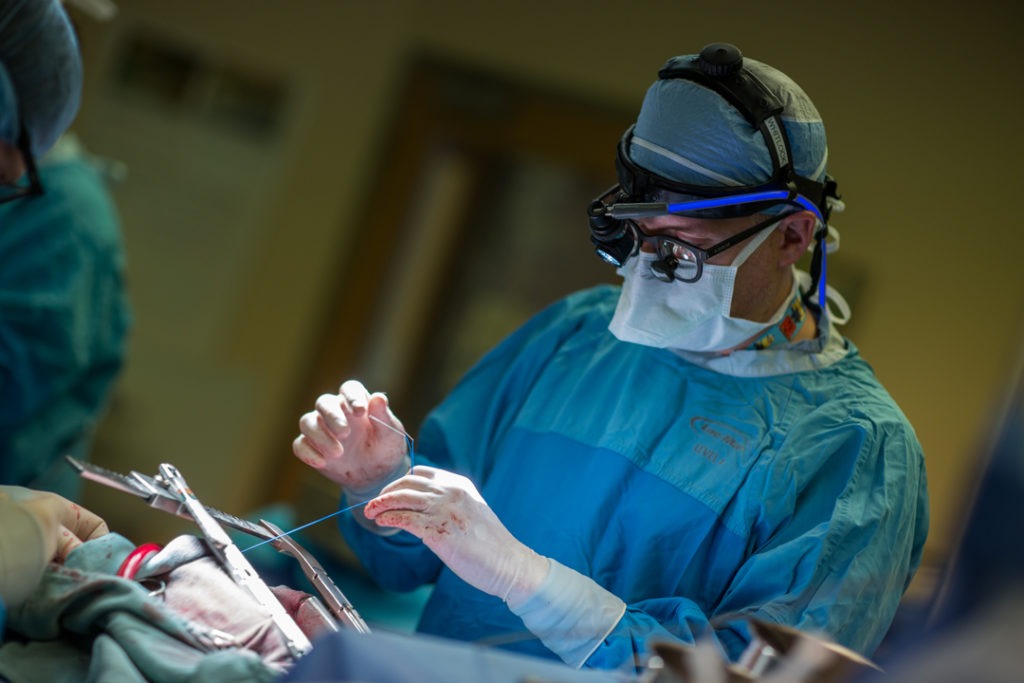 Dr. Whitlock inserts electrical wires to help pace the patient’s heart as it recovers from surgery. The wires will stay in the patient’s chest for three days.
10 of 13 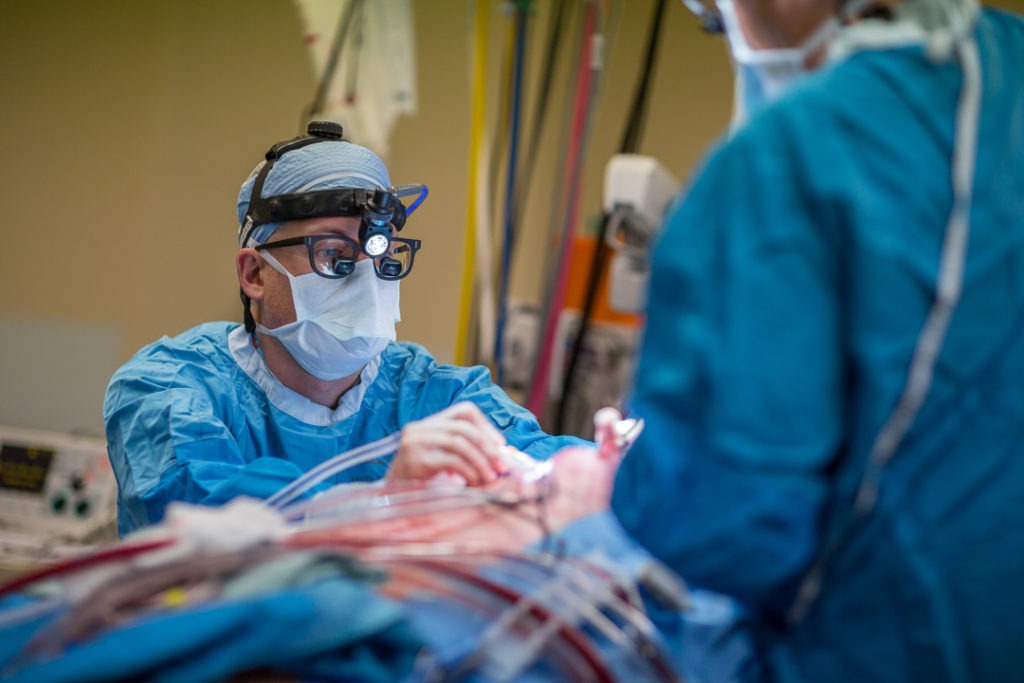 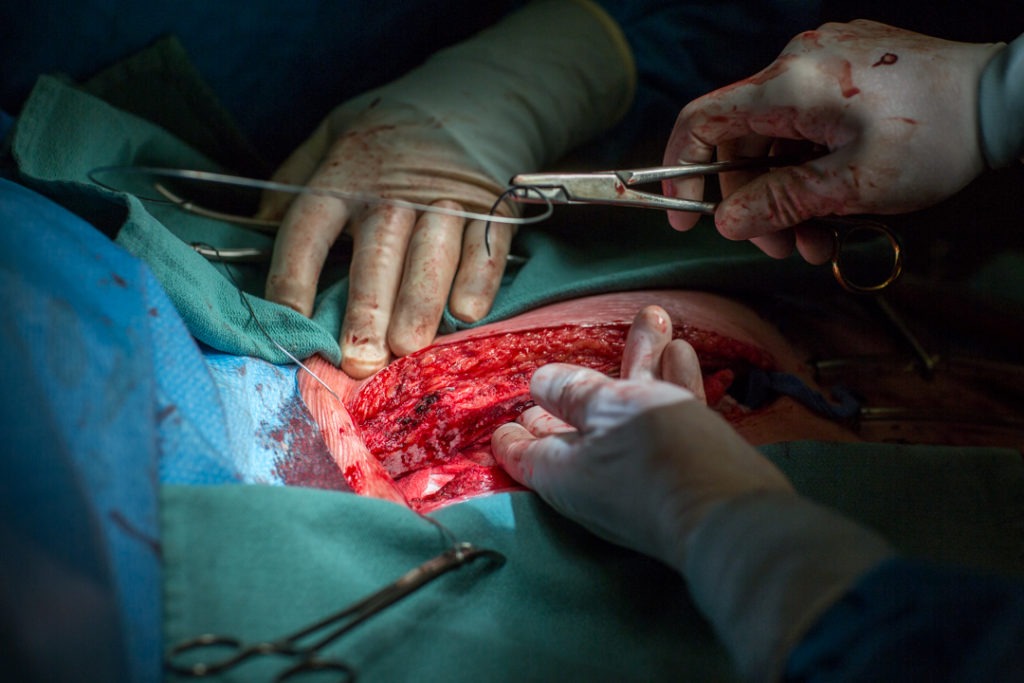 The surgical team uses steel wires to bring the patient’s breast bone (sternum) back together.
12 of 13 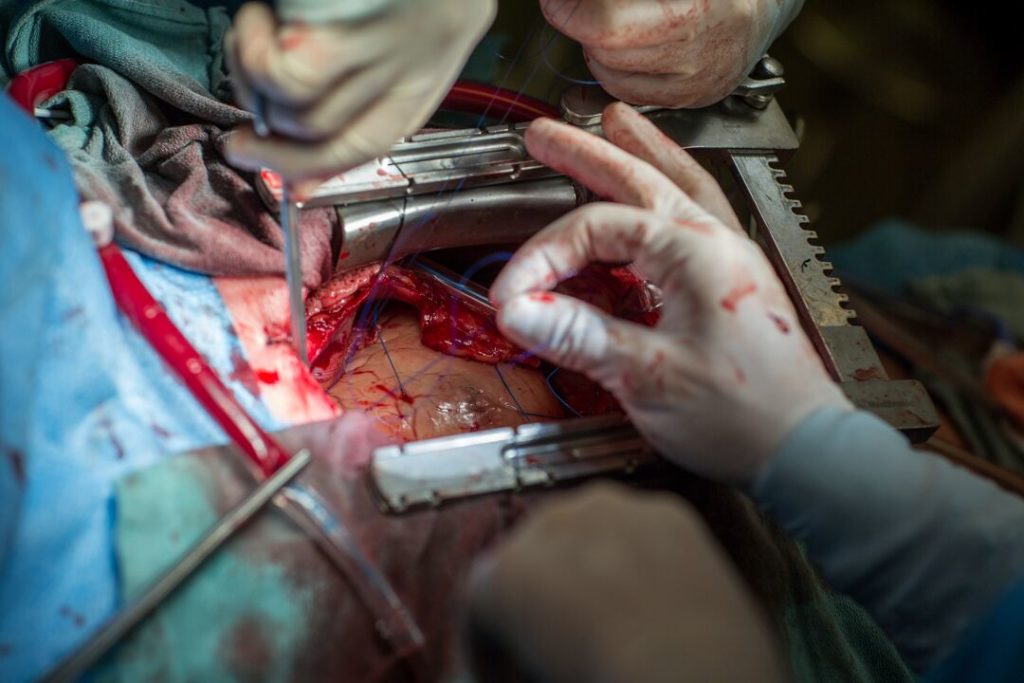