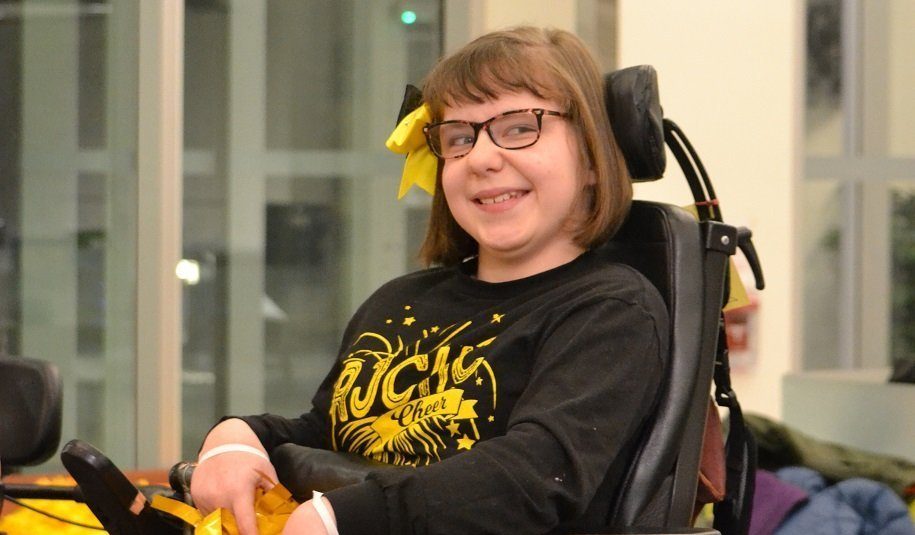 Caring for a family with complex needs

Tara and Amanda from Hamilton are well acquainted with the services at McMaster Children’s Hospital (MCH), as they have adopted multiple children with complex physical or developmental needs.

Tara and Amanda’s third child, DoraLee, was born prematurely at MCH and spent some time in the Neonatal Intensive Care Unit.

Tara and Amanda first met DoraLee shortly after her first birthday. Although DoraLee was supposed to be fostered for only a short period, the family fell in love with her.

“In our hearts, we knew DoraLee needed to be a permanent member of our family,” says Tara. “We officially adopted her when she was two-and-a-half years old.”

“Every parent wants their child to be happy, to feel loved and to be accepted in the community.”

“DoraLee will reach her full potential thanks to RJCHC,” says Tara. “The Centre makes our lives easier and it’s comforting that they’re just a phone call away.”

“The Cheer Squad is fun, but it’s also therapeutic because DoraLee is able to stretch using her full range of motion,” says Tara. “The Cheer Squad also helps DoraLee develop her social skills and connect with kids her age.”

The family’s history with MCH

Tara and Amanda’s other children have also experienced the life-changing care of MCH and its RJCHC.

Their adult son was born with a rare genetic disorder that causes abnormal brain development. He received care through DPRP as a child, which included physiotherapy, occupational therapy and custom-wheelchair seating, in addition to many outpatient clinic visits at MCH.

Likewise, their adult daughter was hospitalized as an infant multiple times for encephalitis – an inflammation of the brain. She also received care throughout her childhood in DPRP.

“Every parent wants their child to be happy, to feel loved and to be accepted in the community,” says Tara. “MCH and RJCHC have played a significant role in helping our children achieve their hopes and dreams.”