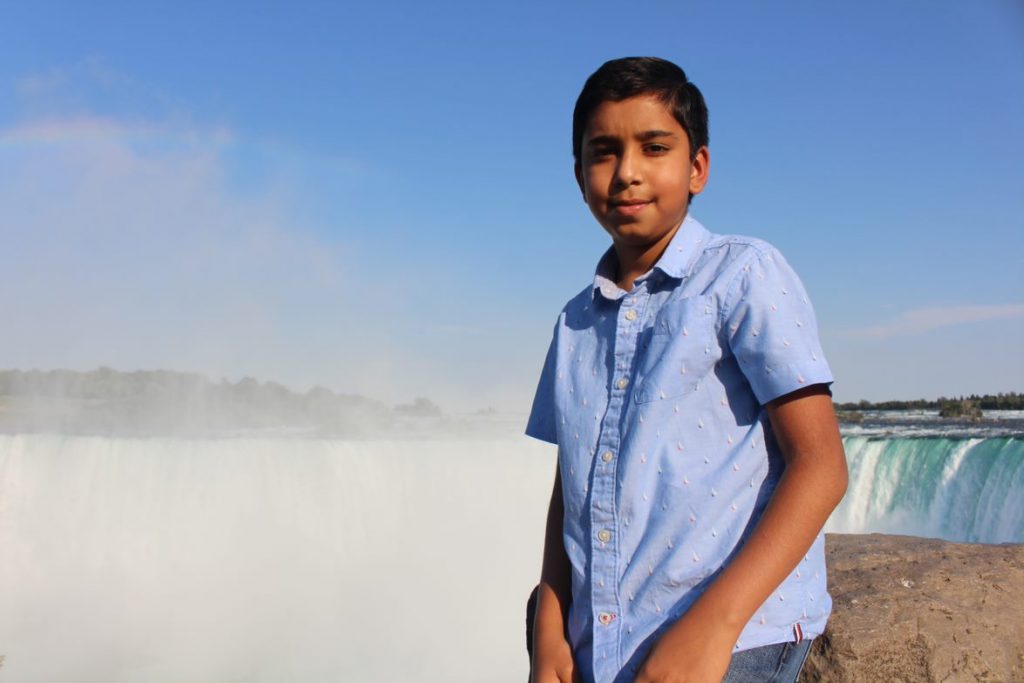 Daanish Kherani has juvenile idiopathic arthritis. Thanks to the care provided at the McMaster Children’s Hospital rheumatology clinic, he’s able to enjoy physical activities like dodgeball and art.
Stories

Arthritis treatment puts Daanish back in the game

When you hear the word ‘arthritis’, chances are you think of someone who’s older. But according to the Arthritis Society, three in 1,000 Canadian children suffer from juvenile idiopathic arthritis, also known as “JIA”.

Ten-year-old Daanish Kherani is one of those children. Despite his young age, Daanish’s arthritis journey has been long and complex. “We first noticed something wasn’t right when he started kindergarten. He couldn’t criss-cross his legs like the other kids,” says Daanish’s mom, Rizwana Kherani. “We were living in California at the time and took him to our doctor there. The doctor said Daanish was fine, but we wanted a second opinion so we changed doctors. The second doctor suggested physiotherapy – which didn’t result in any changes. We then saw an orthopedic who suggested a rheumatologist. Daanish’s treatment took off from there.”

After several months of seeing different specialists and adjusting medications, Daanish was finally on a treatment plan to cope with his arthritis. However, a family move to India put a pause on his treatment. The family lived there for nine months before moving to Canada when Daanish’s father was transferred for work. Shortly after the family established roots in Oakville, Daanish’s primary health care provider referred him to the Rheumatology Clinic at McMaster Children’s Hospital (MCH) in September 2019.

Dr. Michelle Batthish is one of three pediatric rheumatologists at the clinic and Daanish is one of her patients. “Classic signs of arthritis in children are the same as in adults,” says Dr. Batthish. 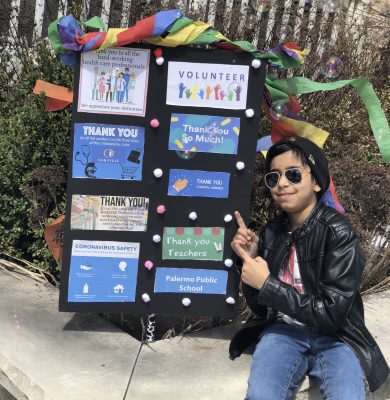 When he started kindergarten, Daanish wasn’t able to criss-cross his legs like his classmates. His mom, Rizwana, says he’s able to do so now, thanks to his treatment.

“Both adult and pediatric patients will have swollen and painful joints and stiffness in the morning that improves throughout the day. Sometimes they’ll have a red joint that feels hot.”

“Assessments are very thorough – they usually take 45 minutes to an hour-and-a-half” explains Julie Herrington, advanced physiotherapist practitioner in the MCH Rheumatology Clinic. “The predominant factor is determining if the child’s pain is mechanical or inflammatory. Our patients often present with swelling, stiffness, limited movement, interference with daily activities, and generally feeling unwell.”

JIA can affect different parts of a child’s body because it’s systemic. Kids with JIA need their eyes checked every three, six or 12 months due to inflammation – and with some kids, it’s more frequent. Some also suffer from irritable bowel syndrome. A child’s jaw may also be affected by JIA. If it isn’t discovered in time, some children may grow up with one side of their jaw bigger than the other. Their chin could also appear smaller as they grow into adults.

Receiving a JIA diagnosis can be overwhelming – not just for the child, but for the entire family. “The first appointment is usually busy,” explains Herrington. “The patient and their parents have to leave for bloodwork, go for ultrasounds, and sometimes an MRI. The child is also given prescribed medication.” Her advice for parents is to accept that the only thing you have control over is learning how to respond and manage the ups and downs of an anti-inflammatory condition.

Don’t put any restrictions on their physical activity

Rizwana agrees. “I was very scared at the beginning, but they’ve been great taking care of Daanish. They’ve helped me to understand what to expect at each appointment,” she says. 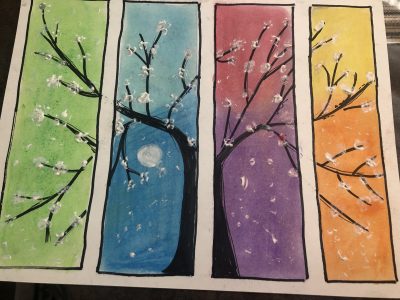 One of Daanish’s pieces created with oil pastels.

One of the questions Herrington hears most from parents during the assessment is how active their child can be. “The answer is as active as they would like to be. Don’t put any restrictions on their physical activity. Kids are not adults – so their perception of things is different. Sometimes they don’t realize JIA is an abnormal thing to experience. For some kids, it’s hard to keep them from being active.”

After the assessment and subsequent follow-ups, a child’s medication routine is usually established – a routine they will likely be for a long time. Most children receive prescribed medicine through a needle and some patients have bloodwork done every month. “Sometimes that’s more overwhelming to the child than anything else we tell them – because of that fear of needles,” says Herrington.

“Before I take my shots, I feel scared. My hands and stomach hurt,” explains Daanish. “After the shots, everything hurts for 20 minutes. Then I go to bed. When I first started treatment, when I’d wake up in the mornings, my body would hurt for about the first 30 minutes. But once I started taking my medication for the day everything felt better and now there’s no stiffness in the morning anymore.”

A love for art and sports

Daanish has made vast improvements in his mobility since his initial assessment at the clinic. He goes for regular bloodwork, eye checkups, and is on medication to maintain inflammation. “He’s been able to sit cross-legged like the other kids in his class for three or four months now,” says Rizwana.

While arthritis is a part of Daanish’s life – it doesn’t define it. “I like gym. My favourite is dodgeball – I’m the best in the class,” he says. “I also really like art. McMaster gave me new oil pastels before I got my last shots. Sceneries are my favourite thing to draw.”