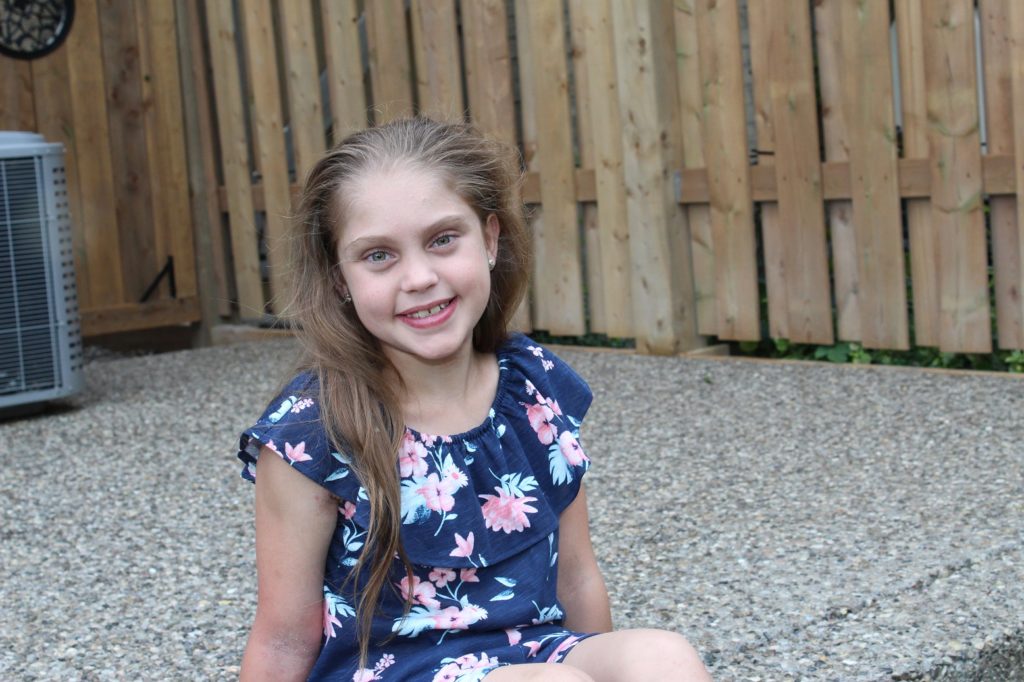 No defence against infection

The infections started shortly after she was born. Sarah from Stoney Creek suffered from frequent ear and chest infections. They kept returning even though she was regularly prescribed antibiotics.

“She got a really bad chest infection at the age of two,” says Sarah’s father, Mike. “She had trouble breathing, so we took her to McMaster Children’s Hospital (MCH). They determined that she had pneumonia and there was fluid in her lungs.”

A chest tube was immediately inserted to drain her lungs and she was admitted to the Pediatric Intensive Care Unit (PICU).

“A CT showed that she had holes in one lobe of her lung and it looked like Swiss cheese,” says Sarah’s mother, Carrie.

Emergency surgery was performed to repair the holes and drain the fluid.

Testing led to a diagnosis of primary immunodeficiency. This meant that Sarah’s body was unable to create antibodies to protect her from infections. Almost immediately, she began receiving monthly injections to strengthen her immune system.

“Sarah is alive today and thriving because of the teams at MCH.”

“Then she started to cough up blood one day,” says Mike. “We rushed her back to MCH, where she needed immediate surgery because her lung was so damaged. They had to remove the lower lobe completely.”

After she recovered from surgery, Sarah began a new weekly regimen of immune-boosting injections.

“Her infections became far less frequent,” explains Carrie. “Nowadays, you can’t even tell that she has an immune-system deficiency. She’s a firecracker who dances competitively and enjoys playing sports.”

Sarah has regular follow-up appointments with various clinics, including respirology, immunology and dermatology.

“Sarah is alive today and thriving because of the teams at MCH,” says Mike.