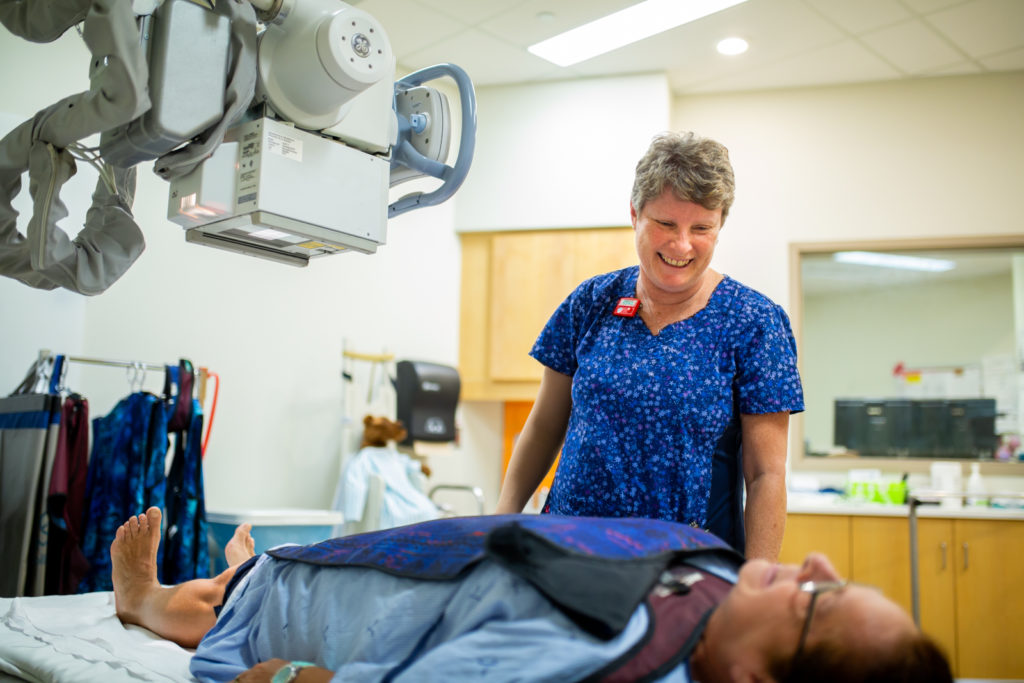 Cancer-free and paddling to victory

As of this month, Geri Schweinbenz has been officially cancer-free for a full year. It’s a major milestone for the X-ray technologist who works at Hamilton Health Sciences’ Main Street West Urgent Care Centre. Since her diagnosis with Stage 3 breast cancer six years ago, she has experienced painful lows and incredible highs.

“I was in total shock by my diagnosis,” says Geri. “I hadn’t been feeling sick and I have no family history of breast cancer.”

Her family was a great support, but Geri still struggled with anxiety during her treatment. Her oncologist and nurses helped reduce her stress, but treatments were still incredibly tough on Geri. One day during her chemotherapy treatment at Juravinski Hospital & Cancer Centre (JHCC), Geri struck up a conversation with her nurse about support groups. She was receiving the physical treatment she needed, but knew emotional support was equally important in her cancer journey.

“I was in total shock by my diagnosis.”

“I had never used a support group before so I had no idea what to expect,” says Geri. “But, I knew I needed help with what I was going through.” This piqued Geri’s interest, not just from an emotional perspective, but physical as well. She struggles with lymphedema, a build-up of fluid, in her right arm, which is a side-effect of cancer treatment. She learned that paddling helps manage lymphedema while building one’s strength back.

Eight months after her last treatment, she decided it was time.

“I, like the majority of the ladies who join KAB, didn’t know anyone on the team. So, I was nervous heading to my first meeting,” says Geri. “But as soon as I was there, I knew I had found my support group.”

“It gives us breast cancer survivors hope and a feeling of belonging.” This summer Geri and the team competed at the International Breast Cancer Paddlers’ Commission Dragon Boat Festival in Florence, Italy. While they started from behind, they managed to paddle past their competitors and cross the finish line in front with an astounding personal best time of 2 minutes and 20 seconds. This was their third consecutive first place finish at the international competition.

Geri credits her survival to the incredible team at JHCC, and her recovery to her floating support group—KAB.

“I wouldn’t have been here to join KAB without the team at Juravinski, and I wouldn’t be who I am today without KAB,” she says. “It brought back my confidence and taught me to push beyond my limits. It gives us breast cancer survivors hope and a feeling of belonging.”