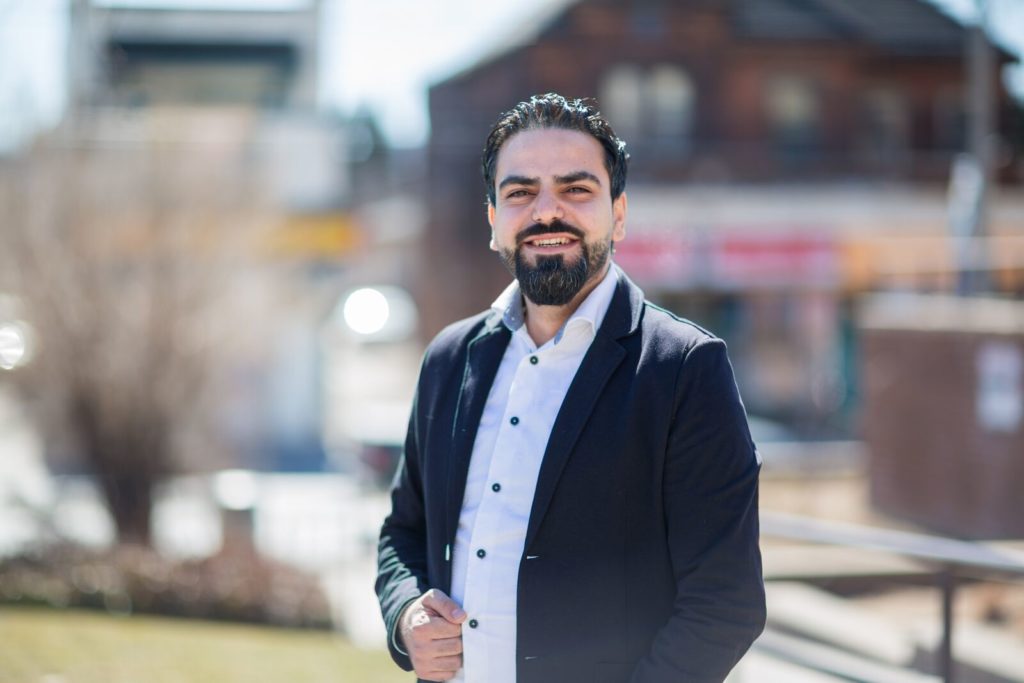 From Jordan to Hamilton: Becoming a nurse, again

Khaled Hussein worked as a nurse for six years before coming to Canada—first in his native Jordan and then in Qatar. He came to Canada to provide his family with greater opportunities.

His concern was fair. Getting certified as a registered nurse in Canada when you have international credentials can be a lengthy and confusing process. Khaled reviewed the requirements from the Canadian Nurses Association and knew the process could take several months or more. While he was waiting for his documents to be processed, he met Daniela Beckford.

Daniela is project manager of the Hamilton Health Sciences (HHS) Internationally Educated Nurses Program (IEN). This is an Ontario bridge training program for internationally trained nurses and is funded by the Ministry of Citizenship and Immigration, Government of Ontario. It helps internationally trained nurses who have moved to Canada, with registration processes, pre-employment, employment, and integration into the Canadian Health care system. HHS’ IEN Program was the recipient of the 2017 Champion of Diversity Award from the Ontario Ministry of Citizenship and Immigration.

“We work very hard to support internationally educated nurses in a smooth transition,” says Daniela. “This recognition, and the positive feedback we hear from the nurses we work with is very rewarding.”

When Khaled met Daniela he was feeling self-conscious about his skills and credentials.

“Before I met Daniela, people asked why I came to Canada and what I was doing,” he recalls. “I didn’t know what to say. Now I feel confident saying, ‘I am a nurse.’”

As a participant in the IEN program, Khaled began working as a healthcare aide at HHS. He got used to working life in a Canadian hospital, and built connections in the organization.

After receiving his Canadian nursing certification, Khaled was eligible to apply for nursing jobs. In March, he started work as a registered nurse at HHS. He is part of the nursing resource team and floats between three of the hospital’s sites to provide additional nursing support.

His purpose for moving to Canada is being realized beyond his career. Khaled recently became a father. His son Adam was born at HHS just a few weeks before he signed his contract as a registered nurse.

He’s grateful to Daniela and the IEN Program for helping him through the transition.

“It has given me back my confidence to be able to practise nursing again.”