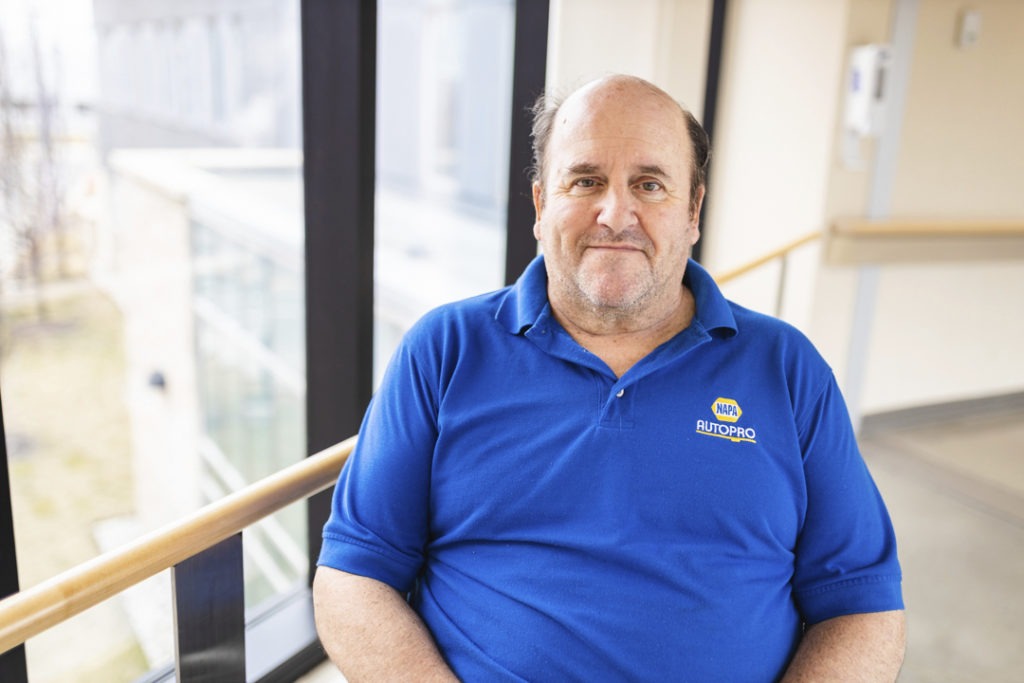 John Spironello was experiencing weakness and spasms in his legs for months. The muscles in his stomach, back, and legs would keep tightening. His legs would bend or straighten involuntarily. What began as a small twitch started to affect the way he walked. When he stood up, his balance was off. He used a cane to walk, then a crutch, then a wheelchair.

John had all sorts of symptoms, from shortness of breath to tingling in his legs. “I couldn’t breathe,” he remembers. He became paraplegic and lost function in his legs. An MRI revealed a tumour was pressing on John’s spinal cord, causing damage.

Surgery to remove the tumour

John was brought to Hamilton General Hospital (HGH) for surgery to remove the tumour. Following surgery, he was referred to the Spinal Cord Injury program at the Regional Rehabilitation Centre where he stayed for daily rehab. He was in the program for three months, but wasn’t making progress because of the extreme tightness of his muscles. 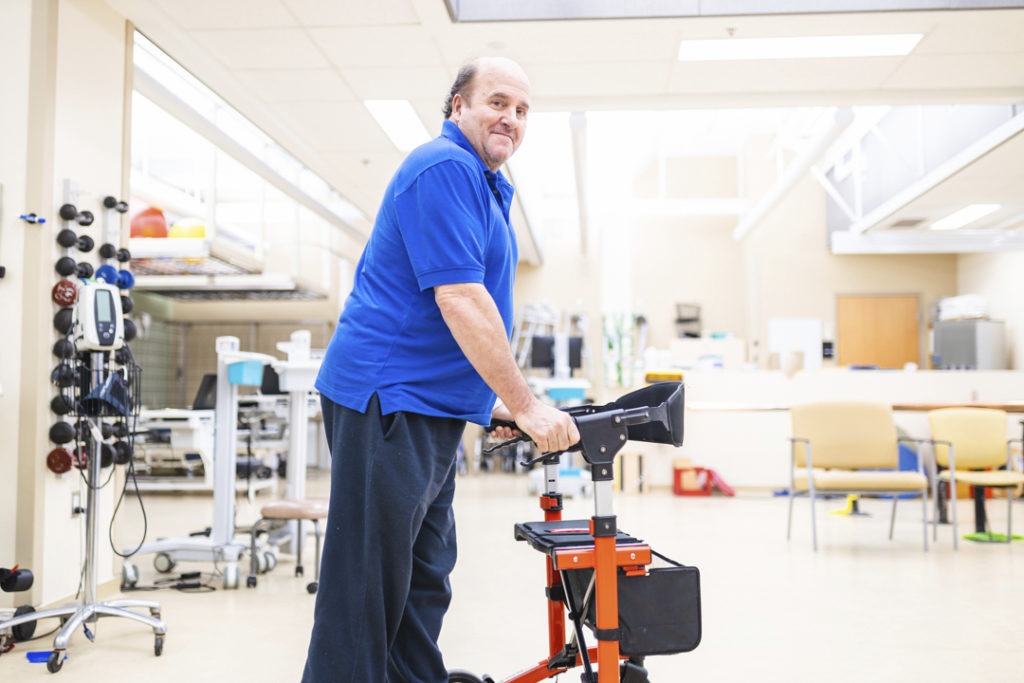 A pump to deliver medication

His team suggested he get tested for a baclofen pump. The pump is about the size of a hockey puck and gets surgically implanted into the abdomen. It has a catheter that attaches to the spinal cord to deliver medication right to the source. The medication, Baclofen, is a muscle relaxant used to decrease spasticity, which occurs when muscles continuously contract.

The pump and medication dosage is managed through an electronic tablet. Pumps are refilled with medication every 3-4 months (by inserting a needle through the skin and into the pump). Pumps are replaced every 7 years.

John met with members of the Neuromodulation Program at HGH to see if he was a good candidate. Before implanting the pump, the team did a trial of the drug with very specific goals in mind.

“During the trial, John was able to safely transfer from bed to wheelchair, he was able to stand and take a couple of steps, he was able to participate more in dressing and bathing, and because he didn’t have spasms, he didn’t have issues with shortness of breath. He was also able to lay comfortably in bed and get into multiple sleeping conditions,” says Jennifer Duley, John’s physiotherapist in the Neuromodulation program.

“Once he had his pump, he got back to work on some of these goals.”

John and his physiotherapist, Michelle Read. Michelle helped John with standing, walking and strengthening right from the start until his discharge.

A second chance at rehab

John was booked to have the pump implanted. Once he healed from surgery, he returned to the rehab program. He was not standing or walking at all. “I had zero movement in my legs,” he says.

Prior to the pump, John was spasming over ten times a minute. Now, he may spasm a couple of times a day. “Probably 95% of my spasms are gone.”

Three months into his second stint at rehab, he has been discharged and made huge improvements.

“He gained a lot more function and strength in his legs and is able to walk with a walker” says Jennifer. “He can independently dress and bathe and transfer from bed to wheelchair.”

Eventually, the 59-year-old would like to get back to being an auto technician and running his gourmet popcorn business.

“I’m working with a stand-up wheelchair to get the ability to operate the popcorn equipment.”

As for the experience at Hamilton Health Sciences?

“Incredible. There’s never been a moment that I didn’t feel confident that I was getting the right care.”