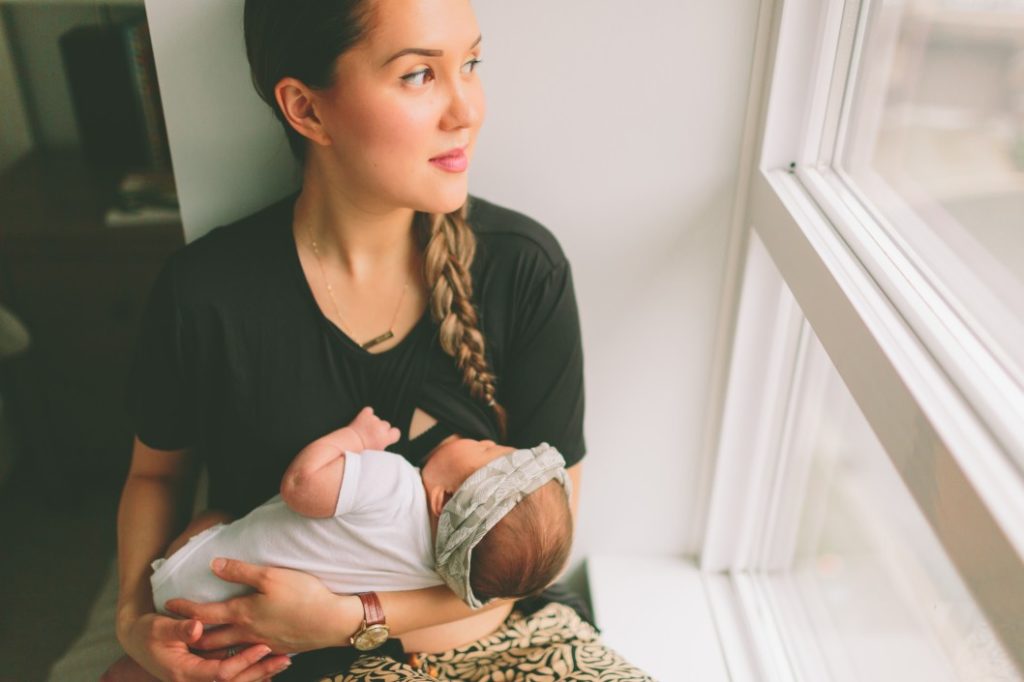 New research from McMaster Children’s Hospital shows that two out of three young mothers have at least one mental health problem.

The study focused on young Canadian moms and was published this week in the Journal of Adolescent Health. Researchers found that teen mothers have a much higher prevalence of mental health challenges than mothers aged 21 and older and teens who aren’t parents.

“We did this study to better understand these problems so that we can help to improve outcomes for young mothers and their families,” says Dr. Ryan Van Lieshout

Almost 40% of young moms have more than one mental health issue, including depression, a range of anxiety disorders and hyperactivity. This is up to four times higher than in mothers aged 21 years or older and teens without children.

“Now that we understand that young mothers can struggle with problems other than just postpartum depression, our findings can be used to develop better screening processes, more effectively detect mental health problems in teenaged mothers, and direct treatment,” says Dr. Ryan Van Lieshout, a psychiatrist and Canada Research Chair in the Perinatal Programming of Mental Disorders. “We hope that this sparks partnerships between healthcare, educational, and social service organizations so that we can meet the needs of this vulnerable population.”

The study says identifying and treating mental health issues in young mothers is especially important as their health also affects the wellbeing of their children. The research recommends “further efforts should be directed at engaging and treating this high-risk group.”

“Young mothers can face a great deal of adversity both before and after becoming a parent, yet next-to-nothing has been known about the rates and types of significant mental health problems among these women in our community,” says Dr. Van Lieshout. “We did this study to better understand these problems so that we can help to improve outcomes for young mothers and their families.”

Between 2012 and 2015, the Young Mothers Health Study recruited 450 mothers aged younger than 21 years old and 100 comparison mothers aged older than 20 years old at the time of their first delivery. The moms were from Hamilton, Niagara, Haldimand-Norfolk, and Brant counties. Funded by Hamilton Health Sciences, this study is the first in Canada and one of the first in the world to use diagnostic interviews to examine a range of mental health problems beyond postpartum depression.

“Because Canadian teen mothers are a difficult group to study, most previous research was based on very small samples and used mailed questionnaires rather than doing direct interviews,” says Dr. Van Lieshout, who was lead author on the research paper. “Structured diagnostic interviews are the gold standard for this kind of research. We’re glad to have used this method to talk to hundreds of young mothers about their experiences.”

Age-matched young mothers were also compared with 15- to 17-year-old women without children from the 2014 Ontario Child Health Study who were assessed for mental disorders.

The research was funded by a Hamilton Health Sciences New Research Strategic Initiative grant: “Assisting teen mothers and their children in Hamilton, ON,” awarded to Dr. Ellen Lipman, Chief, Department of Child and Adolescent Psychiatry, McMaster Children’s Hospital, and conducted at the Offord Centre for Child Studies, a joint research centre of Hamilton Health Sciences and McMaster University.