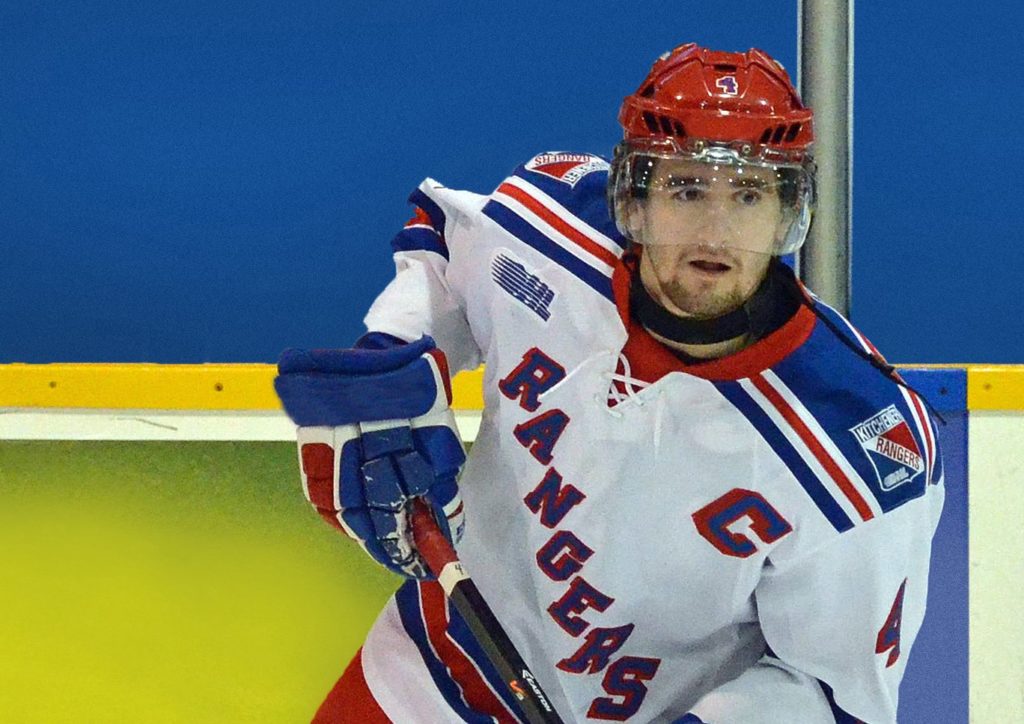 Ben Fanelli from Waterloo nearly died in 2009. While playing for the Kitchener Rangers, an Ontario Hockey League (OHL) team, the 16-year-old was checked hard during a game and his head smashed into the boards.

“I have no memory of the hit,” says Ben. “The ambulance took me to the local hospital before I was airlifted to the Emergency Department at Hamilton General Hospital (HGH).”

Ben’s skull was fractured and his brain was bleeding. He had suffered a serious concussion and was lucky to be alive. To reduce the chances of brain damage, Ben was put into an induced coma. His team monitored him closely and treated him with various medications to control the bleeding. Although Ben was stabilized, his condition was still life-threatening.

“When I awoke a week later, they said it was unlikely that I’d ever be able to play hockey again,” recalls Ben. “On top of being faced with that difficult news, I experienced memory loss, increased sensitivity to light, drowsiness and blurred vision.”

As Ben continued to recover at HGH, he began a regimen of medication to prevent seizures, which are often experienced by patients with severe head trauma. Numerous tests and assessments were conducted to determine the extent of his acquired brain injury.

“Luckily I was able to move my limbs, but I had trouble when I was asked to write down all the numbers on a clock. I could see the numbers clearly in my mind, but I couldn’t get my hand to physically write them.”

“When I awoke a week later, they said it was unlikely that I’d ever be able to play hockey again.”

Ben breathed a sigh of relief when an MRI showed that the brain bleeds had healed sufficiently and no surgery was required. He was able to return home shortly after.

Sidelined, but not for long

“The team at HGH helped me access resources to support my recovery after discharge,” says Ben. “This included helping to arrange visits from an occupational therapist, who worked with me at home to regain the use of my body.”

After two years, Ben rejoined his teammates on the ice and played as a Ranger for two more seasons. He is now an associate coach with the University of Waterloo men’s hockey team.

Ready for the world

Ben enjoys sharing his patient story as a motivational speaker at various events. He also hosts a podcast that allows him to interview a wide range of guests who have overcome adversity in their lives.

“I hope that my listeners can learn from my guests’ experiences and are inspired to make it through their own difficult circumstances.”

Feeling fit and ready to take on the world, Ben has come a long way since his near-death experience.

“HGH saved my life. I’m excited to see what the future brings.”