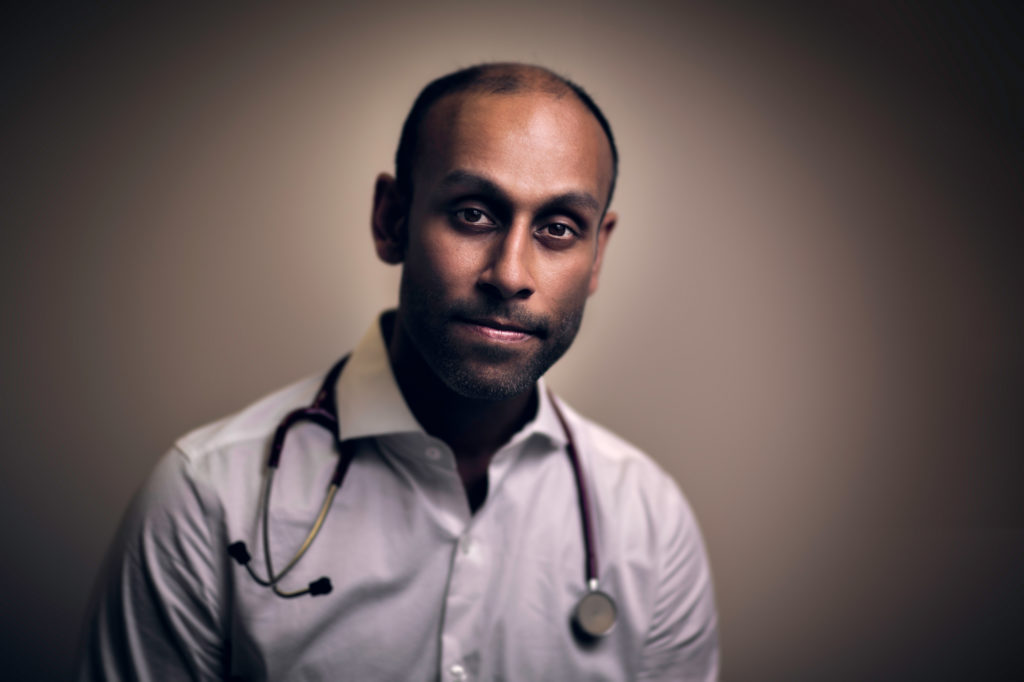 Bennett Walkinshaw is a typical six year old boy, full of energy. He’s quite the character and will have you laughing in no time.

Two years ago, Bennett started having issues when he went to the bathroom. Most people would assume that, since he was only four, he was probably just still potty training. But, his parents Travis and Rachel knew better: Bennett had breezed through that milestone a while ago. When he started having blood in his stool and his urgency to use the washroom increased each time, his parents’ concerns grew.

Finally, after a bad bout of bleeding, Bennett was admitted to McMaster Children’s Hospital (MCH). Two days later, he was diagnosed with a type of inflammatory bowel disease (IBD) called ulcerative colitis.

IBD in children is on the rise

Inflammatory bowel disease involves continued inflammation of the digestive tract. This disrupts the body’s ability to digest food, absorb nutrients, and eliminate waste in a healthy way. Crohn’s disease and ulcerative colitis are the two main forms of IBD. Ulcerative colitis affects the inner lining of the colon, causing inflammation and ulcers. It’s a lifelong disease with no cure, making it a hard diagnosis for families to swallow.

“Being diagnosed with a chronic disease presents a scary and very uncertain new way of life for kids and their families,” says Dr. Nikhil Pai, pediatric gastroenterologist at MCH. “We’ve come a long way over the past few decades at being able to get IBD under control, but keeping it that way involves life-long medications. For many parents, that realization is almost more overwhelming than the diagnosis itself.”

“IBD is a difficult disease to control when you’re an adult, let alone a kid.”

Historically, IBD developed mostly in teens and young adults, but it’s starting to affect more and more young children. In Canada, the disease occurs in more kids than most countries in the world, and these numbers are steadily rising. Existing treatments for IBD include ongoing medications that can have side effects.

“IBD is a difficult disease to control when you’re an adult, let alone a kid,” says Dr. Pai. “Parents are often looking for an alternative to lifelong medications, which can have significant side effects. They just want their kids to be kids.”

Dr. Pai and his research team are exploring ways to make “just being a kid” possible for kids with IBD.

Finding a way to help kids with IBD be kids

Children with ulcerative colitis have unique bacteria in their intestines that differs from children who are healthy, which may be a contributing factor in IBD. In the “PediFETCh” study (Pediatric Fecal Microbiota Transplant for Ulcerative Colitis) – the first and only of its kind in Canada – Dr. Pai is testing whether the transplantation of healthy fecal matter from a donor can improve symptoms in kids with IBD. It’s something that’s already been shown to be effective in adults.

“This study will tell us whether fecal transplants can be a viable treatment for kids with ulcerative colitis who can’t manage the disease with their current medications,” says Dr. Pai.

Through it all, Bennett has remained his talkative, outgoing self.

“We were thrilled when Bennett was recommended for the study,” says Rachel. “We tried medication for a year, but we never seemed to be able to get his symptoms under control.”

Through it all, Bennett has remained his talkative, outgoing self.

“Bennett looks forward to all his appointments,” says Rachel. “The staff have been amazing.”

Dr. Pai, along with research coordinator and co-investigator Jelena Popov and the rest of their team are hopeful that fecal transplant therapy will prove to be an effective option for kids who struggle with the often debilitating symptoms of IBD, and that this work may offer clues towards preventing IBD altogether.

“We don’t have all the answers yet, but we’re determined to try and find better ways to help kids and their families living with IBD get the very most out of life.”