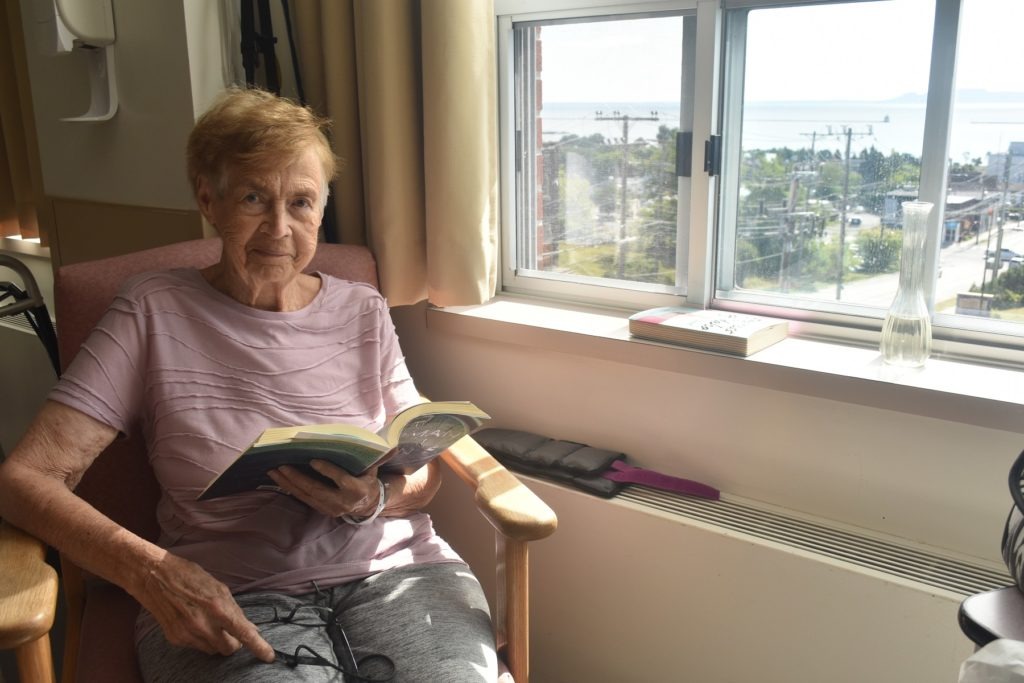 The teams at Hamilton General Hospital (HGH) are world-renowned for innovation, especially when it comes to cardiac care. For some patients, this can mean the difference between life and death. For Verna Ross of Thunder Bay, the cardiac team’s willingness to think outside of the box gave her a new lease on life.

It began when the 87-year-old experienced shortness of breath, a racing heart rate, a persistent cough and flickering vision. Scans revealed that she had a dangerous heart condition and required urgent care.

“I was suffering from mitral stenosis, a build-up of calcium that was preventing my valve from working properly,” explains Verna. “This was also causing fluid to build up in my lungs, making it difficult to breath.”

Verna had undergone valve-replacement surgery in 2014, and now she was looking at the possibility of another.

In June 2019, Verna was flown by air ambulance to HGH, the leading cardiac surgical centre in the province. The team at HGH determined that a normal valve-replacement procedure was too risky because the calcification of her valve was so severe.

Cardiac surgeons Dr. Richard Whitlock and Dr. Victor Chu, in collaboration with the Structural Heart Team, decided to try an innovative new procedure that involved implanting a new valve into the existing one to restore normal cardiac function. After simulating different possible procedures using advanced software, they determined this approach was the safest for Verna. Dr. Tej Sheth of the Structural Heart Team is an expert in the software and teaches doctors around the world about its use.

The procedure is so rare Verna was one of the first patients in Canada to undergo it.

“The doctors and staff did a great job keeping me and my family informed about what was going on,” recalls Verna. “I knew I was in good hands.”

The surgery went smoothly and Verna recovered at HGH for the next week. She was flown back to Thunder Bay in July so she could continue her recovery closer to home.

“My breathing is much better, my cough is gone, my heart rate is back to normal and I’m slowly regaining strength in my legs,” she says. “I can never thank the doctors and staff enough for the care they provided.”

The use of this new procedure is just one example of how the teams at HGH stay on the leading edge of patient care and continue their spirit of innovation.

Go with the flow

Your heart has four valves that control the movement of blood through the heart in the right direction. The mitral valve, which lies between the upper- and lower-left chambers of the heart, has two leaflets that open to let blood move forward during half of a heartbeat. They close to keep blood from flowing backward during the other half of the heartbeat.

Verna Ross was suffering from mitral stenosis, which is a narrowing of the mitral valve’s opening that affects the valve’s ability to function. Without treatment, Verna could have suffered a fatal heart failure.