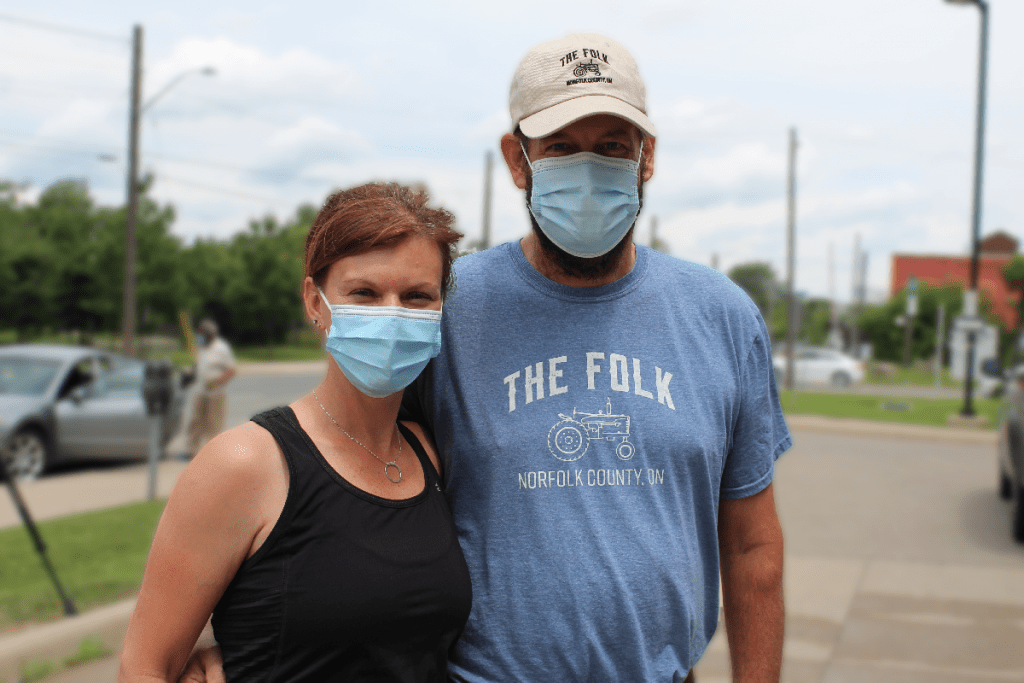 Mike VanNetten’s life was saved by an ECMO life-support machine at Hamilton General Hospital. Now, his friends and family are participating in Strides for Health Care Heroes to raise money to purchase additional machines to help patients like Mike.
Stories

A remarkable relay: How one team is striding for healthcare heroes

Mike VanNetten nearly lost his life to COVID-19. In April 2021, the 45-year-old chicken farmer from Simcoe caught the virus and his health quickly deteriorated.

“Mike was always such an active and healthy person,” recalls Mike’s wife, Sarah. “It was tough seeing him so weak in bed, completely unresponsive.”

The original fundraising goal for the team was $5,000, but they have already surpassed the $10,000 mark.

Thanks to the multidisciplinary specialists at Hamilton Health Sciences’ (HHS) Hamilton General Hospital, including the Regional Rehabilitation Centre, Mike recovered after spending nearly three months as an inpatient. He was finally discharged at the end of June and continued to recover at home with Sarah and their four children.

Mike’s life was saved by HHS doctors and staff who used an ECMO life-support machine which acted as Mike’s lungs while his body fought to recover from the ravages of COVID-19.

“The health care teams at the General and the Regional Rehabilitation Centre are amazing,” says Mike. “I wouldn’t be where I am today without them.”

Proceeds from Strides For Health Care Heroes, a virtual fundraising event held by Hamilton Health Sciences Foundation, will support the purchase of an additional ECMO machine to help patients like Mike when they need it most.

As a way of expressing her gratitude for the care Mike received, Sarah is participating in Strides and fundraising with her team, which they have named “Chickens HIIT Chicks.” The “HIIT” stands for “High Intensity Interval Training,” as the entire team has been training hard for the event.

“On September 24, Chickens HIIT Chicks will embark on a 90 km relay as a part of Strides For Health Care Heroes,” explains Sarah. “We will start at our farm in Simcoe at 5:30 a.m. and relay in roughly 5K runs all the way to The General. We’re aiming to arrive there by 4:00 p.m.”

From concept to reality

The idea for this ambitious relay originated with a group of friends from Sarah’s morning exercise classes.

“I can’t take credit for the idea,” she says. “My workout friends took it upon themselves to plan this event in honour of Mike and the hospital. These girls amaze me. We jumped in with both feet and we haven’t looked back since.”

For the past several weeks, Sarah has loved every minute of training with her friends.

“We share so many laughs every day. I can’t even express how grateful I am that people would do this for me and Mike. I’m so excited about spending September 24 with my friends and completing this run as a group.”

The original fundraising goal for the team was $5,000, but they have already surpassed the $10,000 mark.

At the core of Chickens HIIT Chicks is a passionate desire to support the health care teams at Hamilton General Hospital and make a real difference in the lives of other patients.

“The General has touched our lives in a way we could never have imagined,” says Sarah. “The hospital has angels walking within its walls. From the bottom of my heart, thank you. Let’s fundraise and make sure they have the equipment they need to provide the best possible care.” 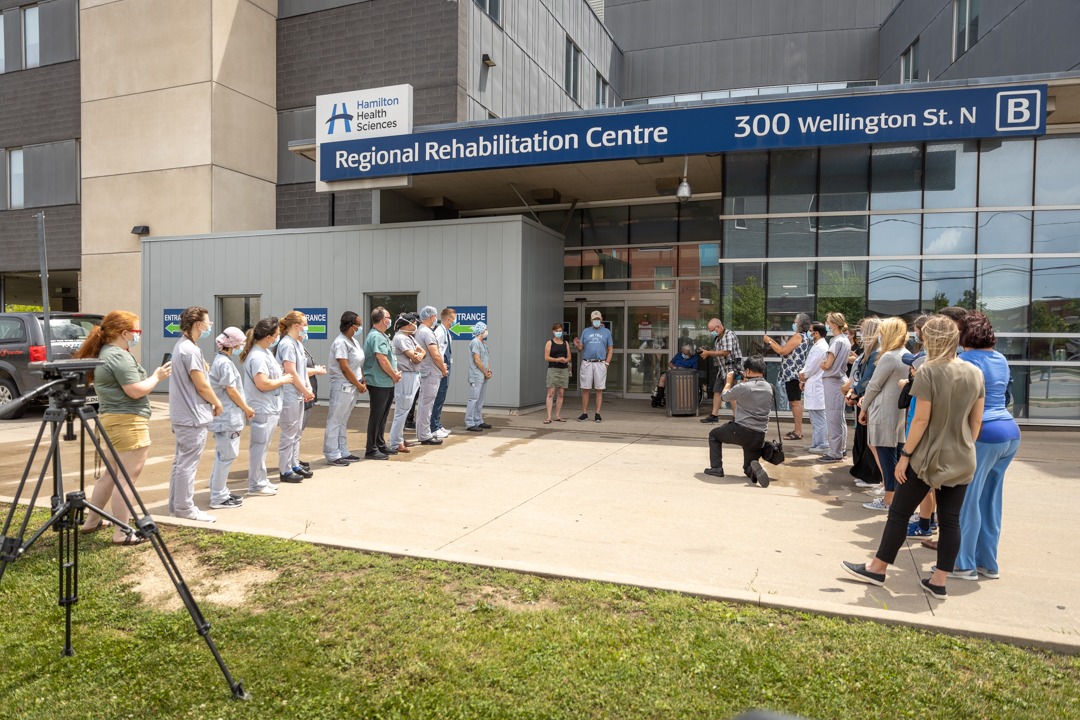 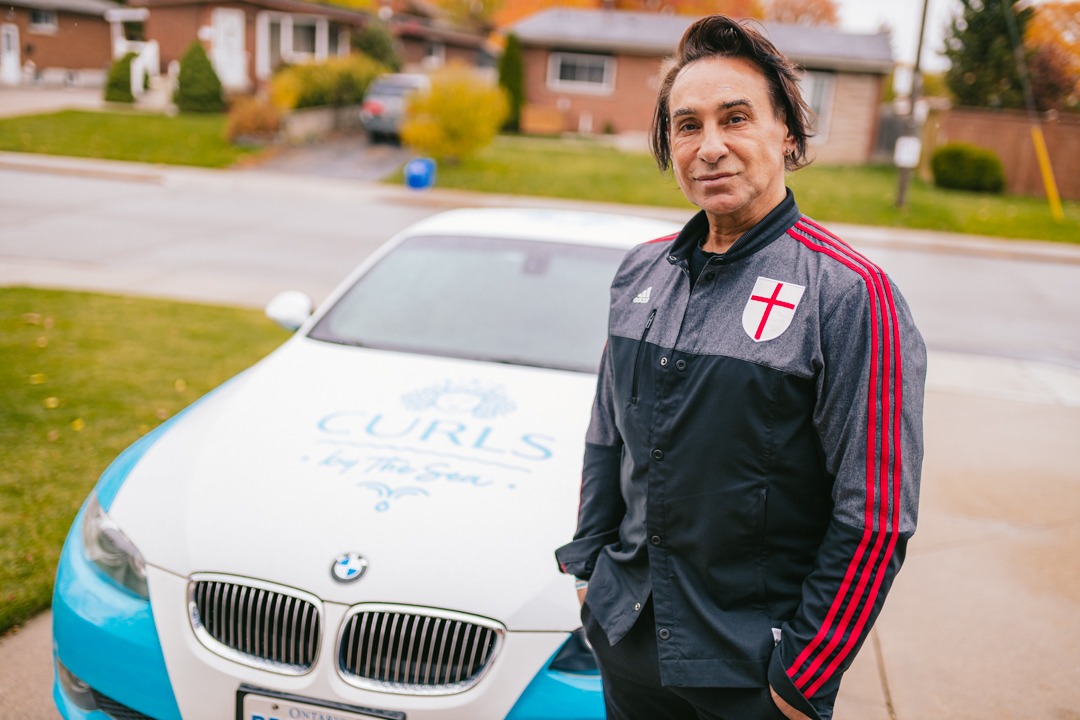 Saved by a hair’s breadth thanks to ECMO 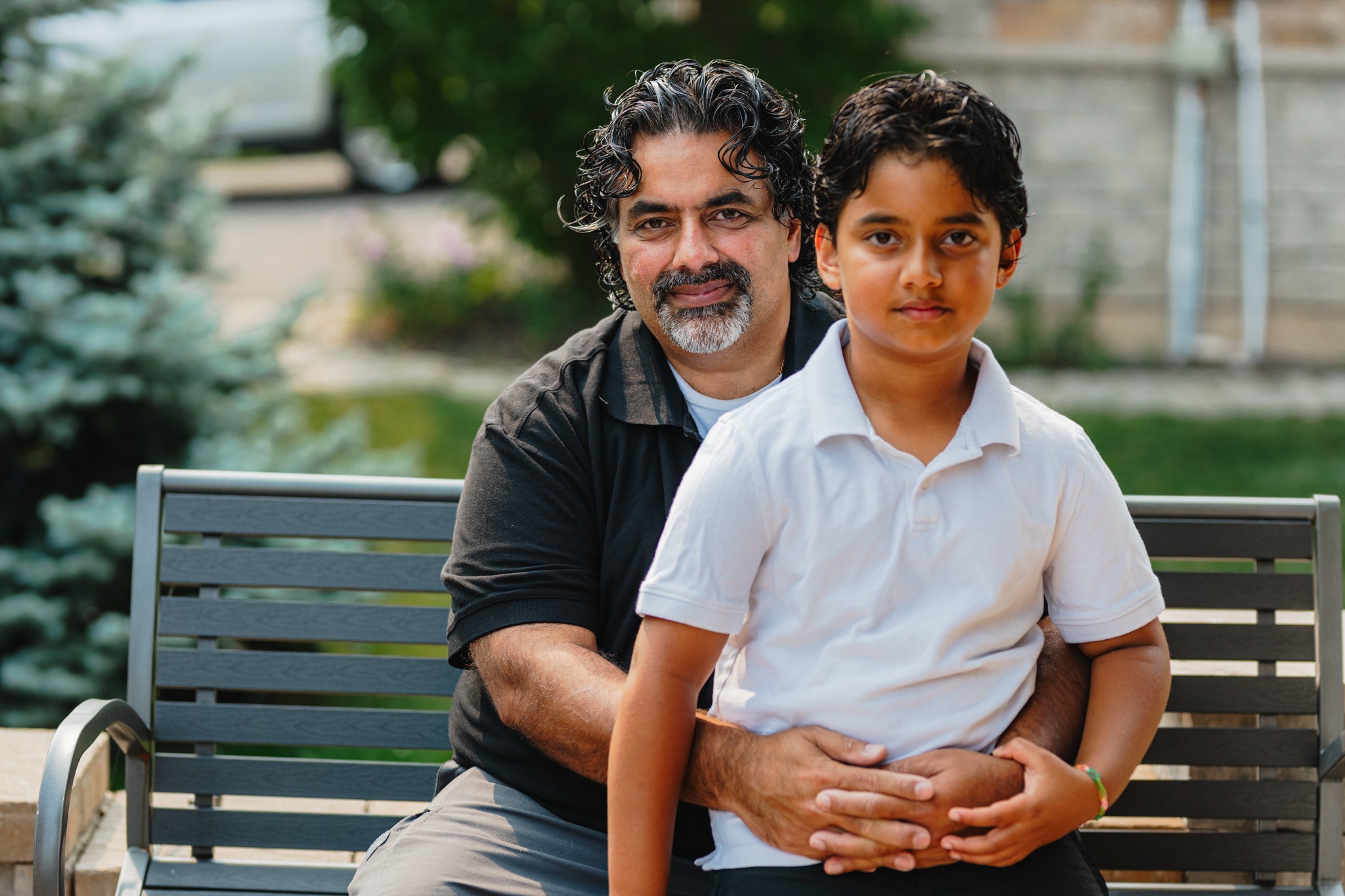