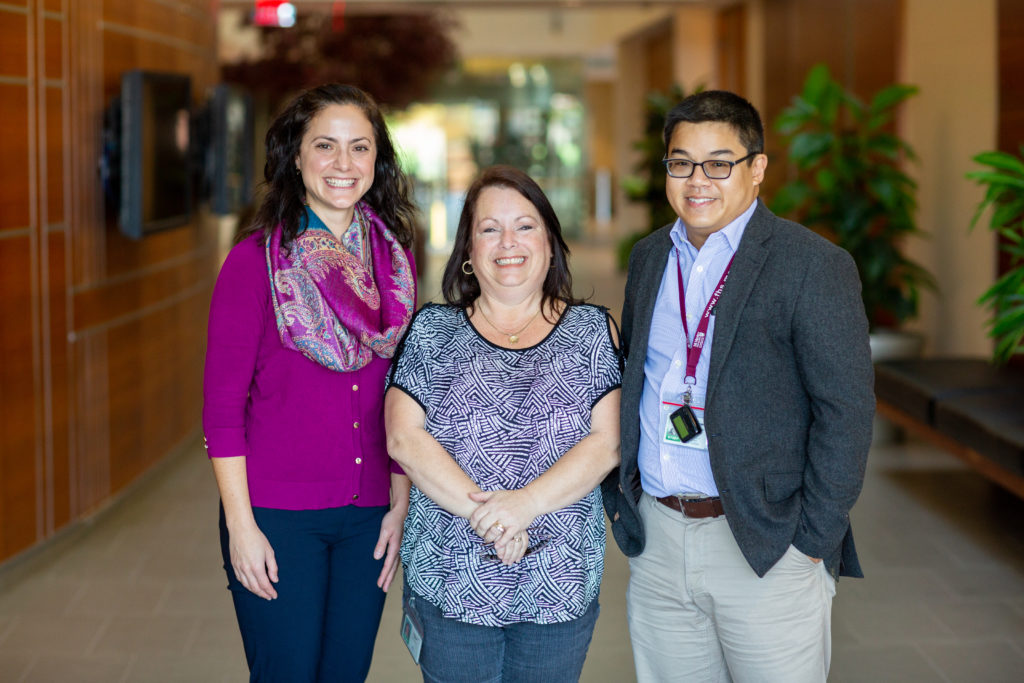 Stopping a stroke before it happens

Too young for a stroke?

Sheila Price works as a program secretary at Ron Joyce Children’s Health Centre (RJCHC). Every day, she walks past Hamilton General Hospital (HGH), home to the Stroke Prevention Clinic (SPC). The possibility of having a stroke never really crossed her mind—she was just 50, too young to be at risk, she thought.

Then she started to experience numbness and weakness. Her family encouraged her to visit her family doctor who immediately connected the dots between her symptoms. She suspected Sheila was experiencing transient ischemic attacks, also known as TIAs, or warning strokes. They are often followed by a full-blown stroke, especially if left untreated. Sheila’s family doctor referred her to the SPC.

“I’m really lucky she knew exactly what to do,” says Sheila. “Sending me to the Stroke Prevention Clinic was the right choice.”

The right team at the right time

A few years ago, the SPC completed an improvement process to significantly reduce its wait times for new patients. The average wait time went from 35 days to just three. Sheila was seen the very next day after her referral.

At that appointment, her family doctor’s suspicions were confirmed. Sheila had experienced two TIAs.

“Her carotid artery, the tube that sends blood to the brain, was blocked,” says Dr. Kelvin Ng, who treated Sheila in the SPC. “Clots from the carotid artery in her neck were travelling to her brain and eye and causing the TIAs.”

“She was fortunate she recognized the symptoms”

Dr. Ng says Sheila was lucky she, her family, and her family doctor took quick action.

“She was fortunate she recognized the symptoms of a TIA and got appropriate medical attention before she had a life changing stroke,” he says.

Sheila immediately underwent a series of tests, and was admitted to the inpatient stroke unit at HGH. HGH is the regional stroke centre for central south Ontario, and provides complete stroke care from prevention to rehabilitation. Dr. David Szalay performed surgery to clear the blockage in her artery June 8th—just four days after she visited her family doctor.

“It was amazing how fast it all happened,” Sheila says.

Making changes to prevent stroke in the future

Her surgery was a success, but her journey was far from over. Sheila continued to meet with the team at the SPC to reduce her risk of future TIAs and strokes.

“There are a number of factors that can affect risk of stroke, and we work with patients to manage them,” says Lisa Fronzi, clinical nurse specialist in the SPC.

Sheila was a smoker when she first visited the SPC. The team worked with her to create a plan for quitting, since smoking is the second leading risk factor for stroke. Sheila also started taking medication to manage her cholesterol and blood pressure, and the SPC team worked with her family doctor on ongoing diabetes management.

Sheila has been smoke-free since her stroke, her cholesterol is within normal range, and her blood sugar levels have gone down considerably. She was discharged from the SPC last month as a result of her progress.

“She has done remarkably well,” says Lisa. “She made numerous lifestyle changes which will significantly reduce her risk of future stroke.”

Both Sheila and her care team know that things could have gone very differently if she didn’t recognize her TIA symptoms. She says the experience was a wakeup call.

“I’m lucky to be here,” she says. “I’ve made some big changes in my life, and I’m looking forward to living a long and healthy life.”

If you suspect a TIA or stroke, call 9-1-1 immediately. Remember the signs of stroke: