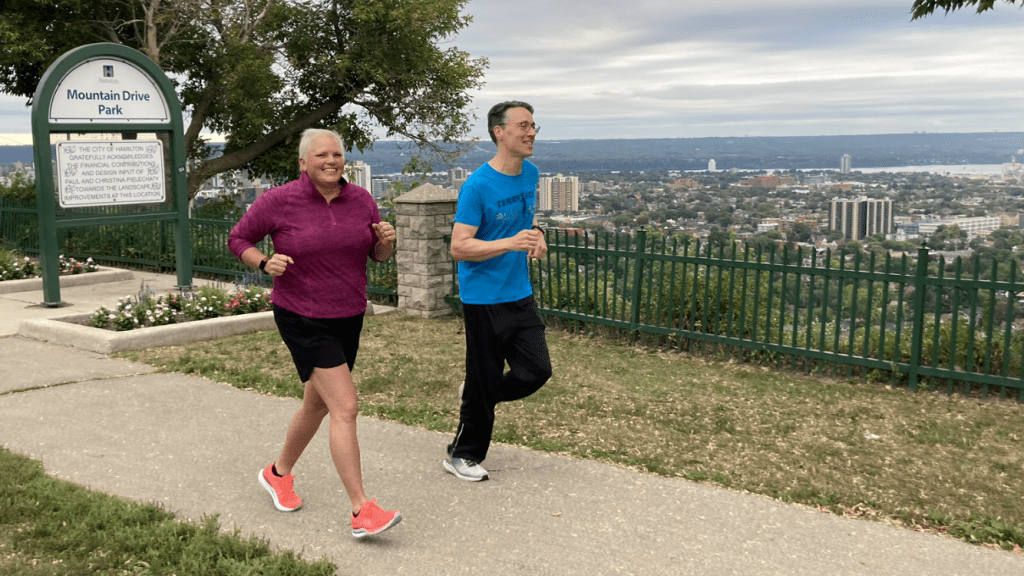 Teaming up to fight cancer

Hamilton Health Sciences (HHS) doctors are well-known for going the distance for their patients. In Dr. John Goffin’s case, that distance includes a five-kilometre fundraising run with one of his cancer patients.

Goffin and HHS colon cancer patient Penny MacCormack are teaming up for the Sept. 18 Terry Fox Run. MacCormack, who lives in Simcoe, is also a longtime supporter of HHS. An annual triathlon she started two years ago in Norfolk County has raised close to $30,000 for Hamilton Health Sciences Foundation. She’s also a member of Juravinski Hospital and Cancer Centre (JHCC)’s patient and family advisory council, where members provide insight and guidance on how to improve the hospital experience.

MacCormack was diagnosed with advanced colon cancer in 2019 that spread to other parts of her body. She had surgery at her local hospital to remove the mass, and was referred to Goffin, a medical oncologist at JHCC, for cancer care including chemotherapy.

“It’s kind of like walking into Cheers when I go to the cancer centre. Everybody welcomes me. Everybody knows my name.” — Penny MacCormack, patient

“I’ve been undergoing chemotherapy for the last three years to keep the cancer at bay,” says MacCormack, who visits the JHCC every two weeks for treatments that have shrunk the masses and helped them remain stable.

Even though she has undergone over 70 rounds of chemotherapy to date, the treatments haven’t slowed her down much. It takes a few days to bounce back from a treatment, and then she’s enjoying favourite pastimes including kayaking, biking and hiking.

Human side of health care

“Cancer treatment is tough, and I really appreciate the human side of health care that I’ve experienced at Juravinski,” says MacCormack, who worked as a college instructor before retiring after her diagnosis. “Dr. Goffin, his nurse Cheryl Reid, and all the doctors and staff at Juravinski are just phenomenal.”

With so many visits to JHCC over the last three years, MacCormack has become a familiar face in the building. “It’s kind of like walking into Cheers when I go to the cancer centre,” says MacCormack, referring to the popular 1980s TV show. “Everybody welcomes me. Everybody knows my name.”

To help show her gratitude, MacCormack founded Triathlon for a Cure in Norfolk County two years ago to raise funds for JHCC. The first year saw her cover 29 kilometers of kayaking, cycling and a run/walk to raise $20,300 for the chemo suite. This year, she increased the distance to 40 km, raising over $7,000 for JHCC’s radiation department.

“I didn’t have radiation, but I wanted to support other cancer patients needing this treatment,” says MacCormack.

During a recent appointment with Goffin, the two got chatting and realized they were both taking part in Terry Fox Runs – MacCormack in Simcoe and Goffin in Burlington. MacCormack suggested they run it together in Burlington.

“After I realized she wasn’t joking, I thought it was a wonderful idea,” says Goffin, who has taken part in the run for the past 15 years. He participates with his child Eva, 11, and this year they’ll be joined by MacCormack and her godchild Mvita, 12. The four will run-walk the course.

“As a medical oncologist, I always want to maintain my patients’ quality of life, but sometimes patients just knock it out of the park,” says Goffin. “Penny is an inspiration, a real dynamo.  She has me particularly excited about the Terry Fox Run this year.  She is absolutely motivating.”

MacCormack credits her late parents with inspiring her to live life to its fullest while undergoing treatment. Both were also JHCC cancer patients. Her mother lived with melanoma for 17 years and her father lived for nine years after his multiple myeloma diagnosis.

“Both my parents passed away after years of receiving excellent care at Juravinski,” says MacCormack. “I inherited their fighting spirit and I’ve learned to focus on the positive. I still have lots to do in my life, no matter how long or short it is.” 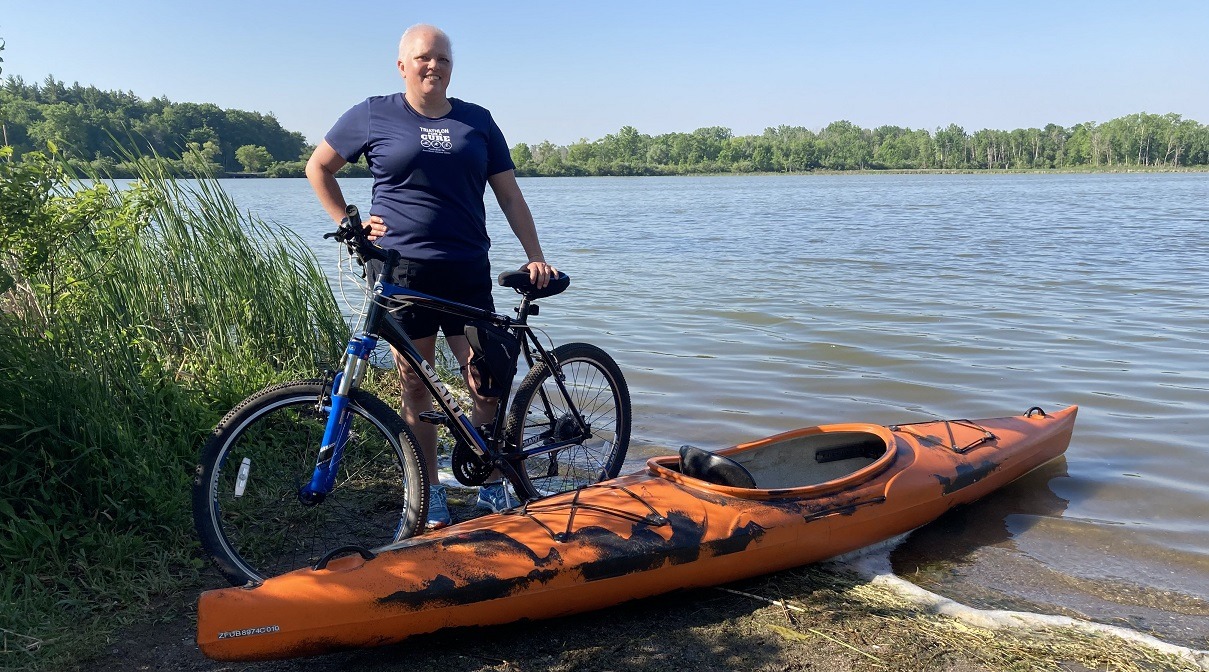 Triathlon for a cure 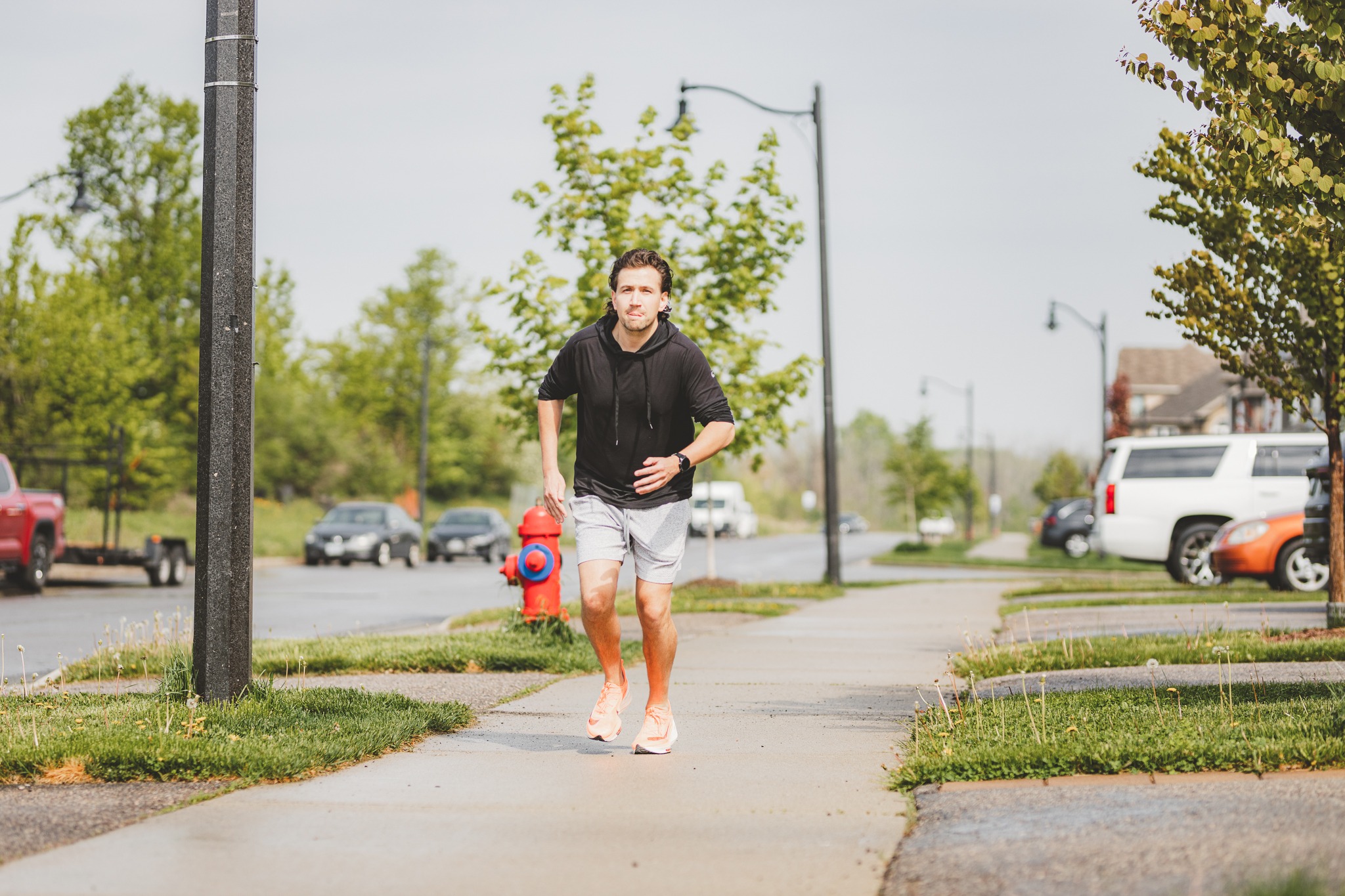 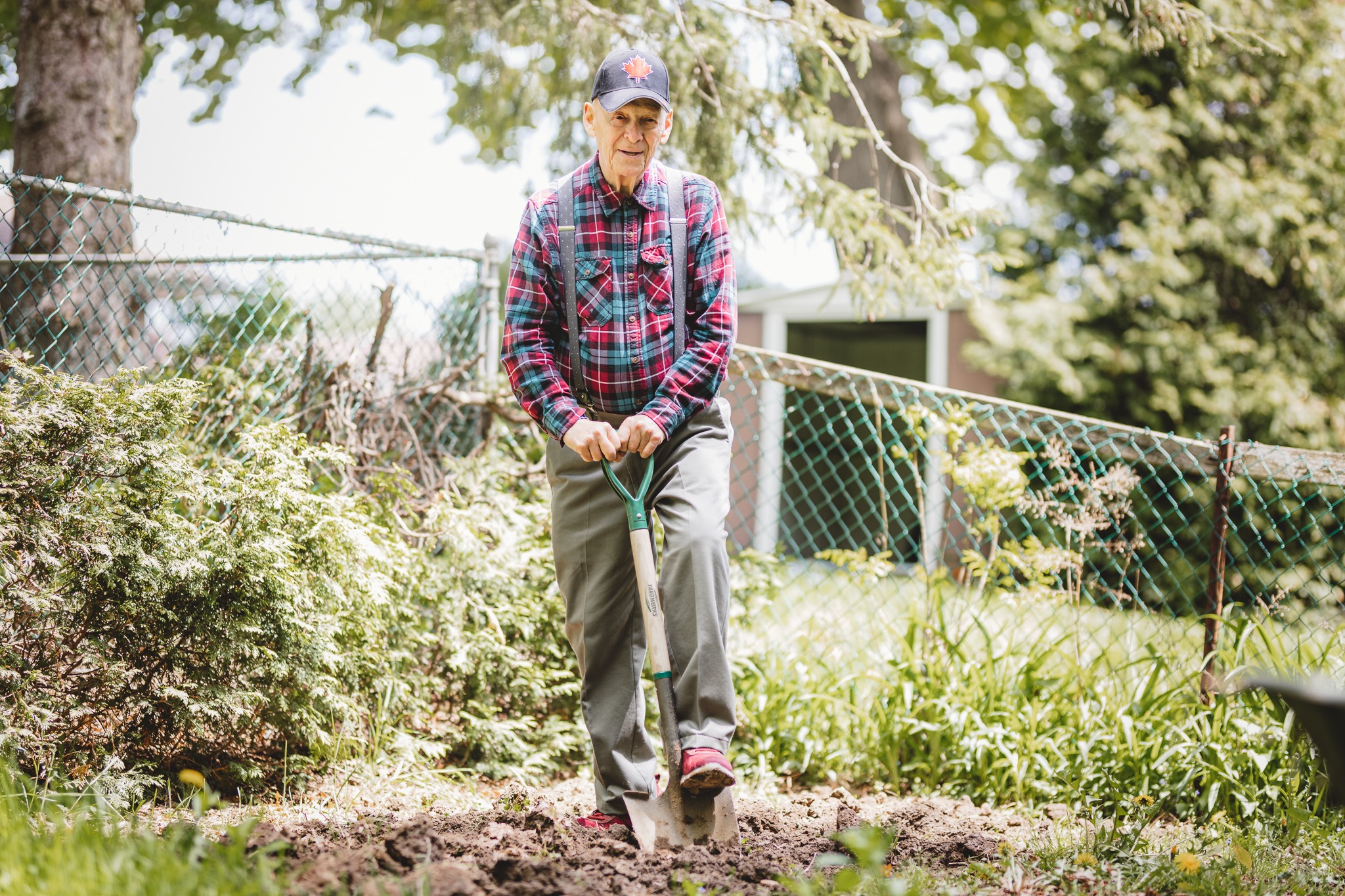