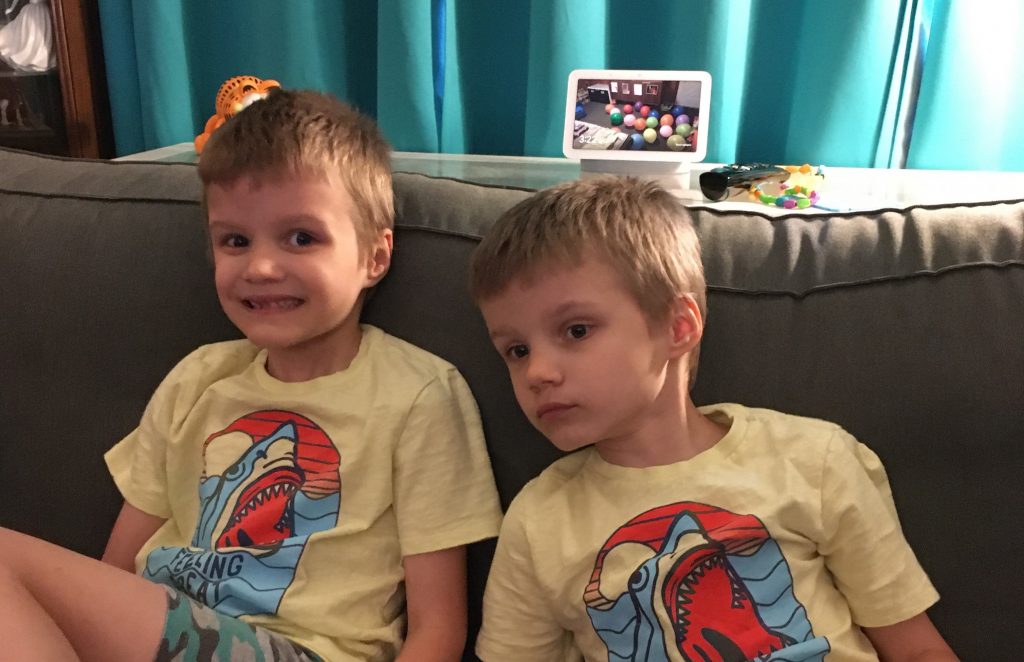 Jackson and William are fraternal twins who are both on the autism spectrum. The teams at Ron Joyce Children’s Health Centre work with the boys to enhance their communication skills and reduce behaviours like screaming and aggression. They are sharing their story as 2021 MacKids Walk & Wheel Patient Ambassadors.
Stories

Twins on a shared journey with autism

Being parents of twins is a blessing that has its share of joys and challenges. Tom and Liz of Stoney Creek know this firsthand, as they are parents of fraternal twin boys on the autism spectrum.

When he was six months old, younger twin William started showing signs of autism such as avoiding eye contact and having difficulty sustaining attention.

“William already knew the alphabet before his first birthday,” says Tom. “I remember we went to the mall and he spelled out ‘Hudson’ and ‘Bay’ with his alphabet blocks when he saw the Hudson’s Bay sign.”

Older twin Jackson began displaying signs of autism later than his brother. He was delayed in meeting milestones like crawling and walking, and he did not speak until he was three years old.

“I remember crying after receiving the diagnosis,” says Tom. “We were both relieved and scared that we now had a name for their condition. Once we realized our journey with these boys was going to be different than expected, we set out to learn as much as we could to help them.”

The family began attending Social ABCs, a program that teaches parents strategies to help their children interact and communicate with others. When the program ended, they were placed on a waiting list for additional services.

“RJCHC’s autism services are essential to the well-being and development of our boys. The team make our struggles their struggles. We trust our children with Hamilton Health Sciences because the therapists treat us like family.”

“After waiting as long as we could, we started planning to fund the services out of our own pockets,” explains Tom. “When the funding model changed in Ontario for autism services, we ended up being the first parents to pay for services at Ron Joyce Children’s Health Centre.”

The boys were enrolled in Applied Behaviour Analysis (ABA) Therapy and worked with therapists to build on communication skills and reduce behaviours like screaming and aggression.

“The change in the boys was like night and day,” says Tom. “William was using more words instead of screaming and many of Jackson’s aggressive behaviours were gone. We couldn’t be happier with the progress they’ve made.”

Autism in the time of COVID

The boys were flourishing and learning how to communicate their basic needs. But all of their progress came to a halt when the COVID-19 pandemic hit in 2020.

“Times are tough even when we have all our support in place, but our situation is nearly impossible to manage without any support.”

The boys didn’t respond well to a virtual-care model. Tom and Liz practiced the skills they learned in the ABA and Social ABCs program every day, but the tasks became mentally and physically draining a few months into the pandemic. William then started to regress back to his old behaviours.

“What got us through our day was walking around the neighbourhood. One of our greatest days was when William let go of my hand and he stayed with me instead of running away. Being able to take the boys for a walk safely was a major goal and it was like I won the lottery when it happened.” 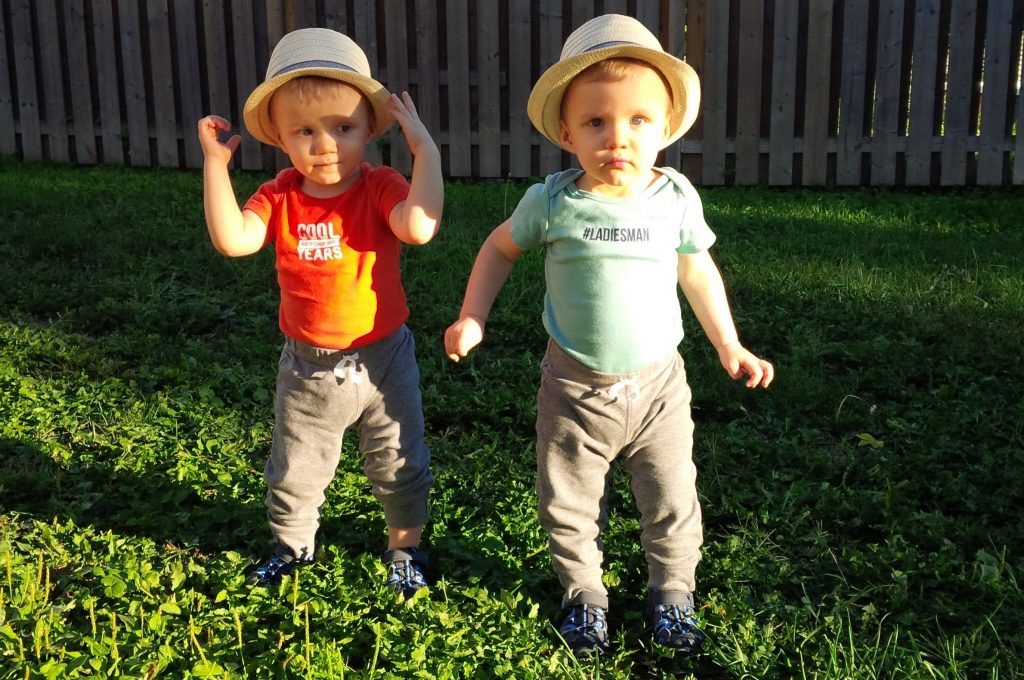 The twins as toddlers.

The boys resumed in-person services at RJCHC in August 2020, including having therapists visit their house for a couple of hours a week. While William still faces setbacks, both boys continue to develop new skills each day.

“They bring out the best in people,” Tom says. “They are so vulnerable, yet so full of life. We are grateful to be their parents.”

Tom and Liz are thankful for all of the help they receive and show their gratitude by giving back, including serving as Family Advisors for the Autism Program.

“RJCHC’s autism services are essential to the well-being and development of our boys. The team make our struggles their struggles. We trust our children with Hamilton Health Sciences because the therapists treat us like family.”

How common is autism in siblings?

According to Dr. Caroline Roncadin, Clinical Director of the Autism Program at MCH, Autism Spectrum Disorder (ASD) has a high heritability rate. This means that ASD tends to run in families.

Approximately one in five siblings of a child with ASD will also have ASD. This increases to approximately four in five who have an identical twin with ASD.

Jackson and William are sharing their story as a 2021 MacKids Walk & Wheel Patient Ambassadors. Register for the event today! 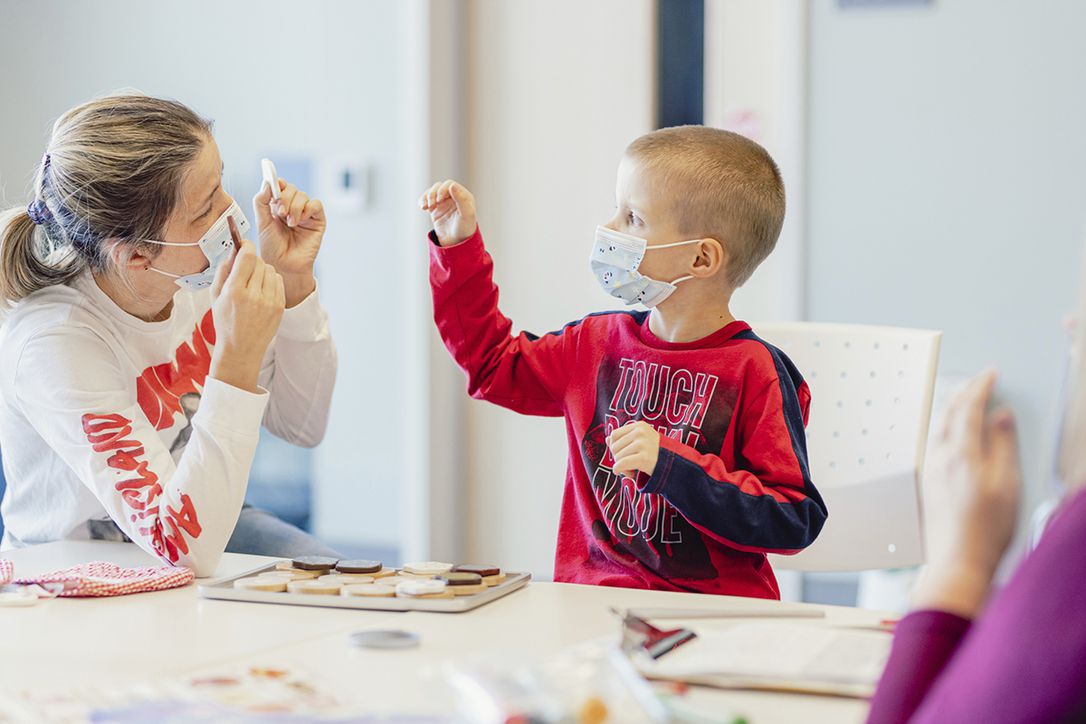 Free services for children with Autism and their families 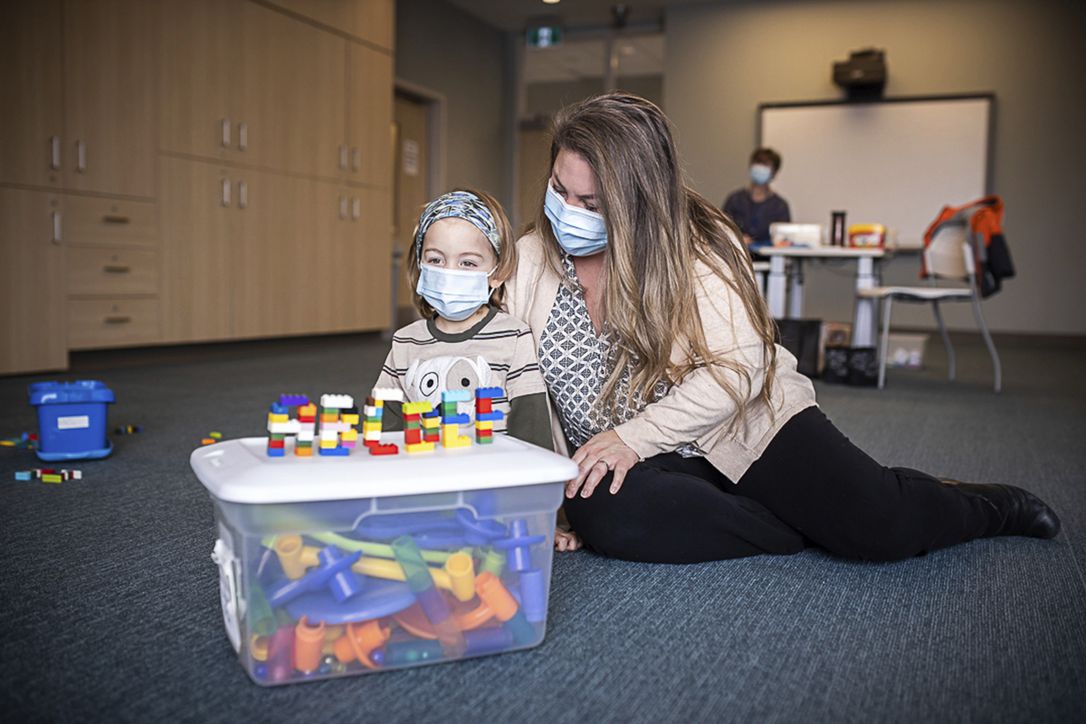 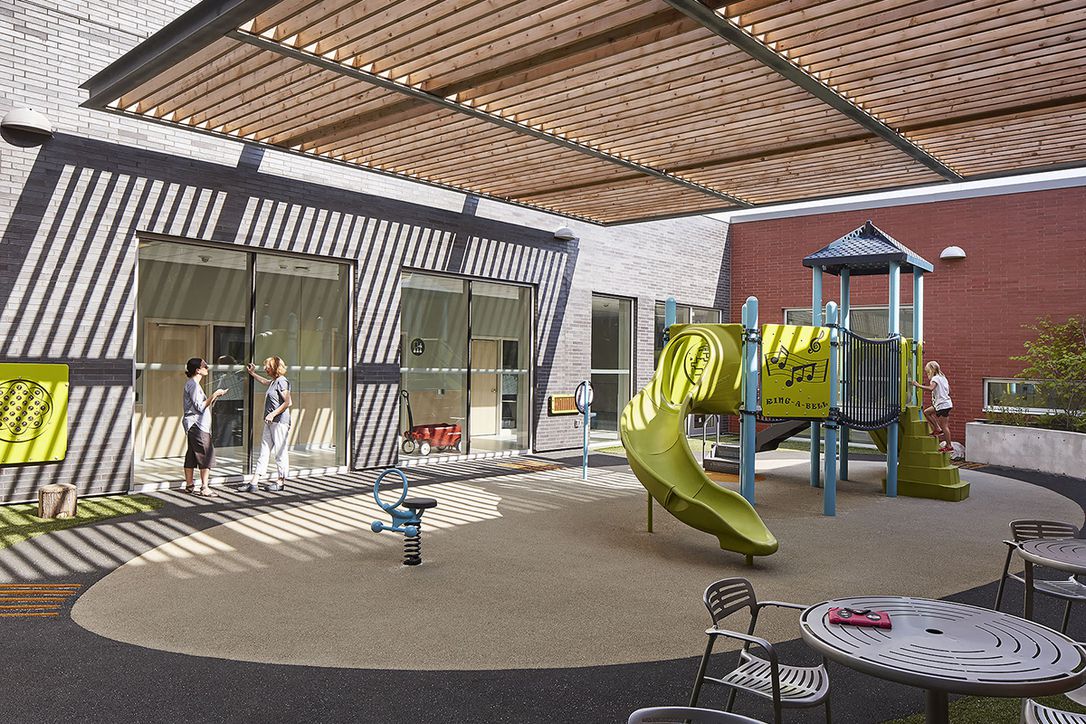 Discovering your child has Autism: One family’s story