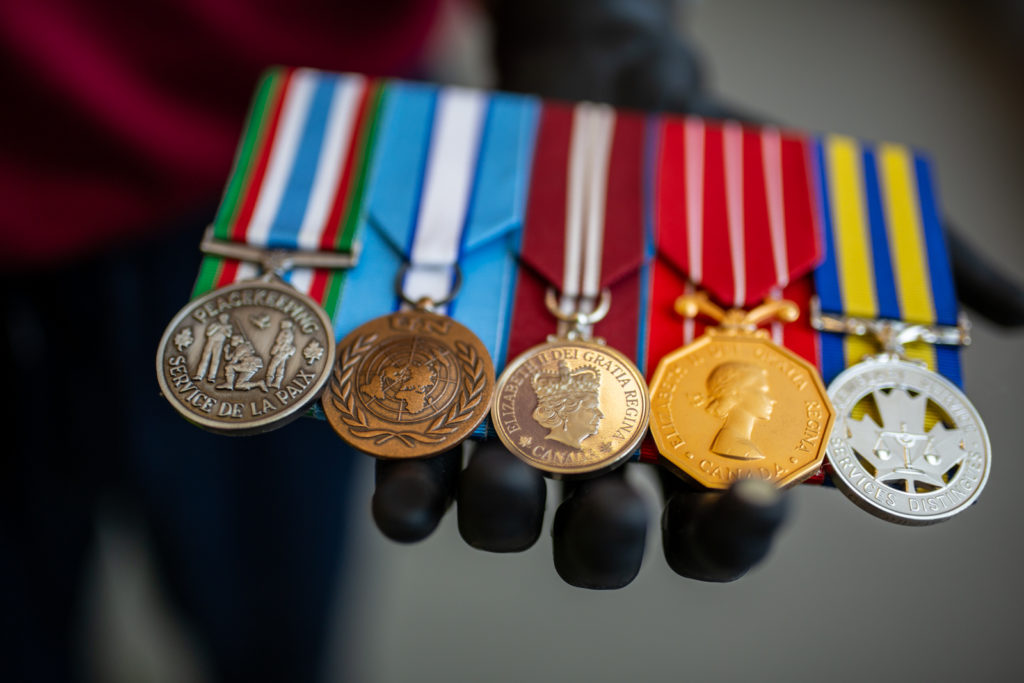 Craig Tourangeau can still feel his hand. The last moment he had it, his fist was closed. Closed tightly around a grenade, about the size of a toilet paper tube. His hand feels exactly as it did in those last seconds—gripped so forcefully that it feels wrapped in layers of duct tape. Except it’s not there.

Craig was part of Joint Task Force 2, which was enlisted to protect the 1994 Commonweath Games from potential terrorism threats. The veteran had completed extensive training. He and his team were running a simulation drill in advance of the games. The scenario: a hostage rescue. Craig was armed with a stun grenade to distract the “terrorist.” It was just a drill, but it got very real, very quickly. The stun grenade was faulty. When Craig pulled the pin, it exploded in his hand.

“It felt like my hand was slammed in a car door,” he recalls.

Craig didn’t let the loss of his hand hold him back. If anything, it has pushed him to work even harder on his goals. There isn’t much he can’t do thanks to his motivation, the team in Hamilton Health Sciences’ Prosthetics and Orthotics Department, and some very cool technology.

“Craig’s success in the use of the prosthesis is a team effort,” says Ken Roczniak, a prosthetist at HHS who has been treating Craig for a number of years. “The patient is very much a part of that team.” The power of a myoelectric hand Technology has kept pace with Craig’s desire to tackle new challenges with his prosthetic hand. He currently uses a myoelectric system that picks up on electrical signals from his muscles. They voluntarily open and close the hand. It allows him impressive control. He can move his hand into a range of grips by motioning in different directions, or using an app on his phone.

“It requires a fair bit of training to operate,” says Ken. “Craig picked it up so quickly. Before we knew it, he was showing us things he could do with it that we didn’t even know existed.”

Craig regularly sees a team of specialists including a doctor, prosthetist, prosthetic technician, and occupational therapist. They ensure his prosthetic is well fitted, and able to accomplish what he wants it to. He works as a canine police officer, and is an avid motorcycle rider so he needs it to perform at a high level.

“I’m always on the go,” says Craig. “I have different devices for different activities, which allows me to do pretty much everything.”

Ken says that while technology has enabled Craig to take on a range of challenges, his success would not have been possible without his attitude.

“I have the utmost respect for our veterans both past and present,” he says. “I am inspired by Craig’s positive attitude about the challenges that he faces with the loss of his hand. His determination to integrate this technology into his everyday life is a major factor in his success.”