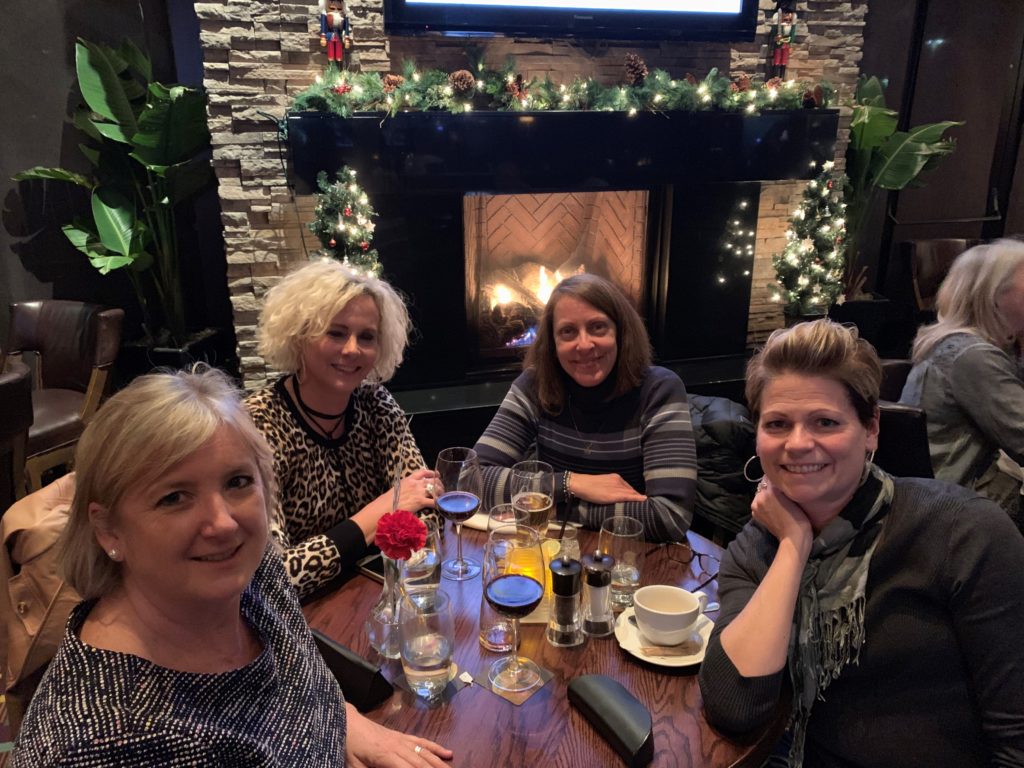 They refer to themselves as “breast friends.” That’s because Sandra Epping, Sandy Alward, Sonja Heeringa, and Sharon Miedema are all breast cancer survivors who met at a support group and formed a special bond.

They have decided to walk in this year’s BRIGHT Run under the team name “Vicki’s Breasties” to honour their dear friend Vicki Harvey who died September 2018.

Sandra was the first of the group to be diagnosed with breast cancer in 2003. She was 36 years old. She met Sandy after her diagnosis in 2004 at Burlington’s monthly Breast Cancer Support Services drop-in support group. Sandra was finishing treatment and Sandy was just starting.

“There was just a connection between all of us,” says Sonja. “We would stand in the kitchen before and after our group meetings and chat. We could be serious and cry together or we could laugh together.

“The very first time I came to the group, I still had my hair. I remember seeing Vicki. She had this short hair and I could tell it had just grown in. I thought, ‘Oh my, is my hair going to look like that?’ and we laughed about it later on.”

Sandra and Sandy led the support group before Sonja, Sharon, and Vicki took over.

“Vicki was like an encyclopedia. If you had any questions about cancer, side effects, or treatment, she was always the one to know the information,” says Sonja. “She was kind and smiley and positive – but very real.”

Outside of that support group, a new group formed. It consisted of the five ladies and involved food, wine, laughter and tears. At least four times a year, Sandra, Sandy, Sonja, Sharon, and Vicki would have a dinner date.

When Vicki passed away, the group decided to participate in BRIGHT Run under the team name “Vicki’s Breasties” to raise money for breast cancer research. All funds raised by BRIGHT Run participants go directly to research at Juravinski Cancer Centre, where all of Vicki’s Breasties received treatment.

“I remember the very first time I walked into the Cancer Centre thinking ‘Oh wow, how am I going to do this?’” says Sonja. “By the time I was done, I would walk in with a smile and wave at people I’ve seen time after time. Everybody is so kind there. I have nothing but good things to say about it.”

On September 7, Vicki’s Breasties will walk in the BRIGHT Run. Afterwards, they will share a meal together and remember their breast friend. 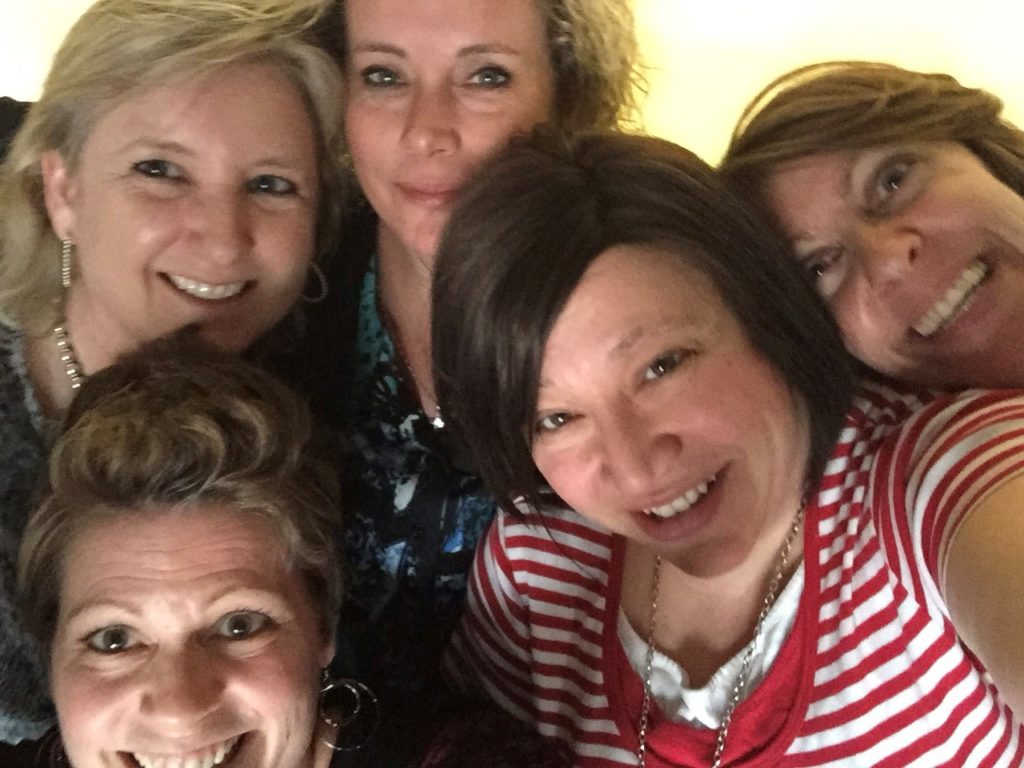