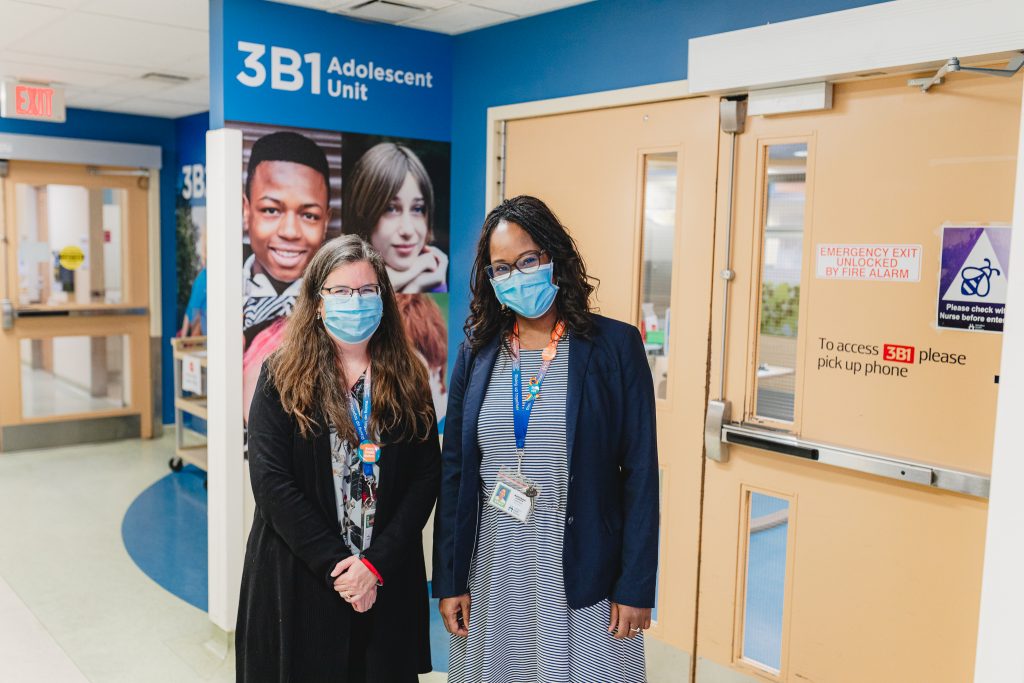 Mind Over Matter: Inside the Shadow Pandemic of Pediatric Eating Disorders

The pandemic has thrown many young people into crisis. Prolonged periods of social isolation, disconnection from regular routines and in many cases, a new normal for family dynamics is resulting in the growth of increasingly unbalanced, unhealthy, concerning and dangerous habits.

The nationally recognized Pediatric Eating Disorders program at McMaster Children’s Hospital is seeing an unprecedented number of children and youth coming to the hospital with serious mental and physical health concerns; a trend that is anticipated to continue into the future.

This is the first piece in a three-part series shining a light on the eating disorder diagnosis and its treatment from three different and unique perspectives: the provider, the patient and parent, and the program administration.

Overwhelmingly, the children’s health community cites the COVID-19 pandemic as a trigger for never-before-seen levels of self-harming behaviour in kids across Ontario and elsewhere.

Drastic, sudden and prolonged changes, like the switch from in-person learning to virtual schooling for months on end, flipped young people’s lives upside down. When schools closed, many students were left mostly on their own to figure out this new environment.

As a result, demand across Hamilton Health Sciences’ McMaster Children’s Hospital (MCH) child and youth mental health programs has been unprecedented. The pediatric eating disorders program is at the top of that list. Referrals and admissions have exploded, up 90 per cent and 50 per cent respectively above pre-pandemic levels. 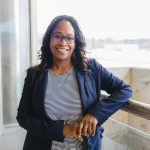 “We’ve been working at a deficit in a shadow pandemic for the past 18 months,” said Dr. Natasha Johnson, pediatrician and co-medical director of the eating disorders program at MCH.

“A problem with eating”

It’s not completely clear what causes an eating disorder.

Studies have looked at the diagnosis for decades, but most come up inconclusive as to the root cause.

Creating the complexity is that they don’t come in one shape or size, and are not exclusive to any cultural background, race, religion, socio-economic status or gender. However, from a clinical care perspective, the cause isn’t all that important. 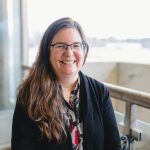 “We take an agnostic view,” says Dr. Jennifer Couturier, pediatric psychiatrist and co-medical director of MCH’s eating disorders program. “We don’t know the cause, but that doesn’t really matter. At the core is a problem with eating. We believe it’s no one’s fault. Our main priority is to normalize eating behaviour and address the thoughts which come along with that relationship.”

Evidence does show an evolving list of common risk factors.

“A diagnosis is often connected to an anxiety or a trigger. It could involve a concern about body weight, which turns into an obsession with dieting or over-exercising. Isolation and guilt are commonly present in this patient population, as well as perfectionist personality traits,” noted Couturier.

While the diagnosis is present in all genders, statistically speaking, eating disorders are more common with females.

“There are definitely stereotypes in popular culture,” noted Johnson. “We don’t tend to think of eating disorders with males or other groups, despite it absolutely being present. Media often exposes and distorts our perceptions of what’s real and what’s not.”

Treating young people with eating disorders requires a unique medical approach, as the diagnosis straddles both mental and physical health domains. Only a few centres across the province – including MCH – have access to the resources and expertise needed to effectively treat the diagnosis.

“There is agreement that eating disorders start as psychological. It often begins with an anxiety disorder, about weight or healthiness or exercise or something else. Then the medical complications develop as that behaviour progresses,” says Couturier.

The health complications can be serious.

“Eating disorders are potentially the most lethal mental health diagnosis,” says Johnson, noting anorexia has the highest level of death, equally from effects of the symptoms and from suicide. “While death is not common, the disorder can definitely be life threatening. Very often we see patients coming to the emergency department with a dangerously low heart rate, abnormally low weight and low blood pressure. They require immediate intervention.”

Depriving a growing body of nutrition can have many dangerous health impacts.

Parents know their children better than anyone else. They are their greatest advocates and can play a huge role in identifying a potential eating disorder.

“I’ve heard many parents say ‘I just knew something was wrong.’ If you’re a parent or caregiver and you think there’s a problem, bring your child to a provider to get an assessment,” encourages Johnson.

Warning signs include changes to a child’s weight or blood pressure, or if they’re falling off the growth curve. Adolescence is generally a period of physical growth and young people should not be losing or struggling to gain weight during this time in their lives.

If the child is a picky eater, question whether the pickiness is changing or becoming more restrictive.

Other signs include a child suddenly not eating with family or changes to their diet outside of the family context. “For example, a sudden change to veganism with no previous desire to do so and no similar influences within the home could be a signal,” says Johnson. 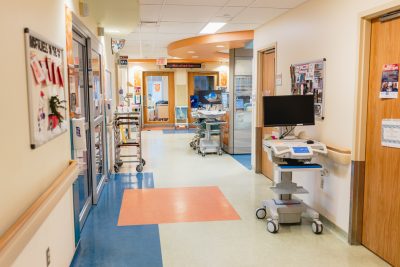 Unprecedented demand for treatment has challenged the MCH team, though they continue to maintain exceptional standards of care for every patient.

“The pandemic has been very stressful for patients, families and providers. It’s also forced us to find new ways to deliver care, innovate and keep driving toward patient service and building the case for more funding. We will always be here and advocate for our patients,” says Johnson.

That tenacity has paid off. In early November 2021, following discussions with MCH and other children’s health centres across Ontario, the provincial government announced funding to further support eating disorders programs. Details are still being worked out, but MCH is eager to translate the funding into more care at the unit level.

“Parents and young people need to know: eating disorder conditions are treatable. With the right supports, the vast majority of young people recover from their diagnosis,” reminds Couturier, adding that the team has received “thank-you” cards from patients many years later, letting them know that they’re doing well.

“That’s why we do the work. It’s not easy and doesn’t happen overnight, but it’s so rewarding to see them back at home and thriving to their fullest potential,” adds Johnson.

Tips for parents and caregivers concerned about an eating disorder

Maudsley Parents is a volunteer organization of parents who have helped children recover from anorexia and bulimia through the use of Family-Based Treatment, also known as the Maudsley approach, an evidence-based therapy for eating disorders.

NIED assists and supports people coping with the effects of Eating Disorders by providing access to educational, informational and other recovery-oriented resources related to the prevention and treatment of Eating Disorders and related mental illnesses in Canada. 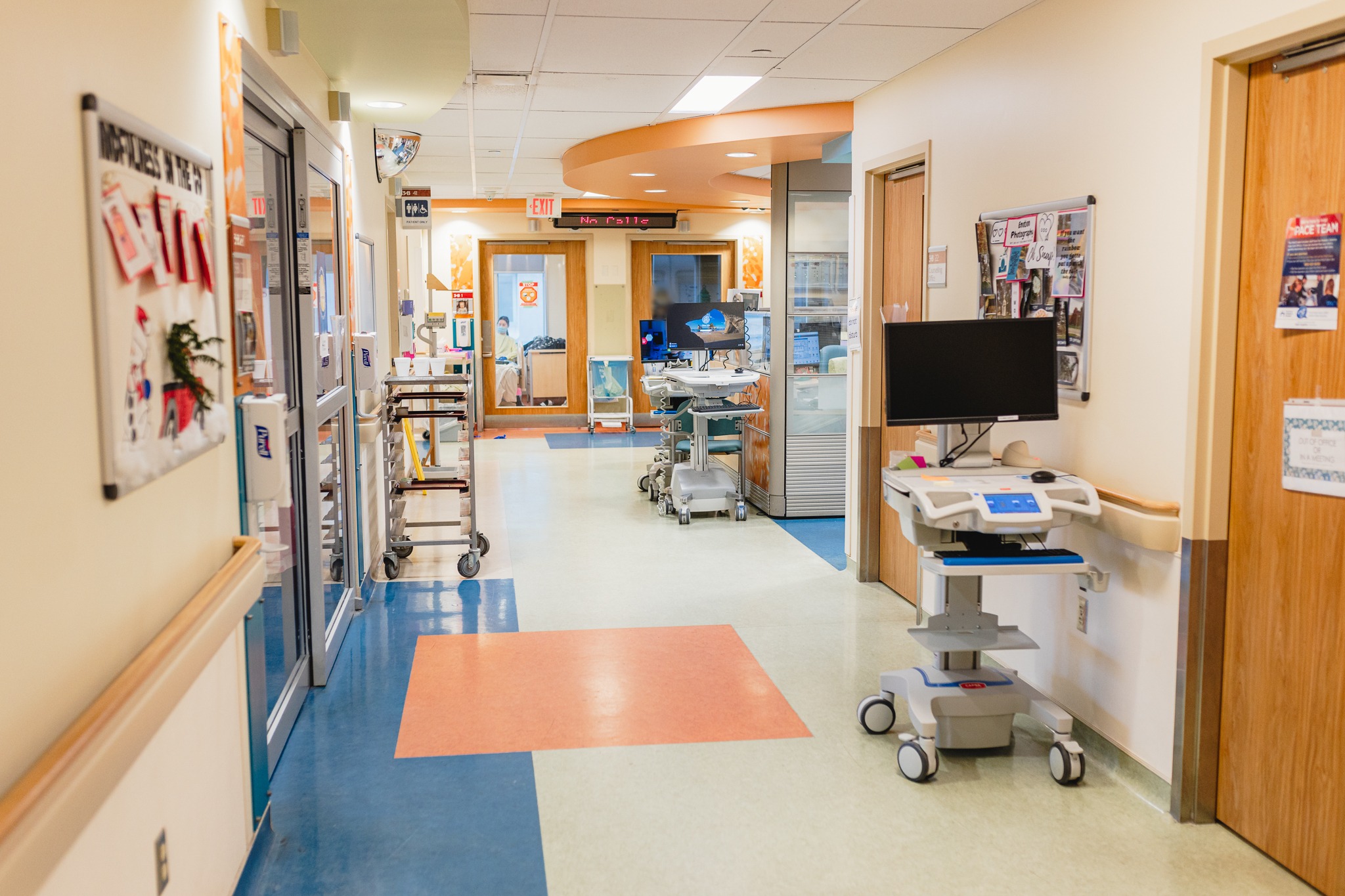 “Eating disorders are now part of our history, and not our everyday life,” says mother of teen patient 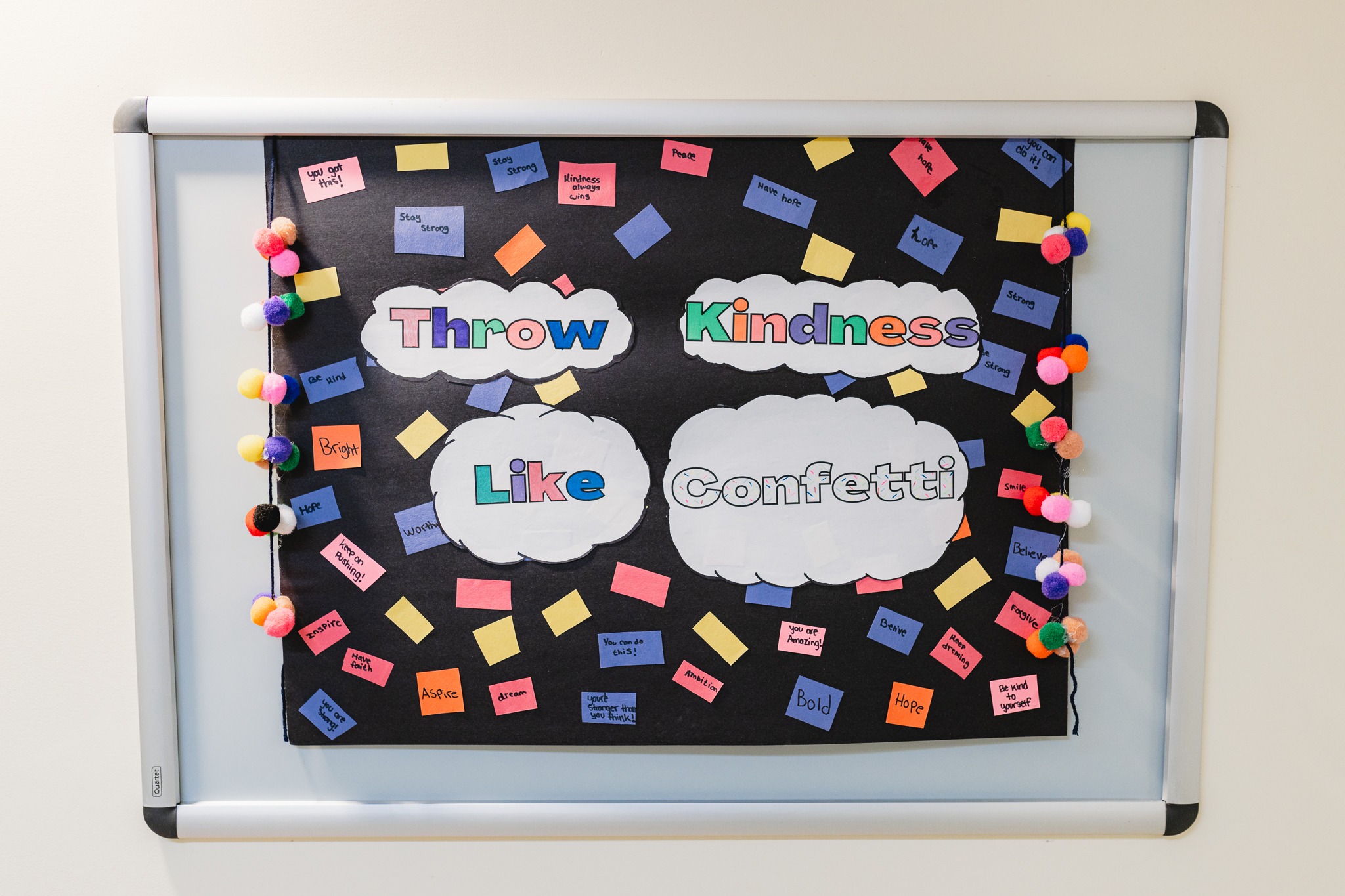 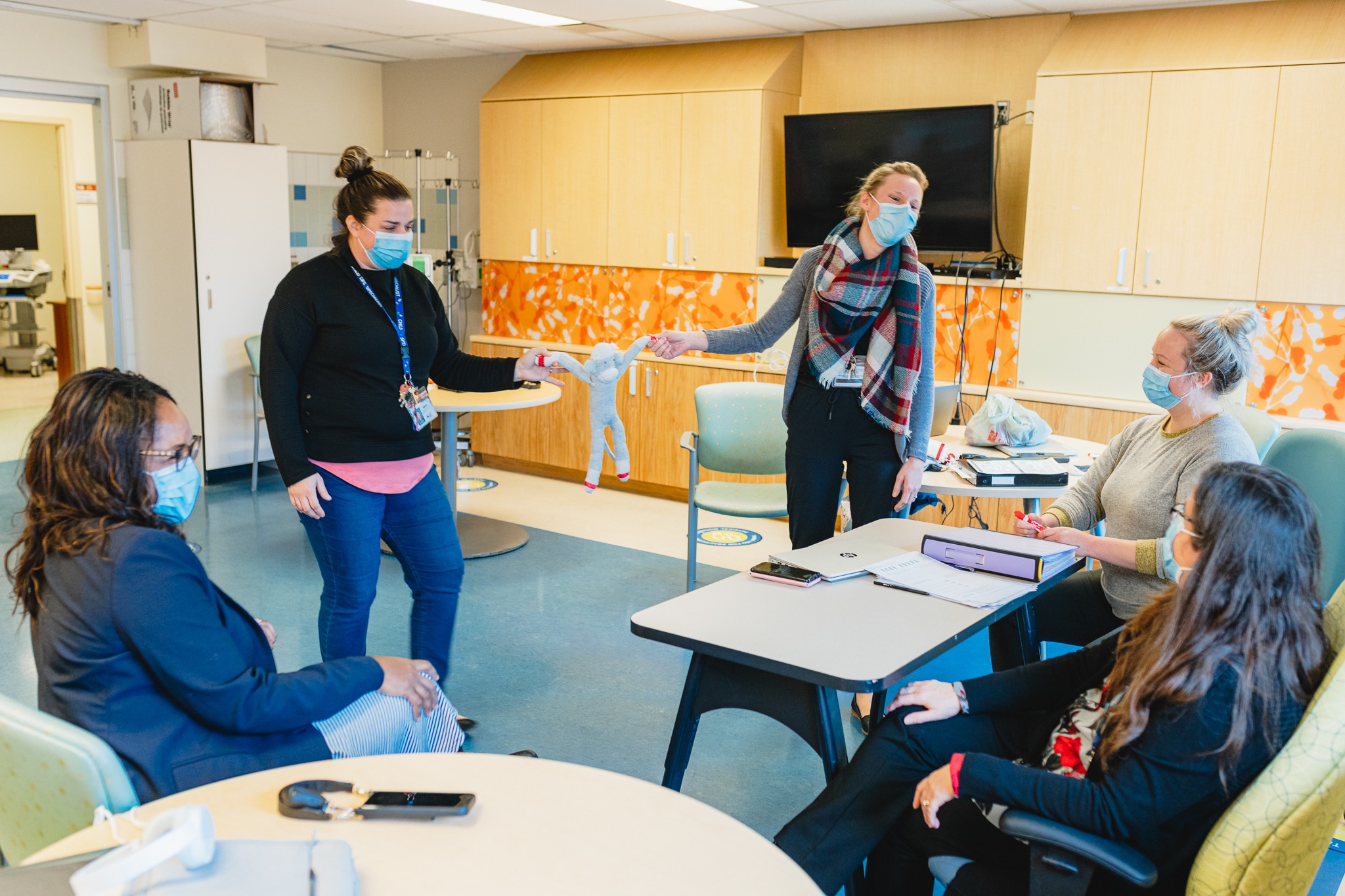 Help is here if your child is struggling with eating