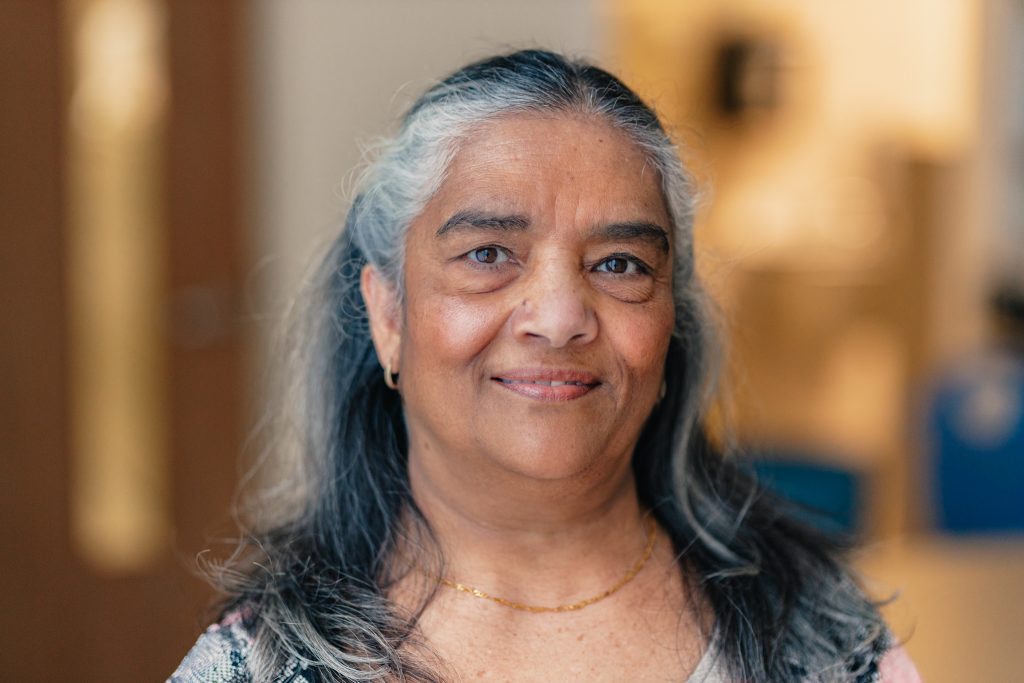 Usha Chauhan, a nurse practitioner in the adult digestive disease clinic at Hamilton Health Sciences’ (HHS) McMaster University Medical Centre (MUMC), is this year’s recipient of the Nightingale Award for Nursing Excellence. The award recognizes a nurse who consistently demonstrates HHS’ core values, and who focuses strongly on patient outcomes and continuous improvement by applying nursing knowledge, skill and judgement. This is the second time Usha has received the award – the first time was in 1975 after she completed her fourth year of nursing training. While this particular award is specific to HHS, the Nightingale Award is internationally recognized, with health care systems around the world having their own criteria.

Usha trained in the United Kingdom (UK) as a registered nurse and midwife before immigrating to Canada where she furthered her education. She received a Bachelor of Science Nursing from Daemen Collage in Amherst New York, is Canadian Certified Gastroenterology Nurse and has a Masters of Nursing and Acute Care Nurse Practitioner Diploma from the University of Toronto. She has worked at HHS since the late 1970s, however, she took some time away to work in the community until her return in 1989.

We recently spoke with Usha about her role at HHS and being a Nightingale Award recipient.

What is your role at HHS?

I work in the outpatient digestive disease clinic. For the past ten years my primary focus has been working with individuals who have a chronic gastrointestinal disorder called inflammatory bowel disease (IBD). This lifelong condition affects individual in their prime stage of life, either during adolescence or young adulthood. There is no cure for this disease. It follows an unpredictable course, and often requires medication which can suppress the immune system.

Within this work, I have also been a study coordinator for numerous sponsored and investigator initiated drug trials, including upper and lower functional gastrointestinal disorders and gastric pacemaker studies. And, a nurse practitioner, I see IBD patients in the nurse practitioner-led clinic. I also work with the gastroenterologist to offer phone advice to IBD patients.

How do you further your role as nurse practitioner?

I conduct nurse-led research. I have received two grants, including one from HHS to conduct nursing lead research studies. Four years ago, I played a key role in establishing the Canadian Nurses Inflammatory Bowel Diseases Group.

I also co-authored articles in a peer review journal, an IBD nurse consensus guideline, practice guidelines, as well as presented abstracts as oral and poster presentations locally, nationally and internationally on the work we do at HHS. Recently, I wrote a book chapter on the clinic model in IBD care.

What does this award mean to you?

I am humbled to have been nominated, let alone receive the award. It was a huge surprise for me that my physician partner, Dr. John Marshall, took time out of his busy schedule to nominate me at the beginning of the pandemic in March. It is an honour to receive this award again. 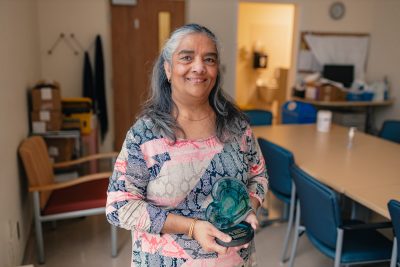 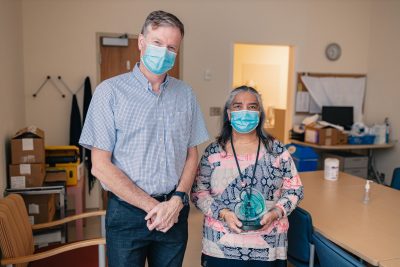 Dr. John Marshall is Usha's physician partner and her nominator for this year's Nightingale Award

What made you enter your field of work?

I wanted to be a nurse since I was very young. In the late 1960s, within our East Indian community, nursing was viewed as an unclean profession, and everyone was discouraging me from pursuing it. But I got a lot of support from my parents, especially my mother who thought nursing was very important profession and supported my passion. She always had an answer to anyone who made any negative comment by saying, ‘who will take care of you when you are sick in the hospital’?

Initially I started in children’s medicine and then went into the gastroenterology field because I could work during the daytime. As the years went by, I learned a lot about IBD management and how it affects patients’ lives.

What’s one thing people would be surprised to learn about your role?

When I started nursing school at age 18, I was told by a matron I would not enter the registered nurse program. She felt I would not complete the program as I only had a basic secondary school diploma.

I had to achieve an advance level high school diploma in three subjects—English, math and science—within the first six months of starting the program. Since then, I was the only person who graduated from my class with a dual degree. I continued to work hard to earn my master’s degree to allow me to work as nurse practitioner.

What have your nursing challenges been this year during the pandemic?

I have made changes to my practice in order to provide remote access to provide quality care to patients. I have found myself providing remote care, ordering tests remotely and asking patient’s to follow-up with me in a timely manner in order provide results and follow-up care to any changes in the medical management.

The pandemic has emotionally affected many patients, and those emotions can cause gastrointestinal symptoms to worsen. There is a lot of fear among people about getting COVID, in addition to the uncertainty and unpredictably surrounding their chronic disease. It has been difficult for patients trying to navigate through the healthcare system when clinics were closed and maybe not having access to primary care or being worried about going to the hospital for care. I have found myself working long hours being available at times just for support.

Firstly, my family, especially my mother, my husband and my daughters. They do not complain when I work long hours, both at the hospital and while at home doing various committee and research work. 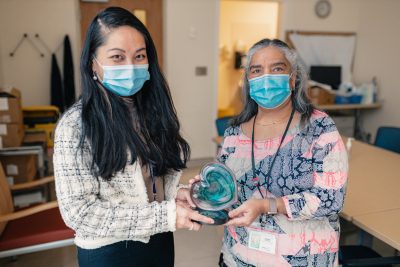 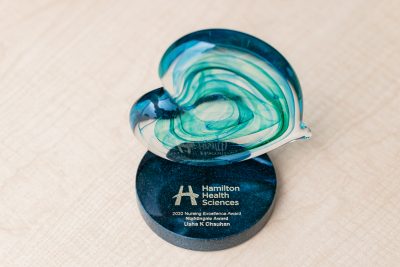 The 2020 Nightingale Award for nursing excellence

Secondly, my physician partners, who encourage me to excel in my role at HHS. They provide an opportunity to be involved at the local level and on a global scale to provide IBD care and to conduct nursing research.

Lastly, my nursing colleagues and non-nursing at HHS, locally nationally and internationally who have mentored me and encouraged me to expand beyond my limits.