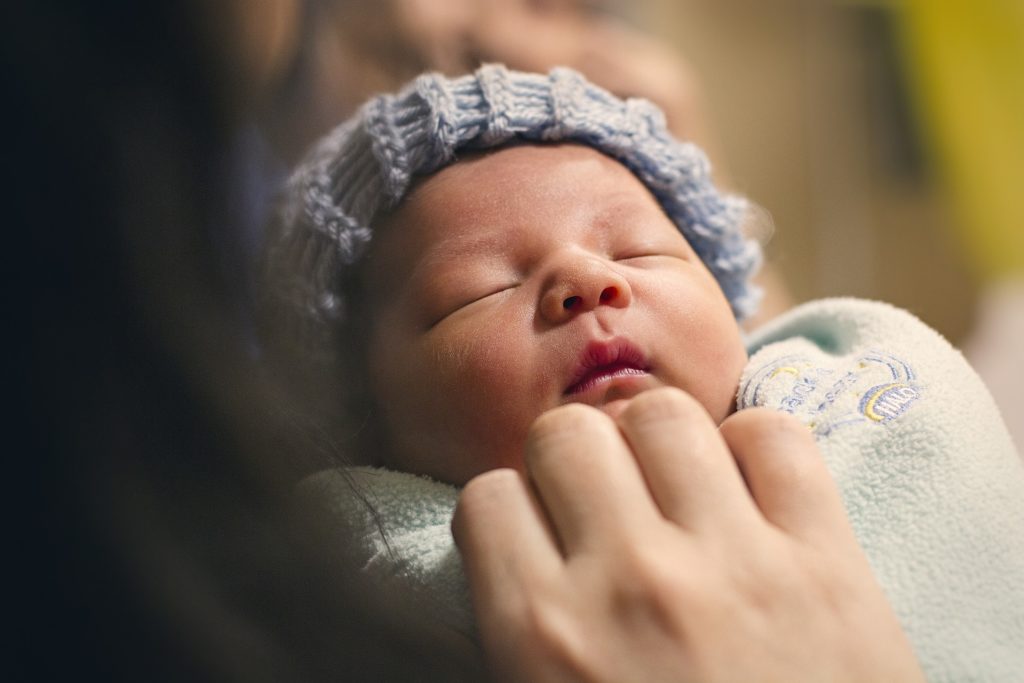 Becoming a mom: a nurse’s perspective

Staff in Women and Newborn Health at McMaster University Medical Centre help new moms everyday. You’d think when it came time for them to have their own children, they’d be the most prepared parents-to-be around. You’d be wrong. While these ladies know a lot about childbirth itself, they agree, there’s no way to fully prepare for motherhood. In honour of Mother’s Day, some of our nurses share what even they weren’t ready for.

Melissa has been a nurse in Labour and Delivery for six year and has just returned from maternity leave. Each shift she helps to deliver anywhere from one to five babies, so she’s been part of thousands of births throughout her career. She’s also worked in the neonatal intensive care unit (NICU) so has spent a lot of time with newborns.

“I definitely knew what to expect with the delivery. I knew it’d be harder and more painful than anything I could imagine so I wasn’t too worried about it. What did scare me was what came after – going home with a baby. When I was working in the NICU, the care we provided was very scheduled so that’s what I thought the first few months would be like. Was I ever wrong! You are literally flying by the seat of your pants at every moment.”

“Despite the whirlwind of the past 13 months since my daughter’s birth, the thing that’s surprised me the most is how much I love being a mom. It’s totally changed my perspective on life and has given me a new purpose.”

Spending time in the NICU

Valerie is a nurse in Women and Newborn Health, and has been for 12 years. Each shift, she nurses anywhere from four to seven women. However, she’d only been in the role for 4 months before she had her first child.

“Seeing him in the NICU scared me. It’s so much different when it’s your own child.”

“I thought I was prepared for childbirth. I thought it would be easy. Even with a quick delivery, it was much harder than I ever expected! My son needed to stay in the NICU for a short time, and even though I knew he was in good hands and I fully understood the medical reasoning, seeing him in the NICU scared me. It’s so much different when it’s your own child.”

“Being a nurse might give us a better understanding of childbirth, but it doesn’t prepare you for being a mom. The first couple years are still the hardest and best of your life!”

Caroline has been in Women and Newborn Health for 14 years. When she was pregnant with her first child, she thought her career would prepare her for having children, but it only prepared her for delivery.

“I thought my experience with shift work would prepare me for the lack of sleep in the first few months with a newborn, but nothing can prepare you for that! Having a newborn is truly all-encompassing in a way you can’t understand until you have your own child. Regardless of the challenges, it’s worth every minute.”

“Having children actually gave me a new perspective on doing my job. I had no idea breastfeeding was as difficult as it is, so once I’d had my first child I really understood when some patients would struggle with it.”

Kelli has been a nurse at HHS for 10 years and has three children, but she had her first two children before her current role in Women and Newborn Health.

“I didn’t have many pre-conceived expectations when I had my first child. But what surprised me was how much I learned when I moved into Women and Newborn Health, even after having had two children. I was most surprised by all the feeding options and techniques. It really gave me perspective as to how valuable professional support is for a new mom. By the time I had my third child I was well prepared!”

Sarah has four children and has been a nurse in Women and Newborn Health for 11 years with the past two years in Labour and Delivery. She used to keep a tally of all the births she had been involved in, but lost track after 250.

“Even though I didn’t have any complications throughout my first pregnancy, I was still pretty nervous since many of the patients I had cared for were high risk pregnancies. However, I was confident in the people I worked with to deliver my baby, and knew how great the care would be if any complications were to occur. I felt like I had a good handle on what to expect for the first three days after delivery, beyond that I had no idea!”

“Whether you have nursing experience or not, it’s comforting to know that McMaster University Medical Centre brings thousands of babies into the world every year.”

Motherhood is a journey like no other, regardless of having nursing experience. However, our staff have a piece of advice about becoming a new parent – no matter how much you plan, you really have no control over the process. Keep an open mind and enjoy the experience!