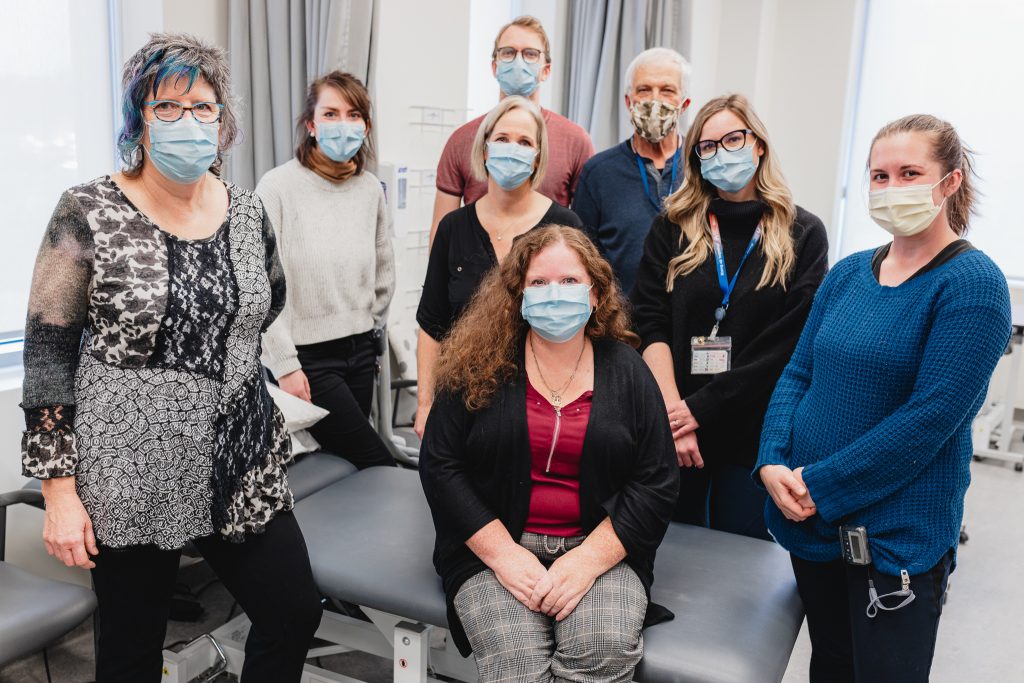 Thirty years of working for the same company is something to celebrate – but 30 years of volunteering at the same place is even more special.

Volunteering at the age of 10 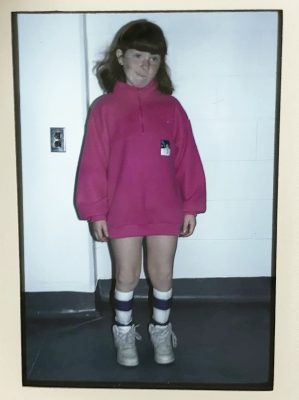 “The hospital staff said I was different”

McBride was first cared for by the hospital when she was very young. She has spina bifida, a condition that affects the spine, so the P&O department helped her to walk by making her custom ankle foot orthoses.

Back then, McBride was going to the former Chedoke Hospital where P&O services were located, every couple of months. She had been through four or five types of orthoses as a child.

“I was known to break them,” she laughs. “You know, running as a kid.”

Her orthotist at the time was Don Weber, who has since retired from HHS. Weber was also a clinical instructor in orthotics for the George Brown College P&O program.

When she was ten, Weber asked McBride if she would be a patient model for the students. She said yes and her family agreed. That was in 1991.

“The hospital staff said I was different because most people with spina bifida walk on their toes and I walk on my heels,” says McBride, “so it gives the students a different outlook.”

She still volunteers at the prosthetics and orthotics department at RJCHC when the George Brown College students are learning to do physical assessments and create treatment plans for orthoses. “I am their Guinea pig,” she says. “They get me to walk across the room or do range of motion exercises with my legs to see what I can do and which way I can bend.” 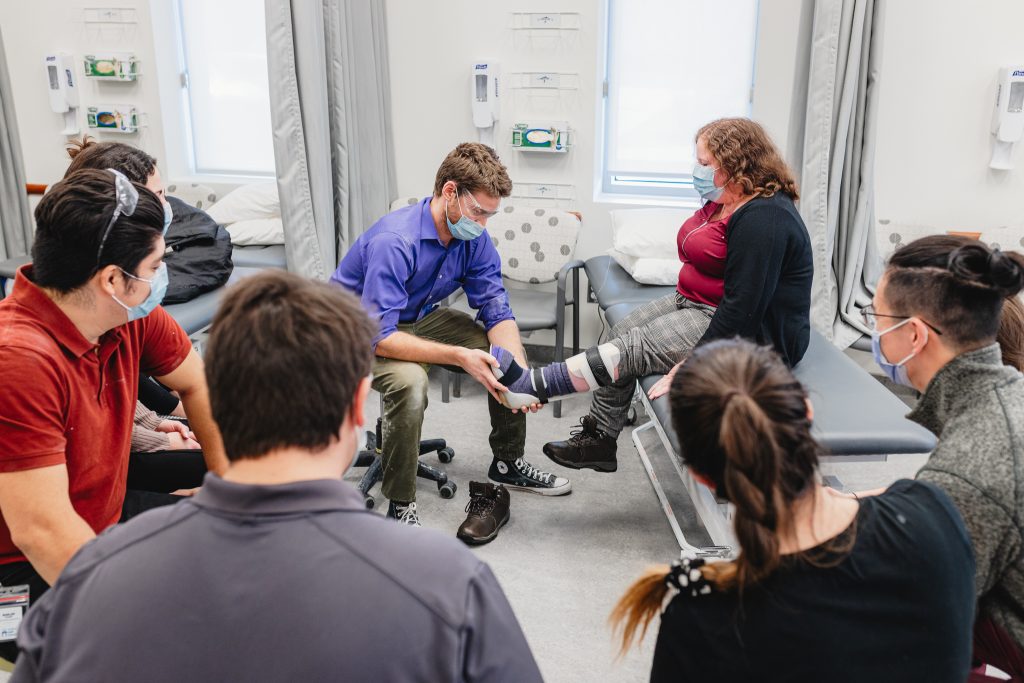 Melissa McBride is a patient model for students at George Brown College. 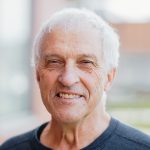 Weber says the first thing that comes to mind when Melissa’s name is mentioned is: “she’s in!”

“I worked on a number of new orthotic designs over the years and Melissa was always ready to give it a shot, putting in the extra time it took to work out the fine details,” says Weber. “Need a model for orthotic student exams? Melissa was ready to participate, not just for one time but whenever you needed her. She quickly picked up the goals of these evaluations and became that ideal ‘new’ client each time another student entered the room. During these activities she maintained a sense of humor and wit through the good and sometimes challenging times.”

Current HHS orthotist Sharon Carr met McBride while in Weber’s 1991 class when Carr was a student at George Brown college.

“Throughout my career, I would think about her when I saw someone who had similar weakness, and her memory helped me develop treatment plans for my own patients.” 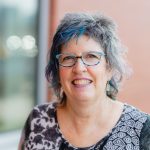 “Melissa was so good to our class and didn’t mind to keep walking so that we could learn from her gait,” remembers Carr. “Because of the type of weakness Melissa had and the type of ankle foot orthoses that she was wearing (made by Don), I had one of those ‘lightbulb’ moments watching her walk as a student. Throughout my career, I would think about her when I saw someone who had similar weakness, and her memory helped me develop treatment plans for my own patients.”

Carr started working at HHS in 1996 with Weber as a mentor. Eventually, Carr took over the teaching role and found herself booking McBride in for her own students. 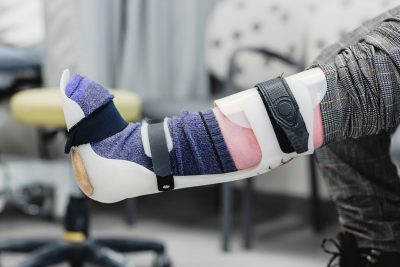 “Probably most of the orthotists here at HHS have seen Melissa during their P&O education,” says Carr. “Because she’s been coming in for so many years, she knows how to work well with students. She doesn’t give any secrets away to make it easier for the students! She is always punctual, very patient and attentive. She treats the students with respect and fairness and gives them a very realistic picture of her weakness. She is always smiling.”

“She is always smiling”

McBride also volunteers at St. Peter’s Hospital where her dad was a patient (currently volunteer activities at HHS are paused due to the pandemic). After her dad passed in 2013, she started volunteering in the gift shop and then, escorting patients from their rooms to the gym in the rehab centre.

Before the pandemic, when in-person events were organized at RJCHC, McBride helped with the accessible Halloween event so children with disabilities could trick or treat.

Everything she does is with a smile.

“I love meeting new people. I love joking around and getting to know them. I’m pretty social that way,” she says.

“I like getting to know the patients and just learning about them and their families. I just to try and get them to smile. That’s my favourite part.” 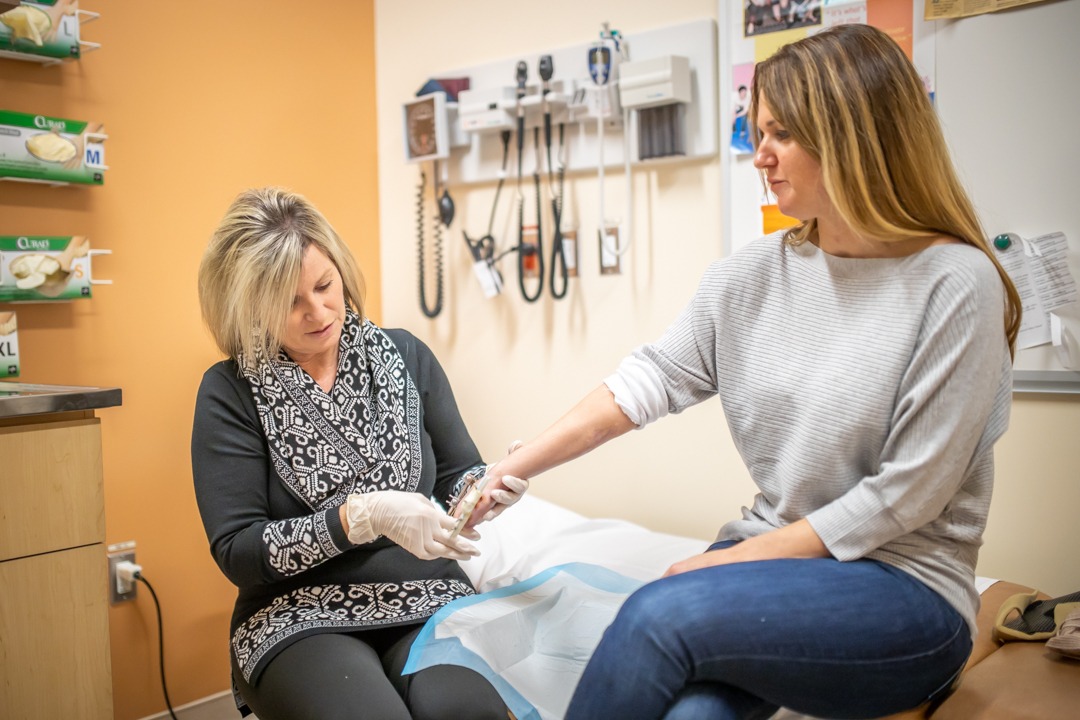 Personal growth: a new hand and a fresh perspective 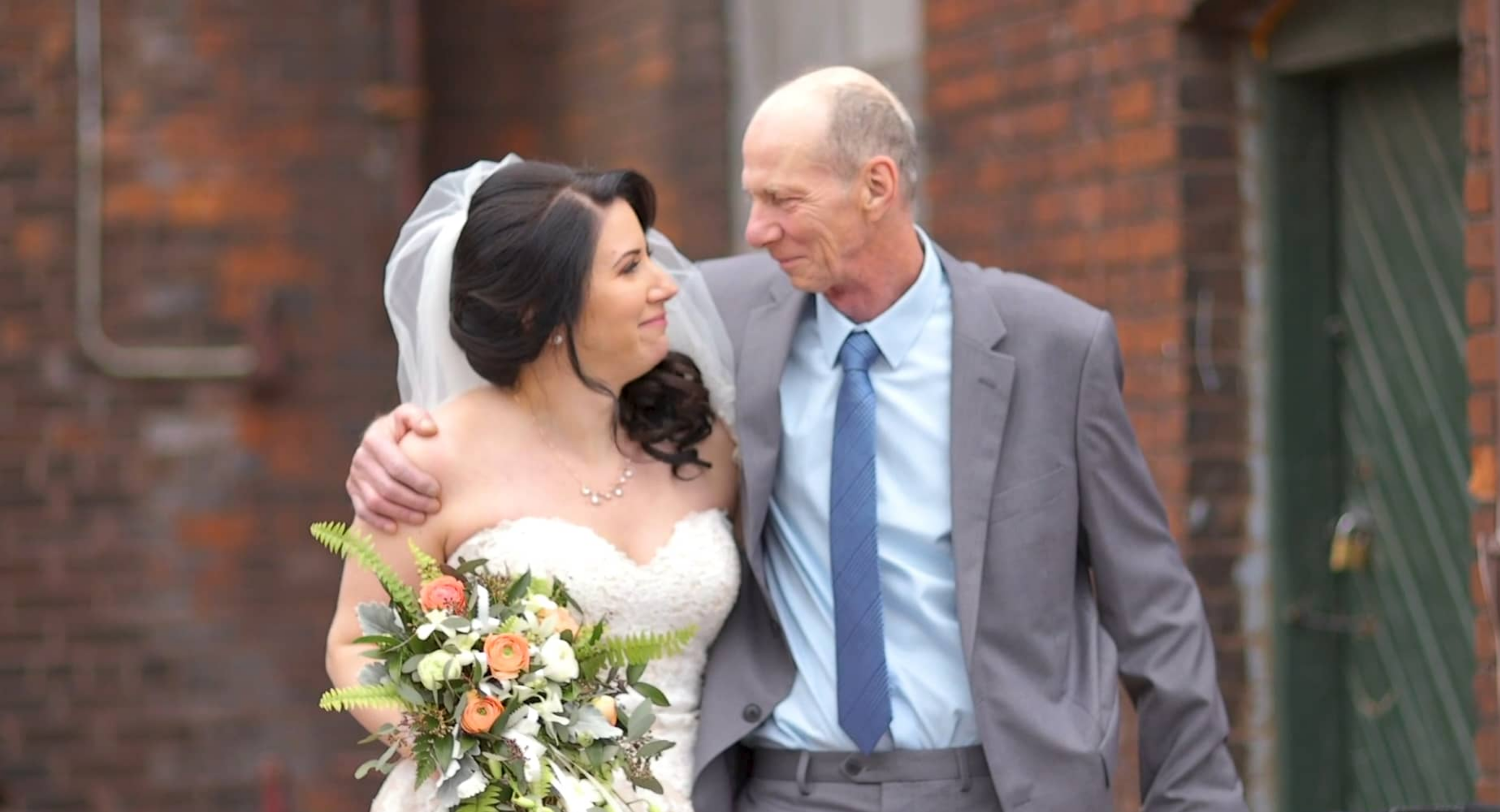 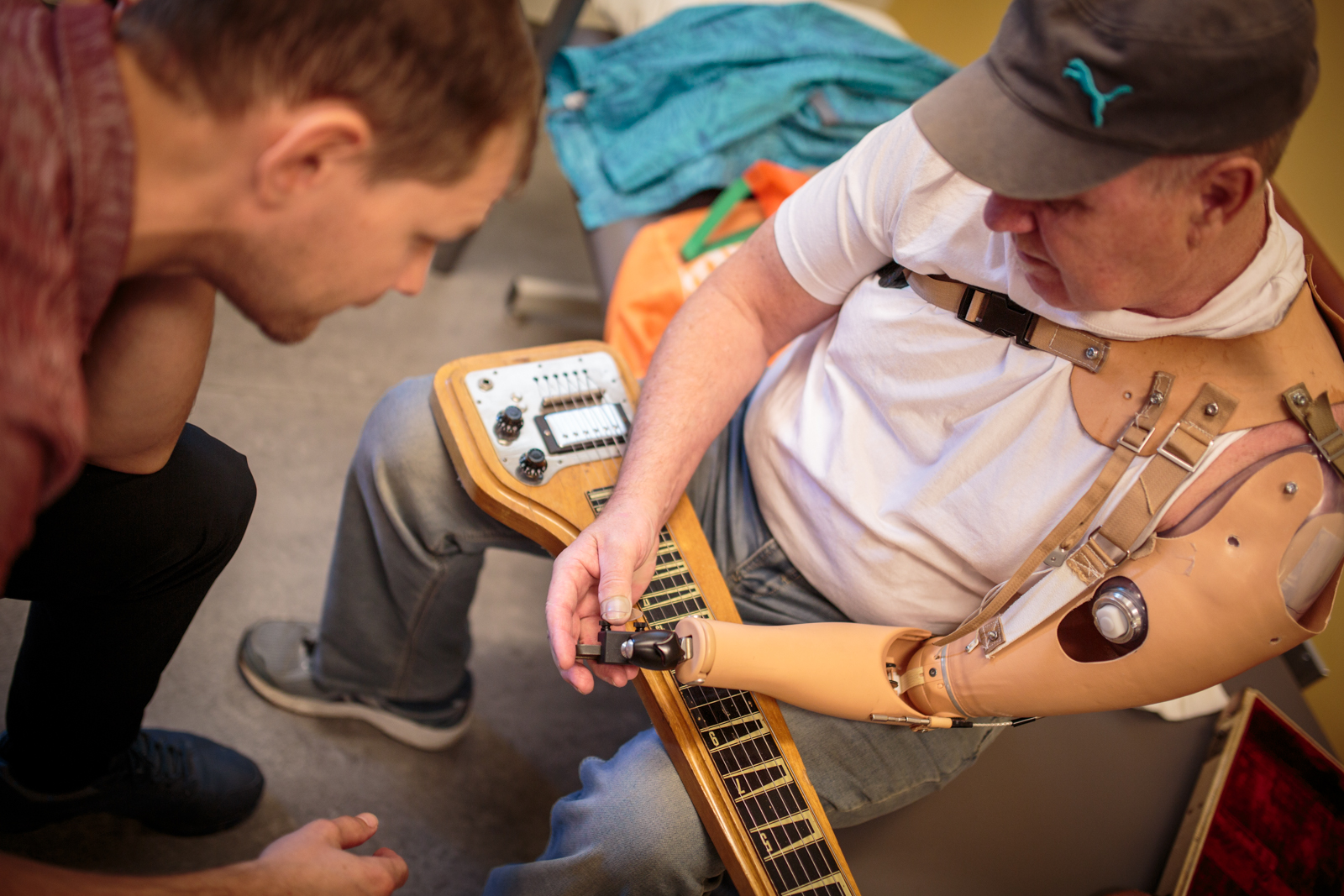 Up Close: Prosthetics and Orthotics in motion 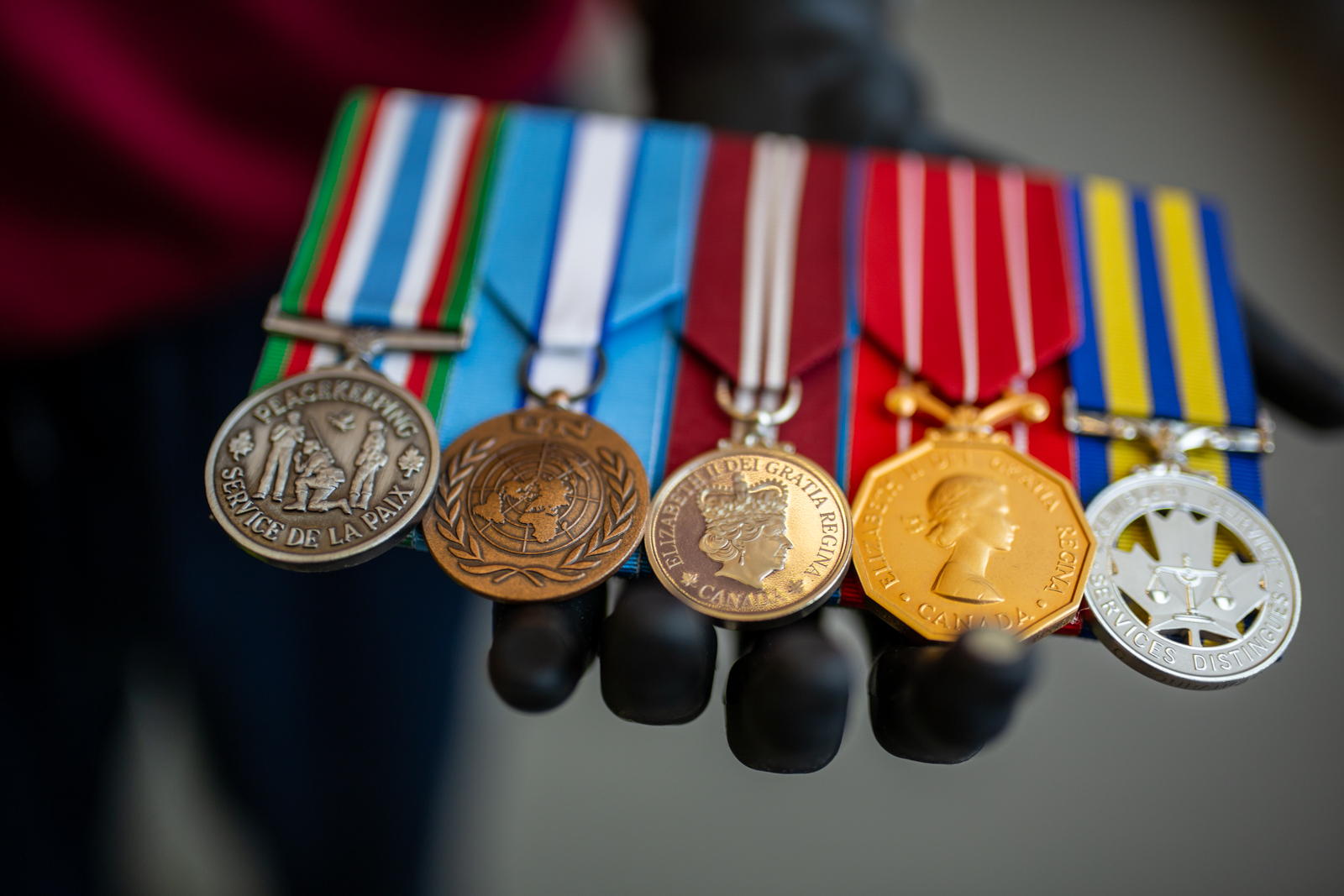