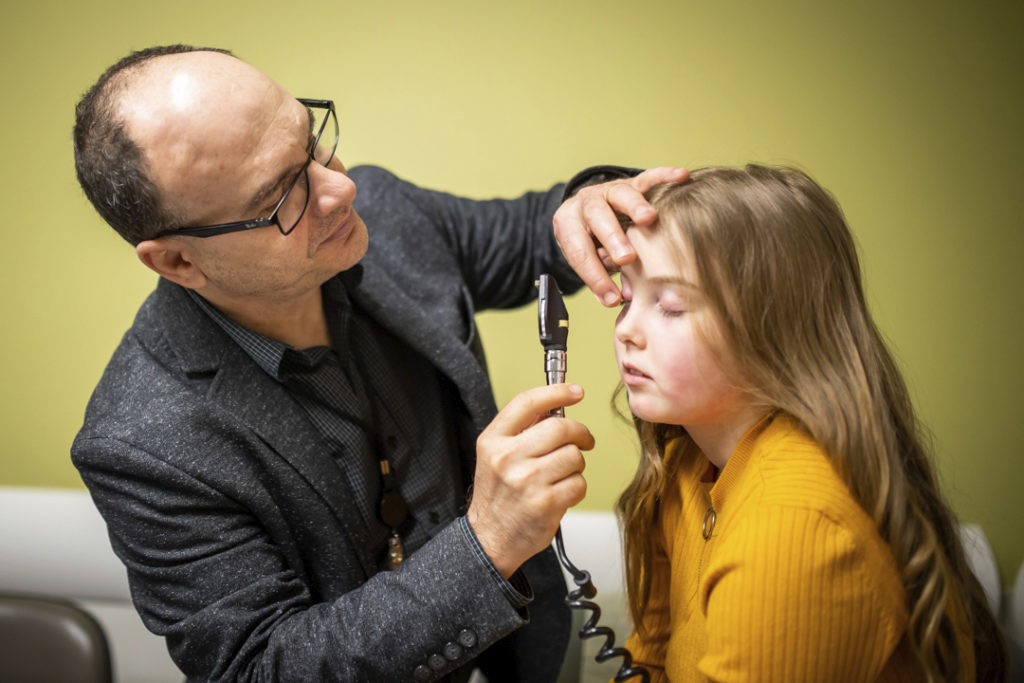 One day, Savannah was a perfectly healthy 9-year old. The next, she was fighting a rare disease that has been diagnosed fewer than 70 times around the world.

When her daughter complained of eye pain, mom Kaylie thought perhaps Savannah was spending too much time on her tablet. A couple days later, she was tired and feverish, and her lips began to swell. They visited their local hospital and Savannah was whisked into a private room.

“We could tell right away it was something very serious,” says Kaylie.

Savannah developed small spots in her mouth and on her face. Within hours many more popped up all over the young girl. Her fever continued to climb. She was promptly transferred to McMaster Children’s Hospital (MCH) by ambulance.

“As soon as we arrived in the emergency department, Savannah started screaming,” recalls Kaylie. “She was shouting, my eyes are blurry.”

Savannah had large open sores all over her skin, which was blistering and peeling. “Within 24-hours she looked like she had been set on fire,” recalls Kaylie. 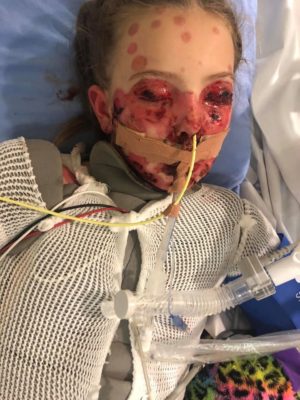 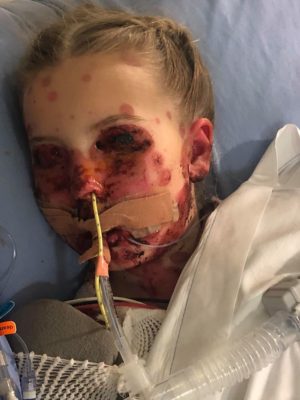 A large team of staff and doctors surrounded Savannah in emergency department. They resuscitated her with IV fluids and medication, and sedated her. She was put on an artificial respirator to help her breath because of the large sores inside her mouth. Kaylie remembers a social worker approaching her with a calm voice, explaining what was happening.

Savannah was admitted to the Pediatric Intensive Care Unit (PICU) where a team gathered to create a plan of action.

The PICU team is a world leader in family-centred care, and makes every effort to involve family in the entire care process. Savannah’s family were included in daily rounds and decisions about her care plan.

“Instead of having that separation from the medical team and family, we were all one,” says Kaylie. “It really made a difference. We had all the information we needed at our fingertips.”

The PICU team was able to stabilize Savannah, and worked to determine the cause of her unusual condition with the help of multiple consultants.

Dr. Hermenio Lima, a dermatologist and immunologist at Hamilton Health Sciences who works with both child and adult patients, was brought in to help with Savannah’s case. He suspected she might have an extremely rare disease, which would require a biopsy to diagnose. They sent a sample of her skin to a lab for confirmation while they continued treating her symptoms.

Dr. Lima’s suspicion was correct. Savannah was diagnosed with Febrile Ulcernecrotic Mucha-Habberman disease (FUHMD). There have been fewer than 70 cases of this condition reported world-wide. It causes large open ulcers all over the body that spread rapidly. As the body tries to fight the infection, other symptoms like fever and trouble breathing occur.

“It’s a very rare and aggressive version of a disease known as PLEVA that causes open sores on the skin,” says Dr. Lima. “With Febrile Ulcernecrotic Mucha-Habberman disease, it is very important to diagnose patients as quickly as possible, because rapid treatment greatly improves chances of survival.”

Savannah was treated with high doses of steroids and IV antibodies to regulate her immune system. Her body’s extreme response to the disease was causing severe trouble breathing and put her life at risk. She also received medication called doxepin for the burning sensation all over her body. Her wounds were carefully dressed by experts from the wound care team.

While Savannah was treated for FUMHD, the PICU team took care to make sure she was comfortable and equipped to make a full recovery when she regained consciousness.

“Dr. Karen Choong gave us a diary designed for children in the PICU, to write down all the things Savannah was going through,” says Kaylie. “She said it’s common for kids to have lots of questions about what happened to them while they were sick and the journal would help us talk to her when she was feeling better.” 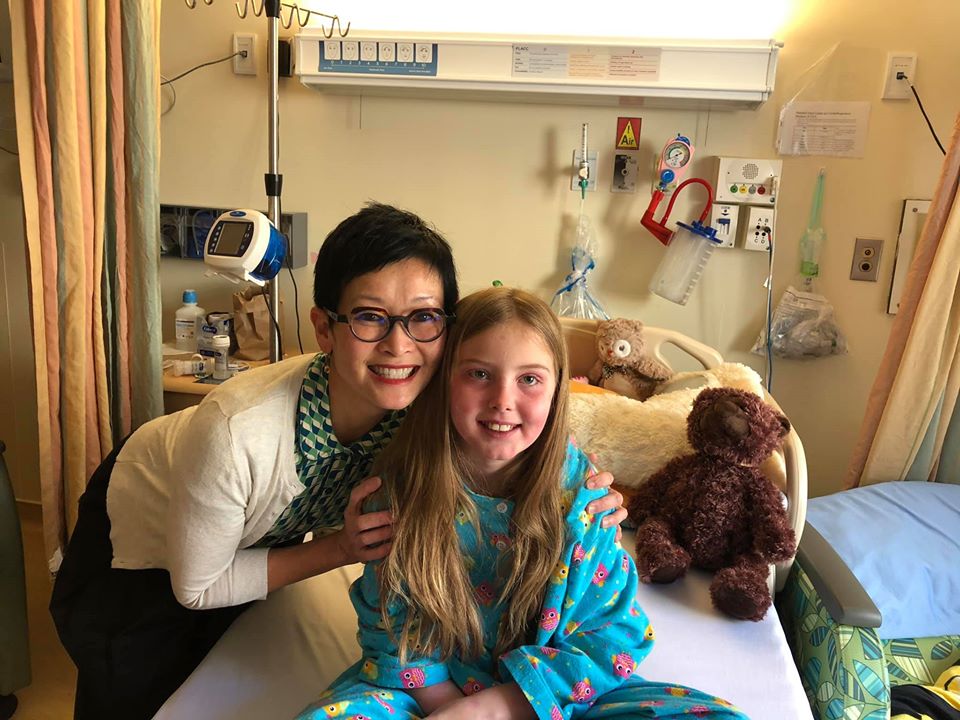 Savannah’s nurses braided her hair and had conversations with her, even though she wasn’t responsive.

Kaylie says a major turning point was when Dr. Choong, one of Savannah’s intensive care doctors, squeezed Savannah’s hand and said, “honey, can you hear me?” Savannah squeezed back.

“We felt like everything was going to be okay at that point,” says Kaylie.

Savannah spent a total of 17 days in the PICU before being moved to a less intensive care environment. She continues to see several specialists at MCH, including Dr. Lima, because of ongoing challenges related to FUMHD. She is getting back to her normal self, and is eager to return to skateboarding. 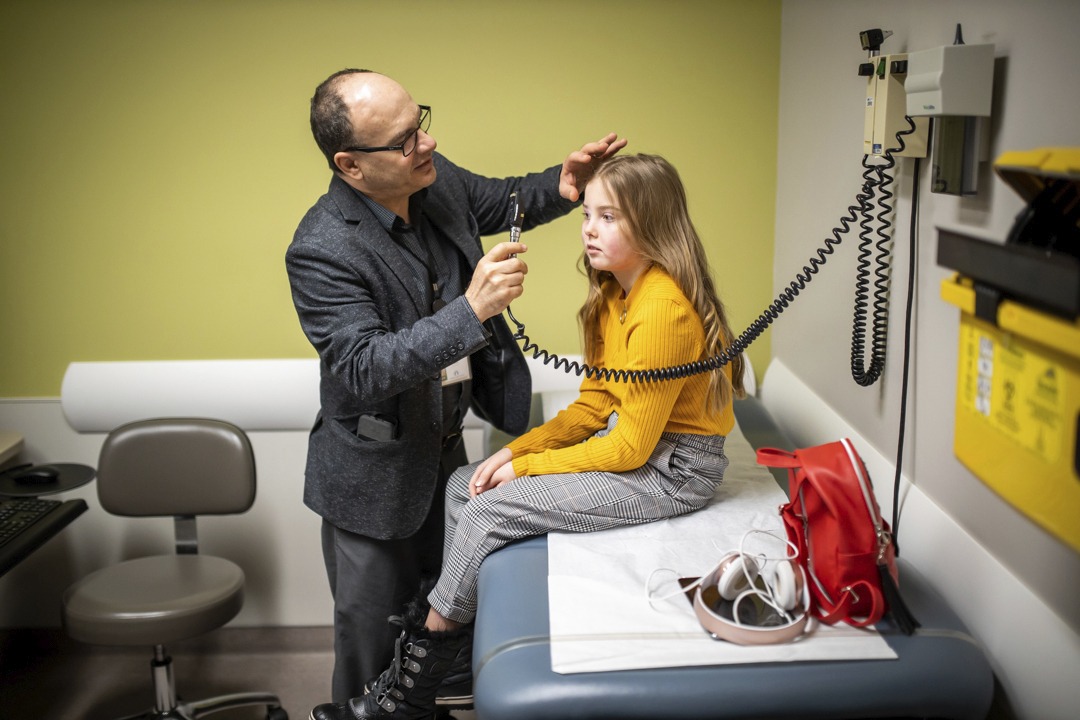 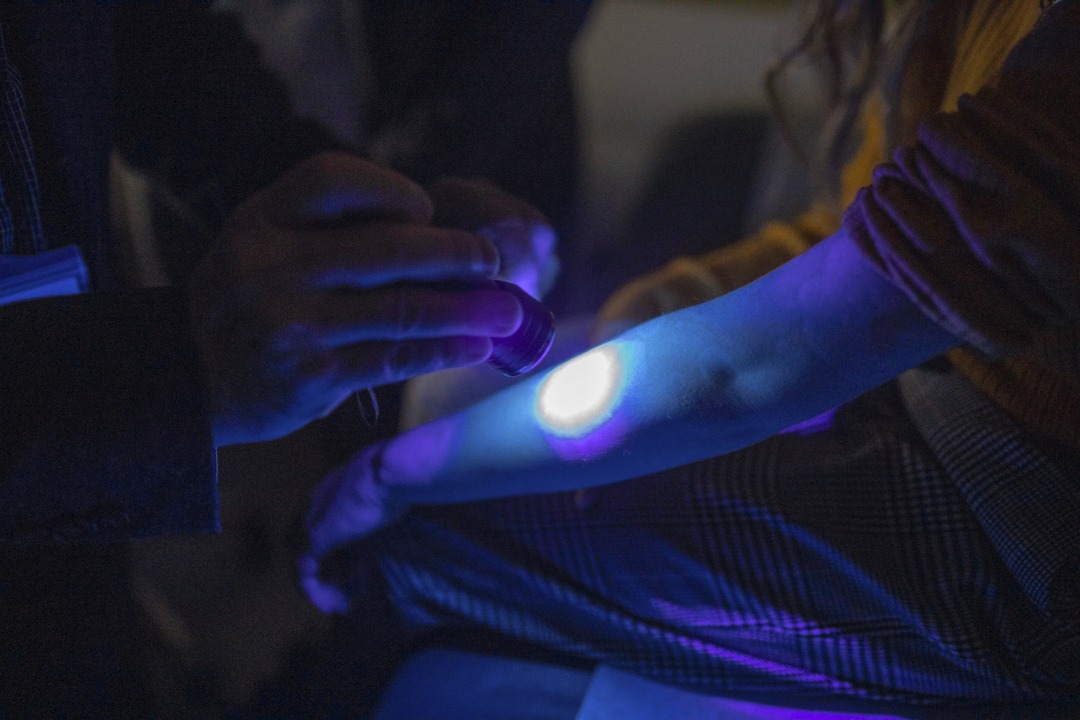 Looking back on their scary experience with an incredibly rare disease, Kaylie believes her family’s bond is now closer than ever.

“We’ve come out stronger as a family unit, and that’s thanks in large part to the support we got at McMaster Children’s Hospital.”

Hamilton Health Sciences | @mcmasterchse - July 2
REGISTER TODAY for the 18th Annual Update in #Thromboembolism taking place Fri, Oct 14, 2022! This is a hybrid even… https://t.co/WWFd1cwcMr
Ways to Give