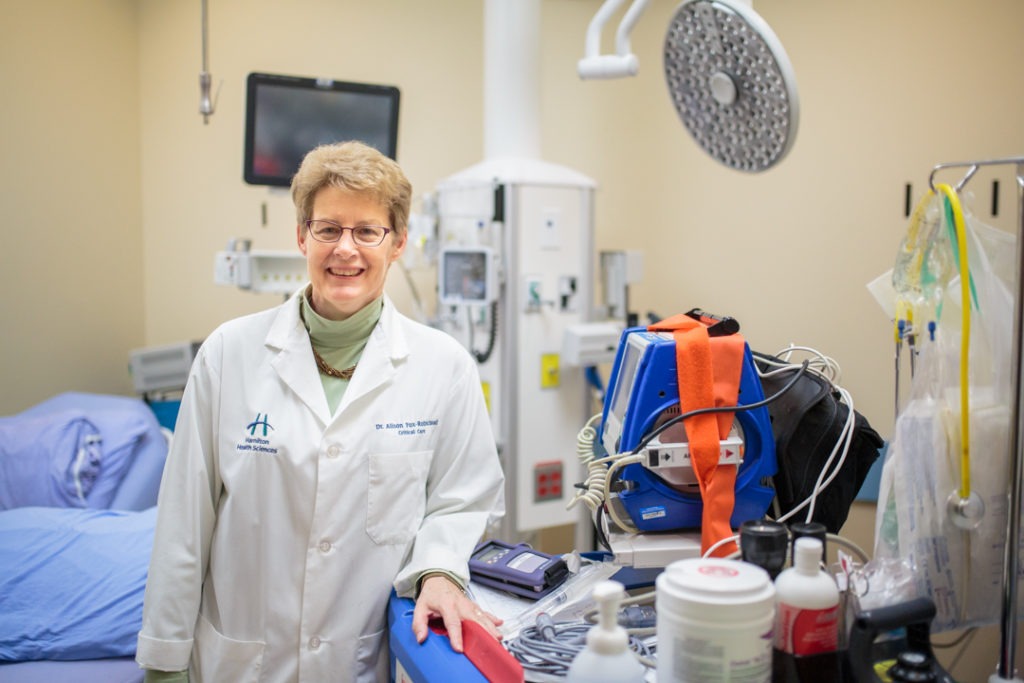 As a cardiac surgical Intensive Care Unit nurse at Hamilton General Hospital, Werner treats patients diagnosed with sepsis – a life-threatening condition caused by an out-of-control response to an infection. Sepsis can lead to tissue damage, organ failure or death. 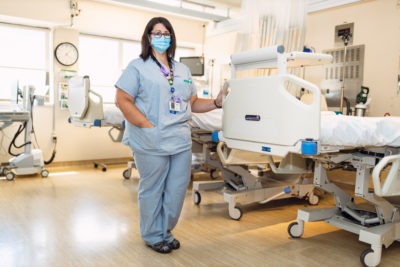 Denise Werner is an HHS ICU nurse and sepsis survivor

Werner is also a survivor. She nearly died three years ago after developing sepsis due to another medical condition.

“I was given less than a five per cent chance of survival,” said Werner, who experienced multiple organ failure, was placed in a medically-induced coma and spent many months being cared for at the hospital where she worked. “I was in the very best hands.”

Today’s announcement launched Sepsis Canada, a new national research network that will improve the treatment and recovery of sepsis patients. The McMaster University-based network will bring together close to 200 clinicians, scientists and patient representatives from across the country, including HHS and McMaster, to tackle sepsis.

“This is fantastic news,” said Werner. “A lot of people haven’t heard of sepsis or don’t know how serious it can be, but if caught early it can be treated.”

Sepsis Canada was established through a $5.7 million investment from the federal government through the Canadian Institutes of Health Research. The network will track and study treatments for septic patients, and develop a bank of evidence-based tools to educate the public and health care professionals about how to best prevent, diagnose and manage sepsis. The network will also collect data to show the burden of sepsis in Canada. It’s estimated that 75,000 cases of sepsis occur in Canada every year, likely causing 18,000 deaths. For survivors, there can be long-term side effects. 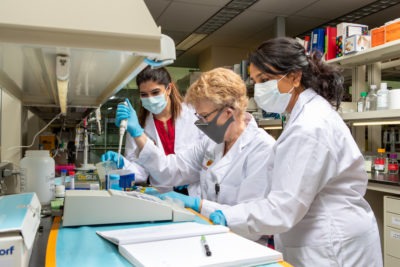 “Many members of the public still don’t know what sepsis is,” Fox-Robichaud said of this life-threatening condition. “More people die of sepsis than the three top cancers combined.”

Sepsis is a response to an infection anywhere in the body. It triggers inflammation throughout the body which can cause organs to fail. If it progresses to septic shock, blood pressure can drop to fatal levels.

Children, seniors, those with chronic health conditions like diabetes, cancer or immunodeficiency and those with unstable housing are especially vulnerable to sepsis. The signs and symptoms can vary and often mimic those of other illnesses, making sepsis hard to recognize.

Leading cause of death in COVID-19

The source of infection in sepsis can be a virus, bacteria or fungus. Most patients who are critically ill with COVID-19 develop sepsis, which becomes a major threat to their survival and is a leading cause of death.

“Canadians should be aware that sepsis is a global health issue and never is this more apparent than during the current pandemic,” said Fox-Robichaud, adding that the network’s goals include reducing the heath care costs of sepsis in Canada by 20 per cent, which is currently estimated to cost Canadians $2 billion a year.

The new research network includes community members who experienced sepsis or were caregivers to someone with sepsis, said Fox-Robichaud, who welcomes local participants. Opportunities to contribute include a `Patient Scientist’ program where participants are trained in how to conduct research.

A science background isn’t necessary, since the focus is on qualitative research such as collecting patient stories and doing surveys. Other opportunities include committee work or acting as an ambassador for sepsis awareness.

“It’s a wonderful opportunity for people to learn about how a national research network is run,” said  Fox-Robichaud, who welcomes inquiries at afoxrob@mcmaster.ca.

Sepsis: A serious but preventable threat