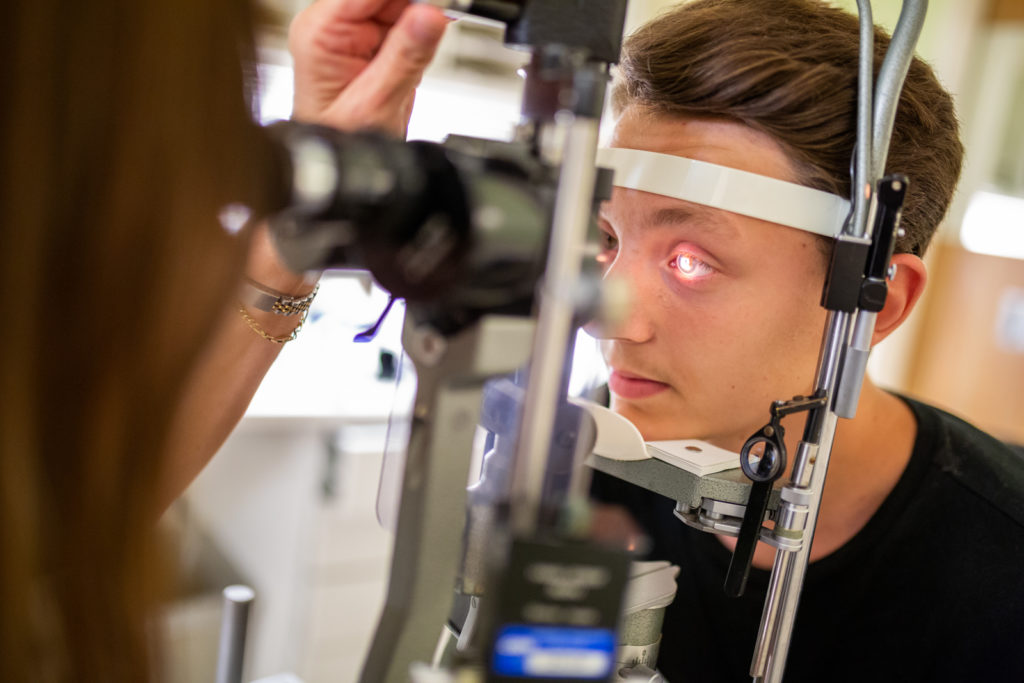 Teen “a new me” after eye surgery

Living with strabismus as a teen

Teenagers growing up in the digital age face a great deal of pressure to appear a certain way, especially on social media. Alex Cleary is no exception.

The 15 year old was born with strabismus. It’s a condition where the eyes don’t line up properly. Left untreated, it can cause poor vision and damage to the eye muscles, but for many people, the most troubling effect relates to physical appearance. Strabismus is also known as crossed eyes. When the eyes don’t work together properly, one can turn in the wrong direction, causing it to appear “crossed” or “lazy.”

This condition had a big effect on Alex’s self-esteem. “I would have kids talking about my eye and asking me which way I was looking, and laughing and calling me cross eyed,” he says. “I don’t think they understood how much their words could really hurt a person.”

While his peers were posting selfies on social media, Alex avoided having his picture taken. He was uncomfortable with his appearance and the comments people made about it.

“These days with Snapchat and Instagram, the more pictures you post and the more “likes” you get, the more popular you are,” he adds. His self-confidence took a hit, and that affected his personality.

It’s not uncommon for strabismus to go untreated. There is a lot of misinformation about treatment for the condition. Many people believe the surgery can only be done in early childhood, or that it’s a very risky procedure.

“The risk is in fact, very low,” says Dr. Gloria Isaza, an ophthalmologist at McMaster Children’s Hospital. “There is less than one per cent chance for a variety of risks such as infection, loss of vision, over-correction or under-correction.” When Alex met Dr. Isaza and learned he was a candidate for the surgery, he was very excited. She reviewed the surgical procedure with Alex and his family, and outlined the possible risks. It involves removing and reattaching a piece of muscle that holds the eye in place, and takes less than 30 minutes to perform.

Alex decided to go for it, and is he ever glad he did.

A new lease on life

Alex now spends less time worrying about what people might say and now is enjoying the everyday adventures of being a teenager, including posting on social media.

His newfound confidence is what inspires Dr. Isaza to do what she does. “He is confident, happy and thankful,” she says. “Sometimes we overlook the psychological effects of medical conditions, but they are very important. I’m so glad our team could help him become the poised young man he is now.”