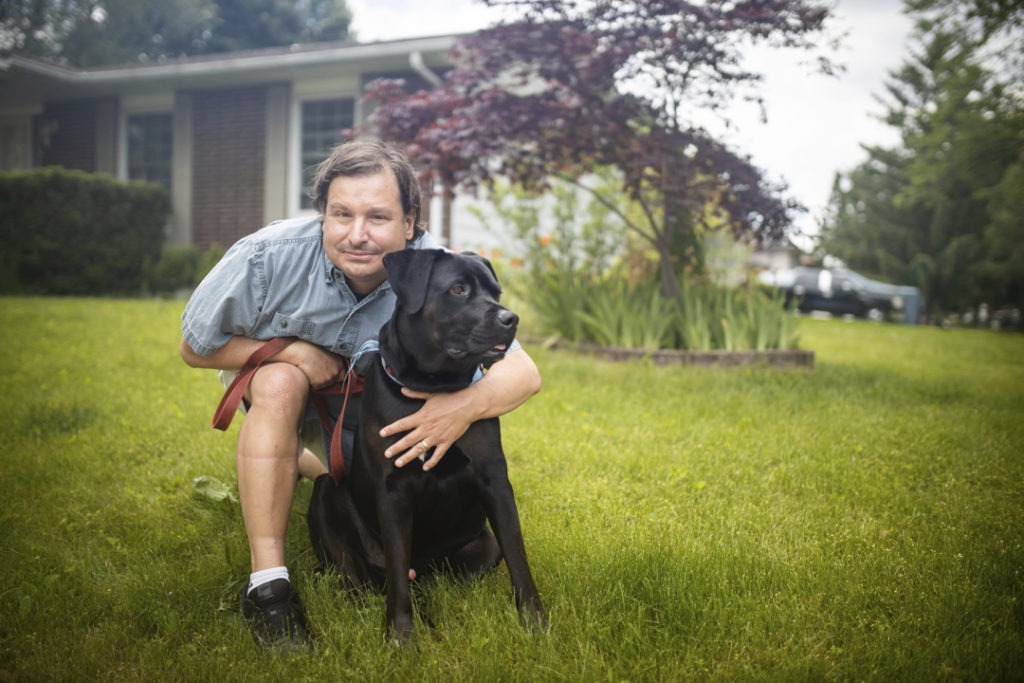 Don Jonescu had three strokes before the fourth one that brought him to hospital, but he didn’t know it.

In March of 2017, Jonescu noticed something wrong in his limbs. He remembers his left arm was starting to tingle on a Friday. By Saturday morning, he started to feel it down his left leg as well. He went to West Lincoln Memorial Hospital and then was transferred to Hamilton General Hospital, the regional stroke centre, after an MRI confirmed that Jonescu not only had a stroke that day, but had three previous ones that had been “silent.”

“The stroke team at the General have been nothing but fantastic,” he says.

Silent strokes (also called silent cerebral infarctions or SCIs) usually display no symptoms at all. They occur when blood supply to the brain is disrupted, depriving the brain of oxygen and damaging brain cells. But, this type of stroke is hard to recognize, because it disrupts blood supply to a part of the brain that doesn’t control visible functions like speaking or moving.

A few years before his stroke, Jonescu had been diagnosed with Bell’s Palsy, a condition that causes temporary facial paralysis or weakness on one side of the face. When he was having previous strokes, he may have confused one of the signs of stroke — a drooping face — with his previous diagnosed condition.

Jonescu’s stroke was classified as an “embolic stroke of unknown source.”

“Even after extensive investigation, up to 25% of strokes lack a clear explanation as to their cause,” says Dr. Wieslaw Oczowski, stroke neurologist at Hamilton Health Sciences. “McMaster University, Hamilton Health Sciences, and the Population Health Research Institute are world leaders in research to better understand and treat these strokes and silent strokes.”

Jonescu appreciates the thoroughness of his care.

“They looked at my heart. They scoped every part of my body looking for a reason. They scanned my blood vessel, and there was nothing there.”

Jonescu has been recovering ever since. Sometimes, he still experiences numbness and weakness on the left side of his body. Occasionally, he finds himself grasping for words and the facial paralysis makes it difficult to enunciate, and he can no longer whistle. There is still some general weakness but for the most part, he is back to normal activities like swimming and walking — even up to 10 km a day. He’s been doing strength training, managing his blood pressure and taking his medications to reduce the risk of future stroke.

His advice to others in similar circumstances is to pay attention to their mental health while their body is going through so much change.