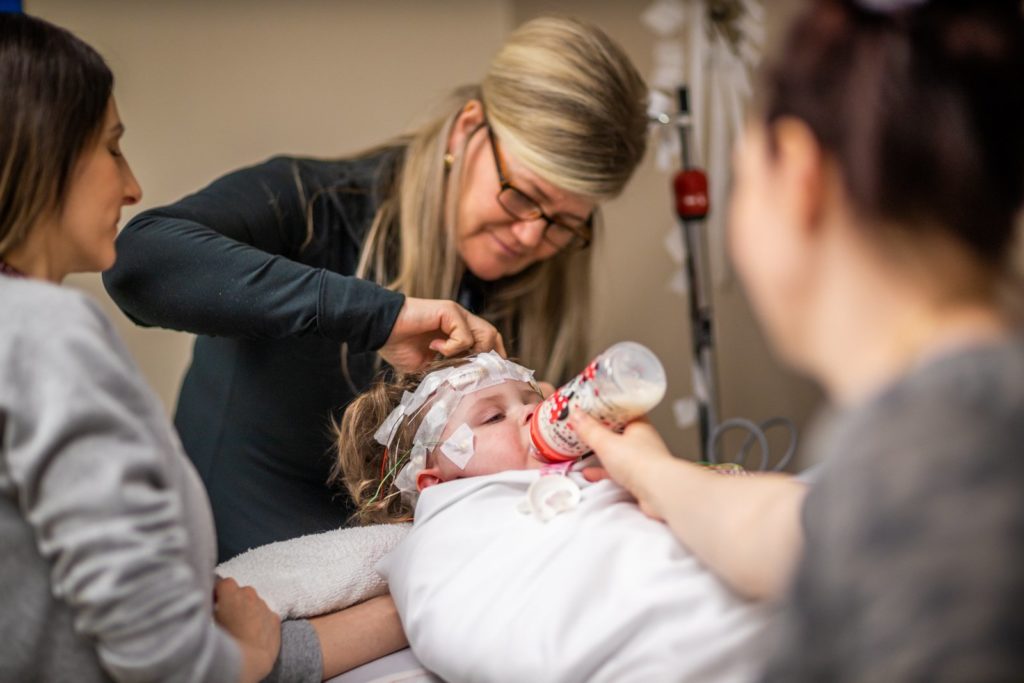 Zoe is enjoying her bottle while technologist Cindy Thompson is applying the electrodes on Zoe’s scalp. Video EEG will help the team determine whether Zoe still gets subtle seizures.
Stories

Over two millions Canadians live with epilespy, a physical condition characterized by sudden, brief changes in how the brain works.

Chemical and electrical signals are sent through the brain and central nervous system. Epilepsy can cause sudden spikes in electrical discharge that might end up in a seizure. The area of the brain that has this spike in activity will determine what happens during a seizure. A seizure can encompass a wide variety of forms like muscle spasms, blank stare, convulsions, uncontrolled movements and altered awareness.

At Hamilton Health Sciences, our pediatric patients are treated at the  Pediatric Epilepsy Program (CPEP) at McMaster Children’s Hospital and adults are assessed at our Neuro-Ambulatory Centre at Hamilton General Hospital.

In this Up Close photo series, we have a look at the process that patients go through to discover what is happening in their brain and the staff that help treat them. 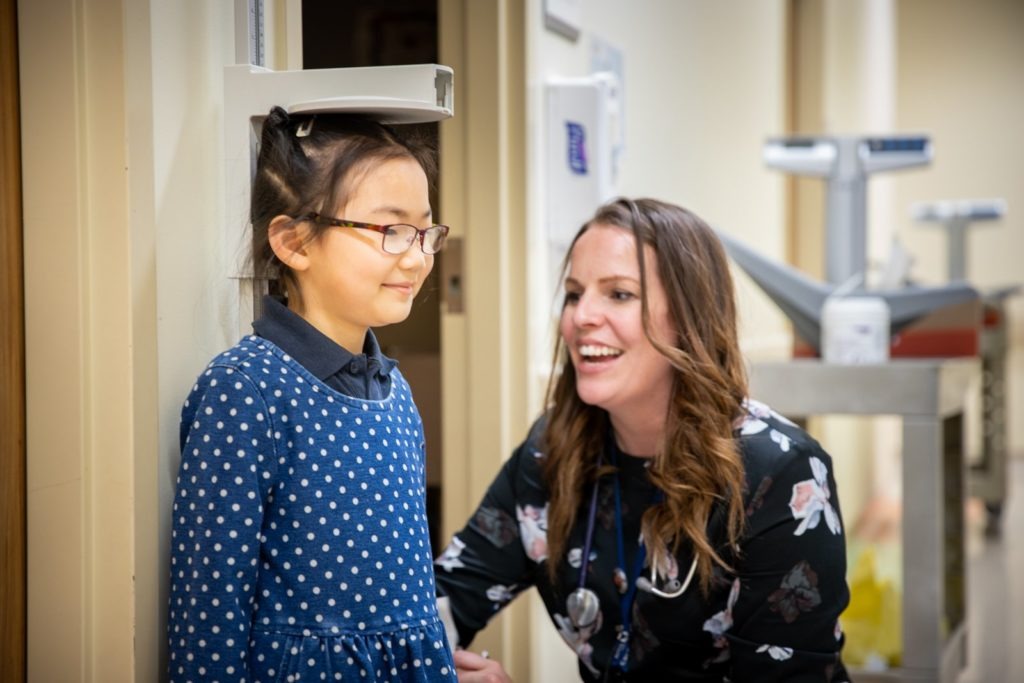 Seven year-old Stephanie Huang has focal epilepsy and is on medications to control her seizures. Stephanie and her mother are visiting the epilepsy clinic at McMaster Children’s Hospital to discuss the option of epilepsy surgery. Cynthia Sloan-Birbeck, a nurse practitioner, is measuring Stephanie’s height.
1 of 13 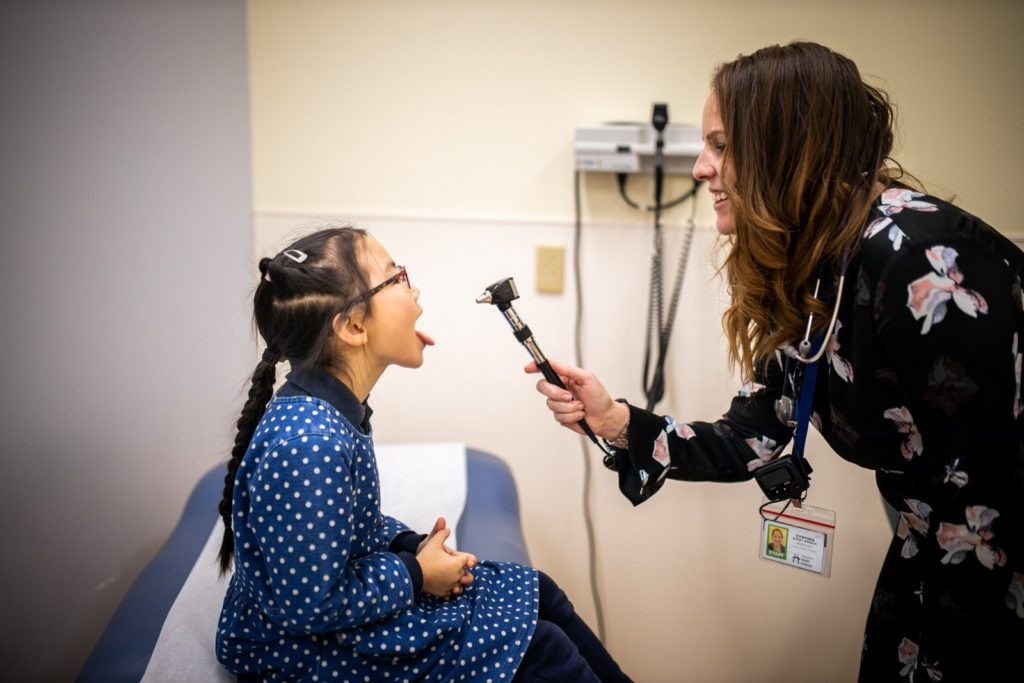 The nurse practitioner is performing physical examination on Stephanie, keeping her informed about the process and including her on all decisions regarding her care.
2 of 13 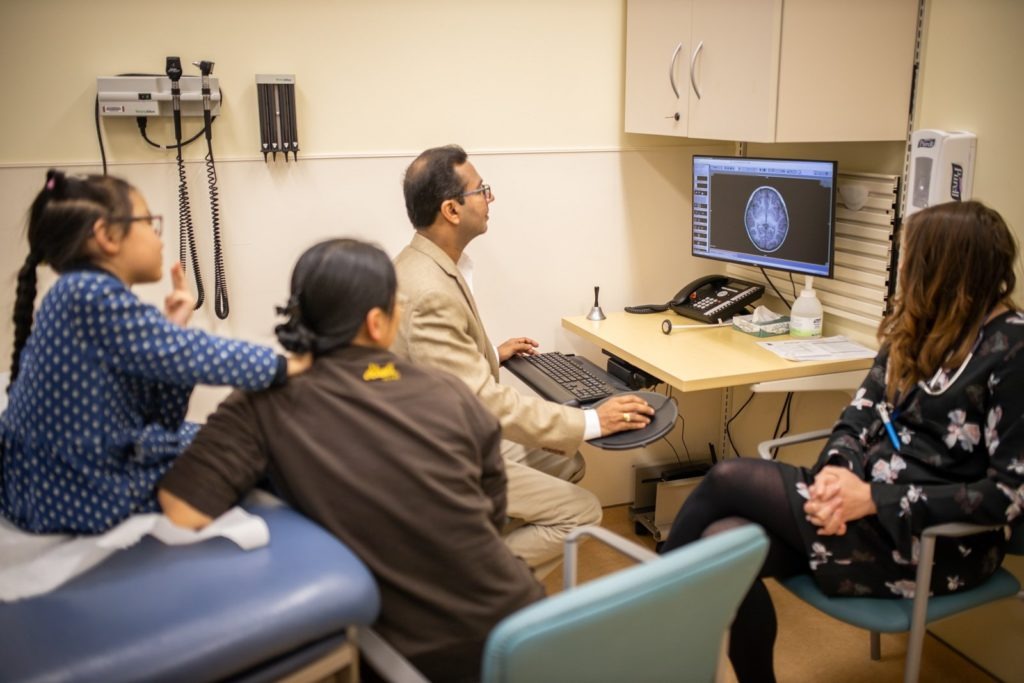 Dr Rajesh RamachandranNair, Stephanie’s epileptologist, is discussing the results of the tests with Stephanie and her mother. Stephanie was very interested to see a picture of her brain.
3 of 13 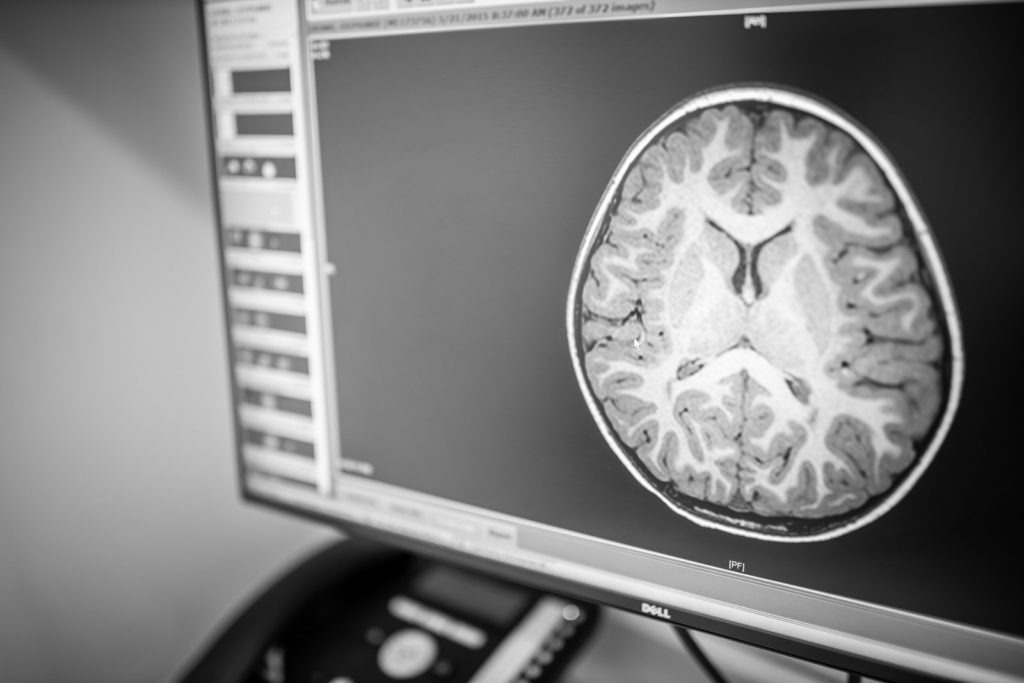 Stephanie’s brain MRI showed a very subtle change on the right side. Video electroencephalogram (EEG) results show her seizures are originating from that area of the brain. The good news is, Stephanie’s seizures could be controlled by epilepsy surgery.
4 of 13 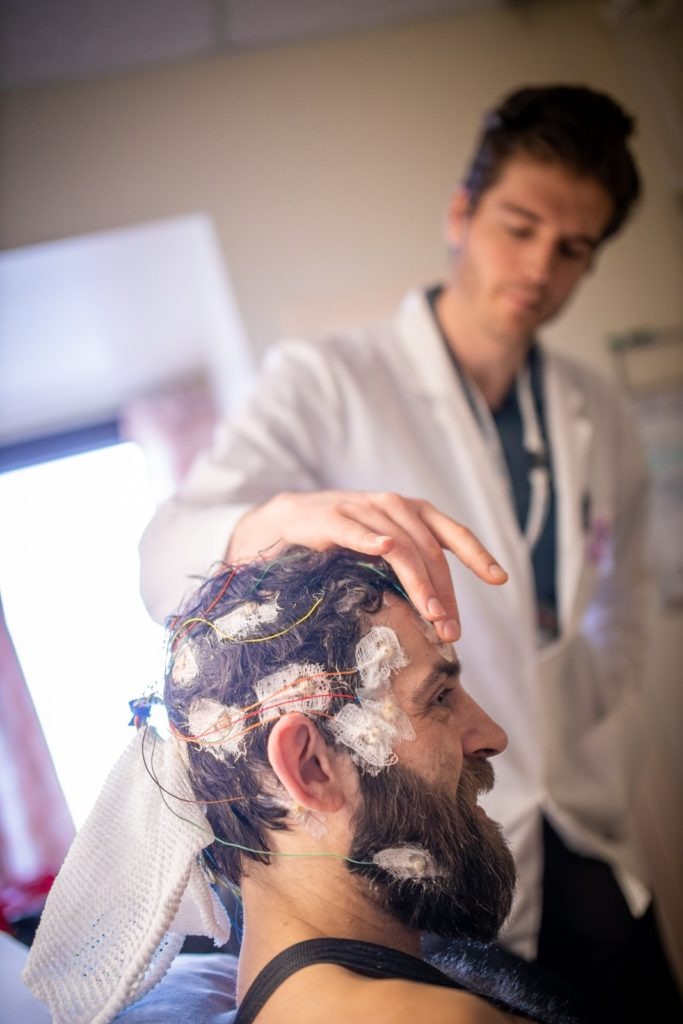 Neurotechnologist, Chris Begin , ensures there is an equal distance between each of the electrodes glued to Michael’s scalp.
5 of 13 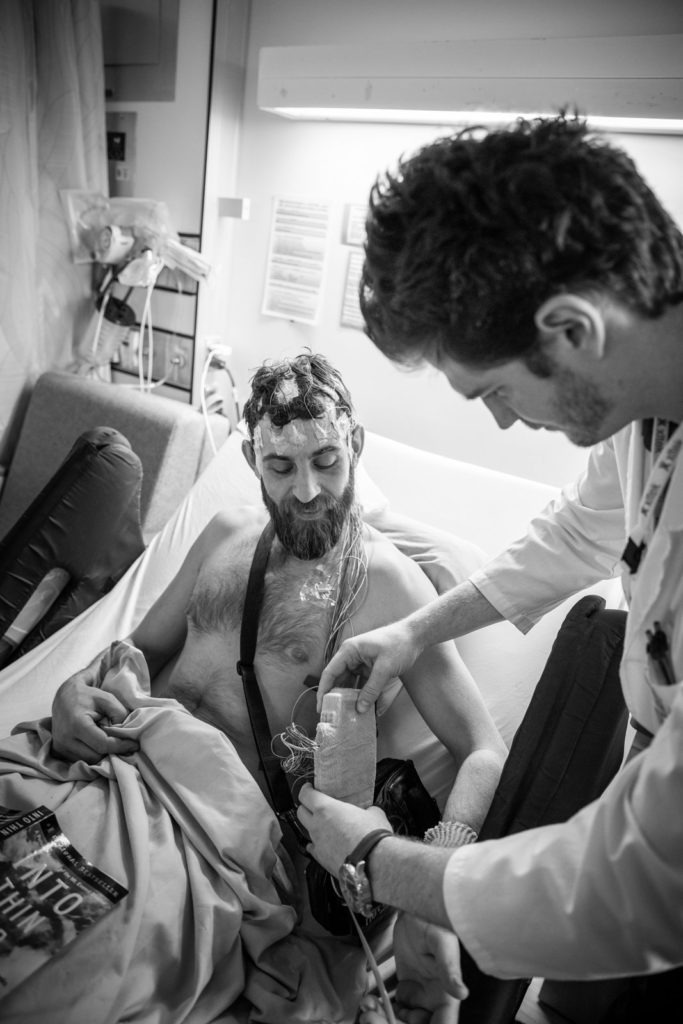 Chris checks the “headbox”. The headbox records all of the brain activity and transforms it into a visual display.
6 of 13 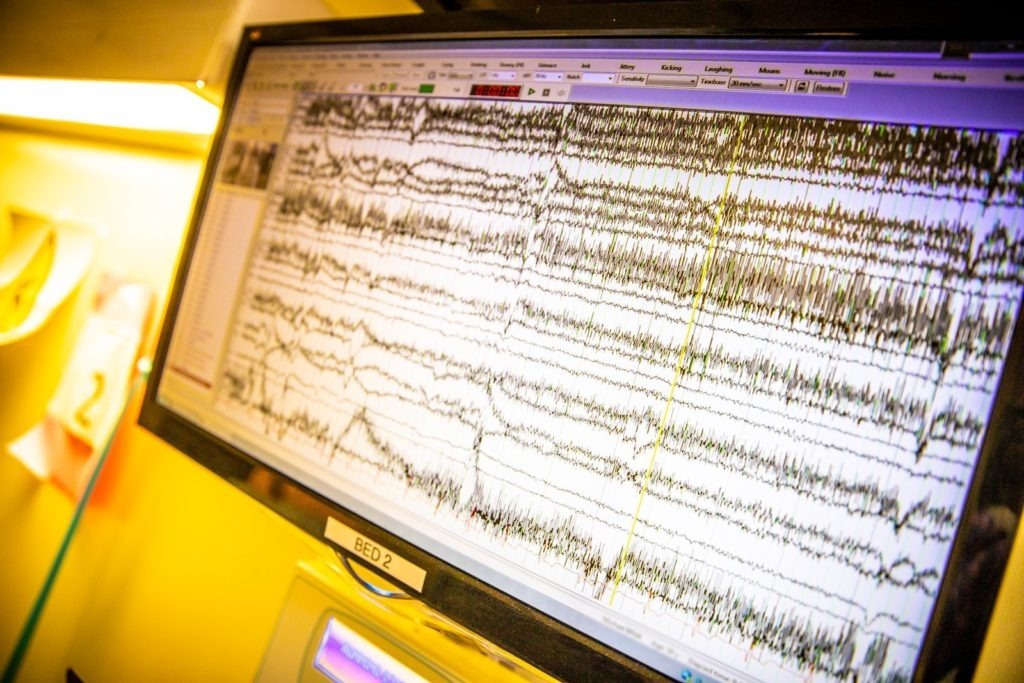 The EEG (electroencephalogram ) shows Michael’s brain activity. When Michael has a seizure, the EEG will record exactly what is happening. The EMU patients and team are hoping for seizures while in the EMU. This will help determine what happens when a seizure occurs and potentially will indicate whether a patient is eligible for neurosurgery to treat the seizures.
7 of 13 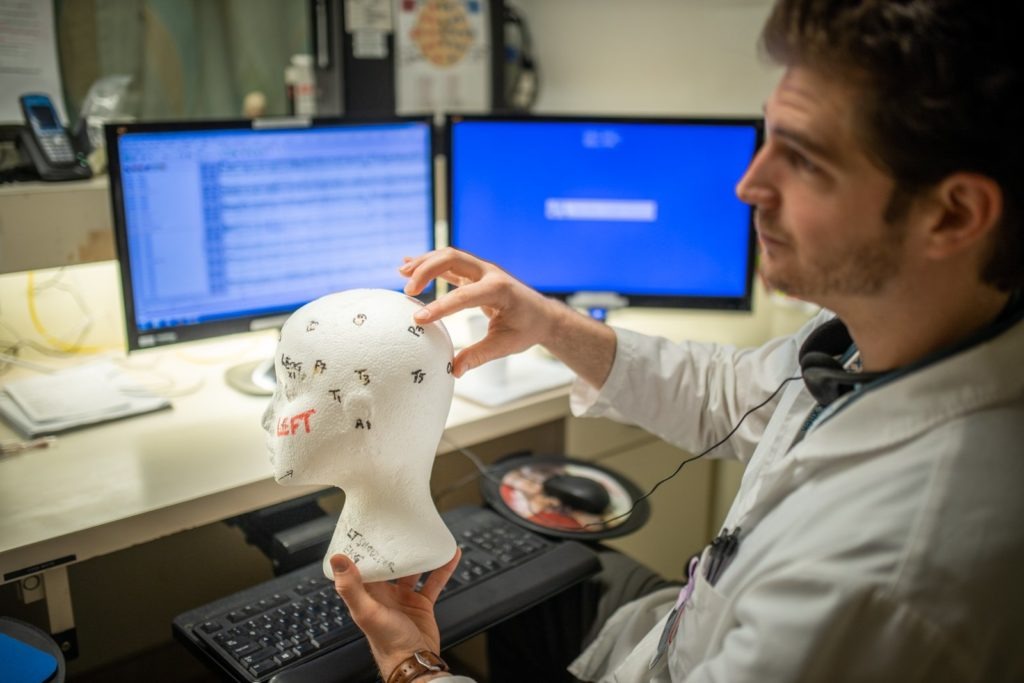 The model of a head is a quick reference for the EMU nurses. If an electrode falls off, the nurse will know where to reattach it.
8 of 13 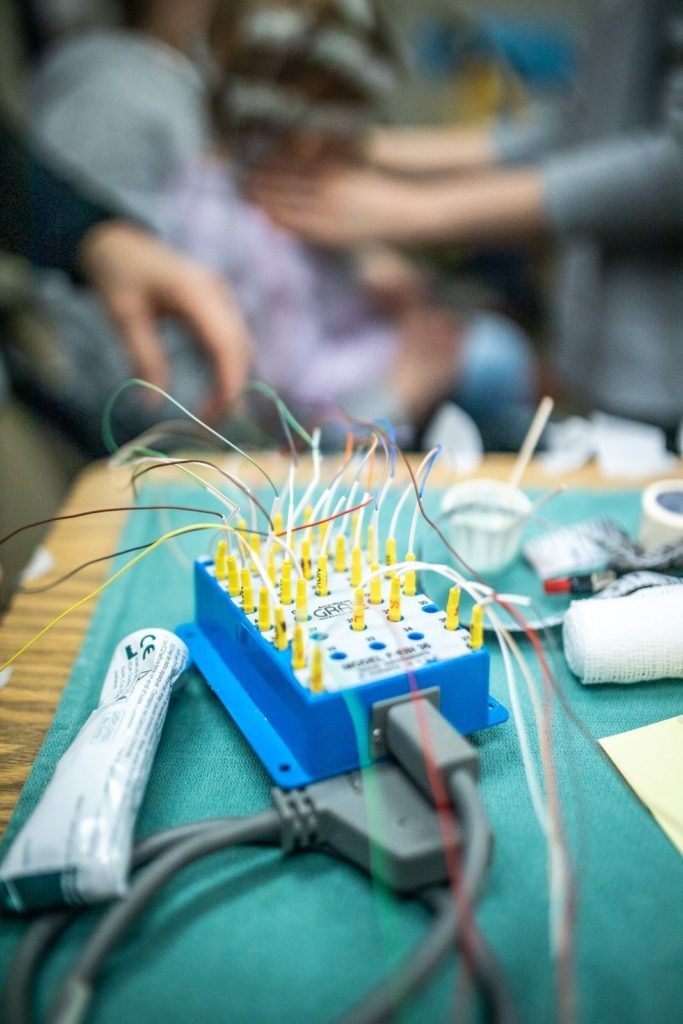 This is the EEG head box. Several electrodes are placed on the scalp and then connected to the head box. The head box then transmits the electrical signals to the EEG machine to create the brain electrical wave pattern.
9 of 13 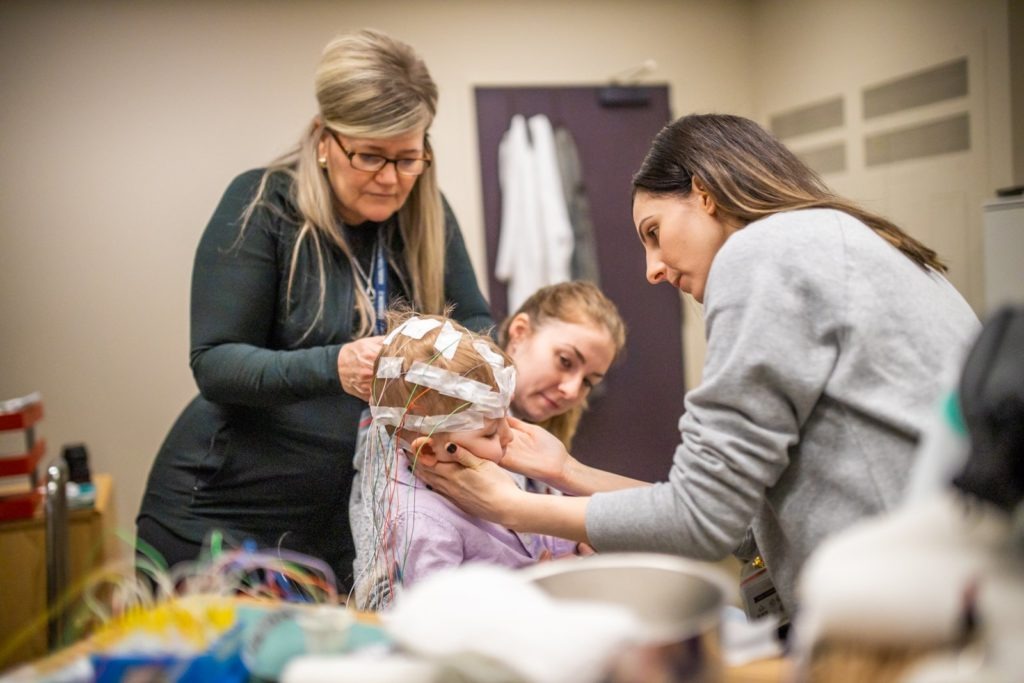 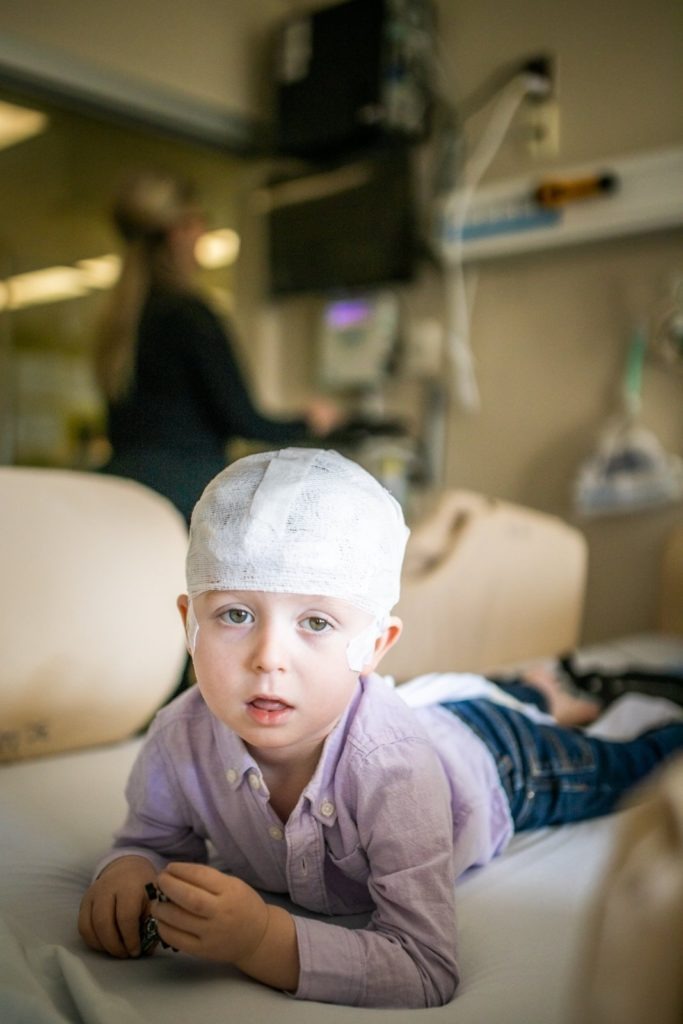 Grayden is in the Epilepsy Monitoring Unit (EMU), where children are admitted for video EEG.
11 of 13 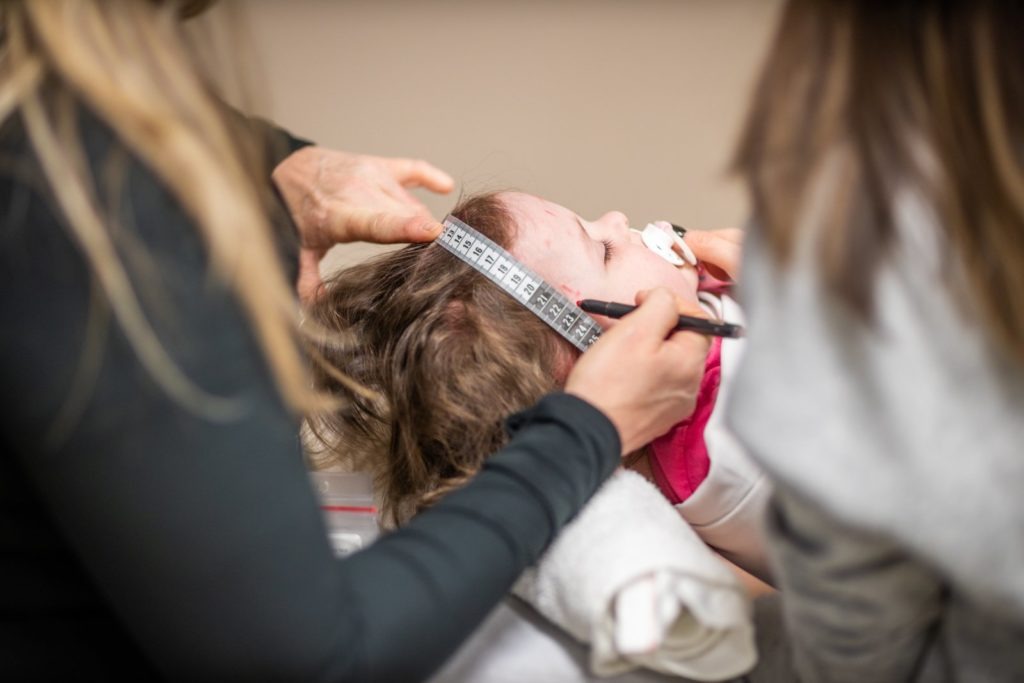 Zoe has Tuberous Sclerosis and a special type of epilepsy known as infantile spasm. A technologist is measuring her head circumference to determine the electrode application locations.
12 of 13 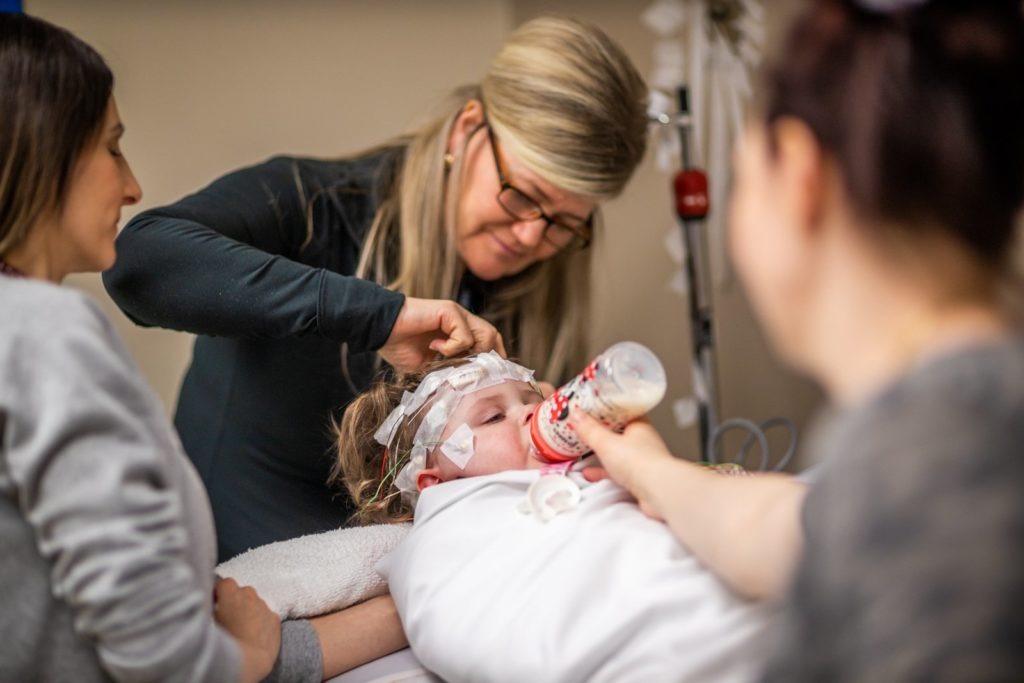 Zoe is enjoying her bottle while technologist Cindy Thompson is applying the electrodes on Zoe’s scalp. Video EEG will help the team determine whether Zoe still gets subtle seizures.
13 of 13

If you enjoyed this photo set, have a look at other collections in the Up Close series:

Prosthetics and Orthotics in Motion