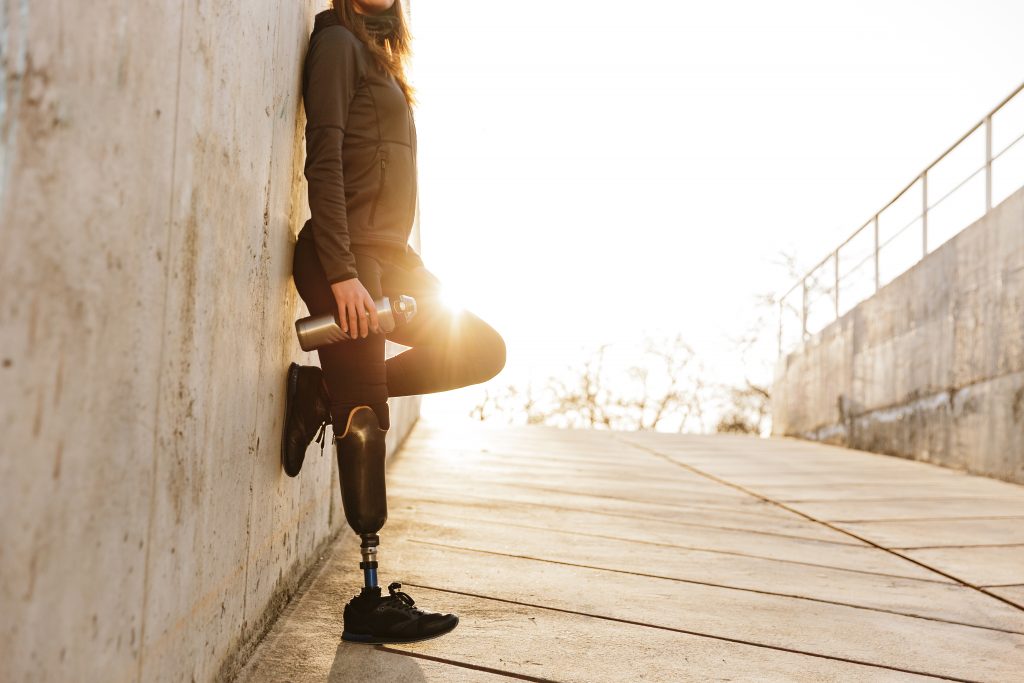 Within a 10 month period, Deepika Verma was pregnant, diagnosed with cancer, underwent an emergency c-section, chemotherapy, and a leg amputation. Her doctors say she’s one of a kind. (Stock photo)
Stories

Imagine finding out you’re pregnant just a month before a global pandemic.

A few months later, you learn you have cancer. You’re told your baby must be delivered via an emergency cesarean section (c-section) because cancer treatment must begin immediately.

Then, you learn the leg where the cancer is spreading must be amputated.

In February 2020, Verma and her husband Sahil learned they were expecting another child. Already parents to a loving six-year-old, the Milton family would be welcoming their second baby in late October. But things didn’t go as planned.

A few months into her pregnancy, Verma began to experience pain in her left leg and her husband noticed it was swelling.

“I couldn’t sleep, couldn’t cook, couldn’t use the washroom, or even stand up,” says Verma. “My husband took me three times to the emergency department in Milton because the pain in my leg was so unbearable.”

A cancer diagnosis and emergency c-section

After multiple, inconclusive visits to her local emergency department and specialist appointments, Verma was referred to Hamilton Health Sciences’ Juravinski Hospital and Cancer Centre (JHCC) after her orthopedic physician reviewed the results of an x-ray.

Verma was diagnosed with osteosarcoma, a type of bone cancer. Her oncologist at JHCC, Dr. David Wilson, immediately ordered a biopsy and coordinated her emergency c-section at their local hospital for the next day so she could begin chemotherapy as soon as possible. Her daughter was delivered in early October, four weeks earlier than expected.

“It was a tough decision”

By the end of October, Verma had already undergone one chemotherapy session. As she laid in bed talking to her family on the phone, she suddenly heard a big crack. A bone in her left leg, weak from the cancer, had broken. She was transferred by ambulance back to JHCC for an MRI.

”The break caused the cancer to spread,” says Wilson. “When the bone was fractured, it broke through the cancer which spread to her knee joint.”

Wilson shared the options: An amputation of her left leg, above the knee, was the safest. The other option was to undergo a 10-hour surgery to remove the tumour from her leg, followed by six months of recovery.

“The problem was removing her knee joint – it wouldn’t leave her with a good leg,” says Wilson. “Because of the size of the tumour and degree of contamination from the fracture, her chances of being able to use her leg weren’t very high,” explains Wilson. “There would still be the chance that her leg would require amputation.”

Verma says the options were difficult for her and husband to hear, but they knew which one was right for them.

“It was a tough decision, but my husband and I felt that we didn’t have a choice,” she says. “It wasn’t the happiest decision, but it was the safest.”

It’s all about the process 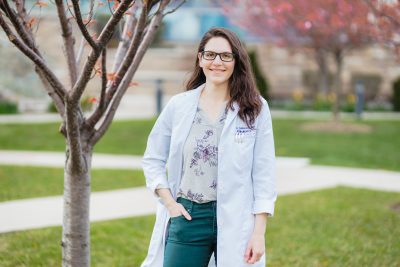 After Verma had her left leg amputated in November 2020, she was referred to Dr. Celina Lin to begin amputee rehabilitation at the Hamilton Health Sciences’ Regional Rehabilitation Centre (RRC).

“When we first met, after all she’d been through, I wanted to empower her and provide her with an outlook on what life will look like with a prosthesis,” says Lin.

Lin had just returned from her own maternity leave about a month prior, so the challenges of parenting with a newborn helped form a bond between Lin and Verma.

“When I first met her, it had been a whirlwind of months of pain for her,” says Lin. “Then a scary diagnosis, then an unexpected fracture, then unexpected amputation, and then she was on chemotherapy. All that with a 6-year-old and new baby at home.”

Verma’s parents has been visiting from India and had to return in just a few months. “We wanted to get her in the amputee rehabilitation program rather quickly so she could start to learn how to move independently while still having the support of her family before her parents went back to India,” says Lin. “It was incredible how she handled all of that so amazingly well.” 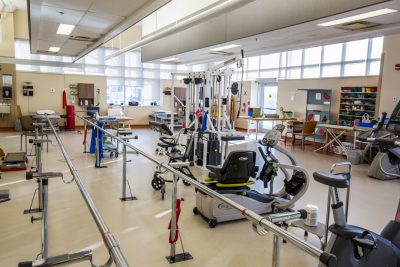 The gym at the HHS Regional Rehabilitation Centre.

It took about four months to receive the prosthesis and longer to start wearing it. It’s a six week process to learn how to put it on, take it off and eventually walk with it.

“It’s a challenging site to have an amputation because you lose a knee,” explains Lin. “With a prosthesis with a strong ‘knee’ unit, you want to make sure that if she’s holding her baby, her ‘knee’ isn’t buckling.”

Verma’s husband drove her from their Milton townhome to the RRC every day for six weeks for her amputee rehabilitation appointments. “My number one goal in these sessions was to be able to carry my daughter,” says Verma.

The road to recovery

In the time since her discharge from the RRC, Verma has made good progress adjusting.

“I feel good, I feel confident,” she says. “Every day, I’m moving around, doing things. I can bend much better now and can walk for a good amount of time.”

She recently had an X-ray which showed a clear result, and continues regular check-ups with her oncologist at the JHCC.

As difficult as this change in her life has been, Verma says her rehabilitation team kept her going.

“The best thing would be to trust your rehabilitation doctor. The team over there is really good,” she says. ”If you’re scared, you tell them this is what you want to achieve and they’ll work with you to help you achieve it.”

Lin says rehabilitation is a team effort – and that team includes the patient.

“Verma has brought a lot of joy to everyone in the RRC. She’s given her full effort,” says Lin. 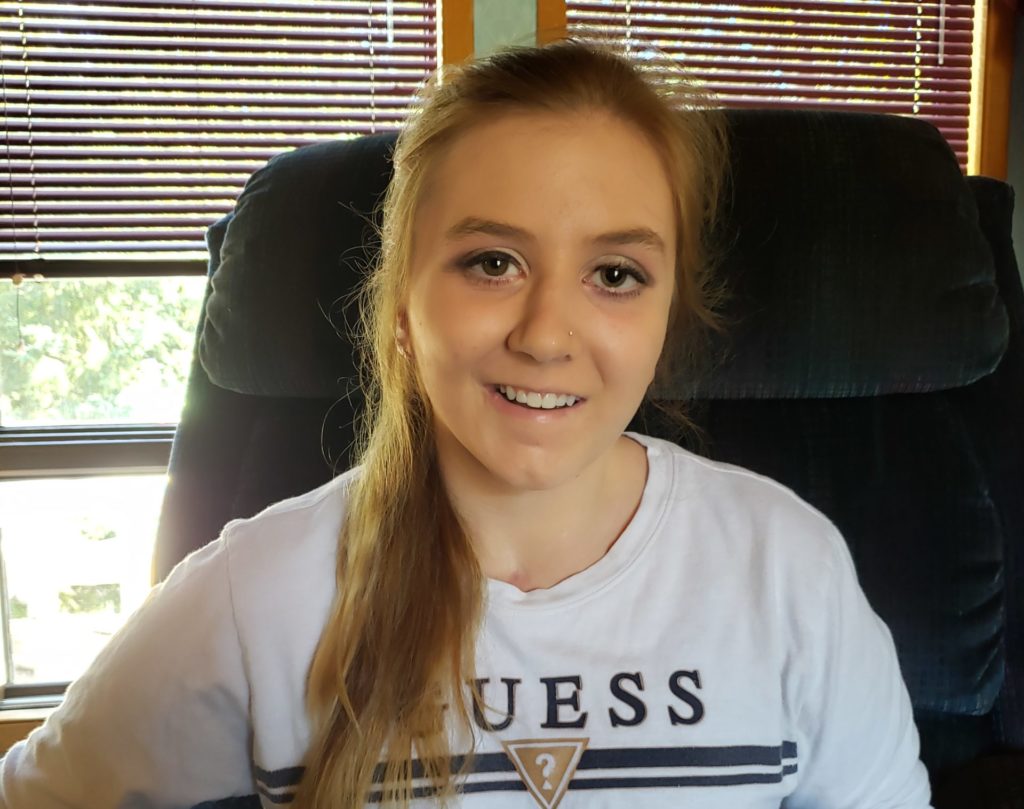 Fighting to get back to her fighting weight 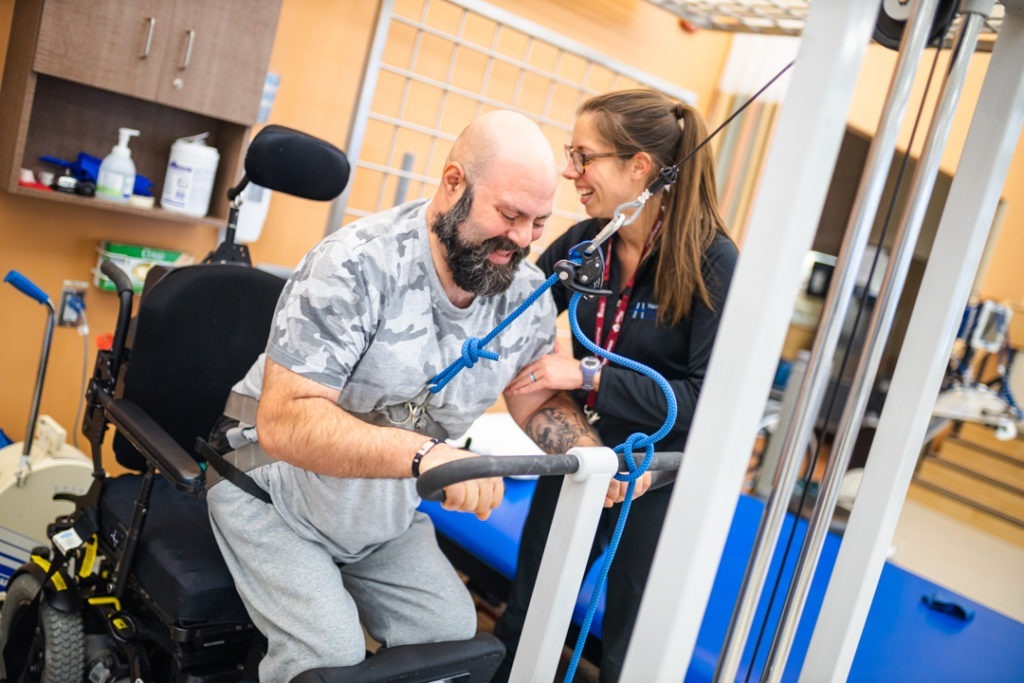 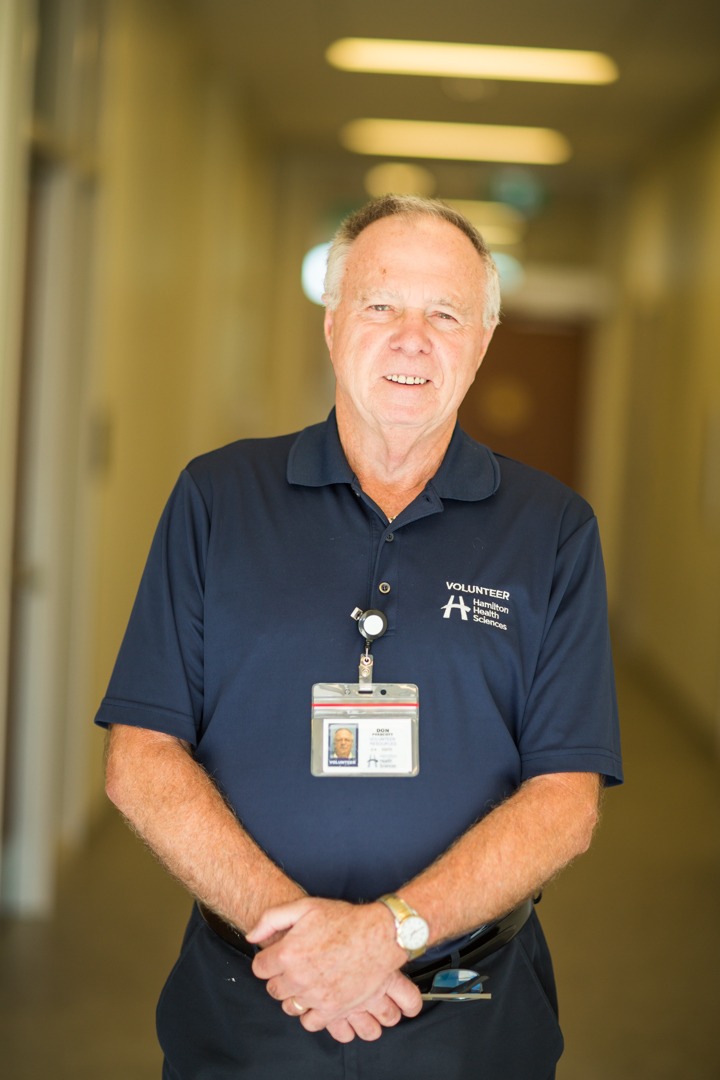 After amputation: peer support beyond rehab