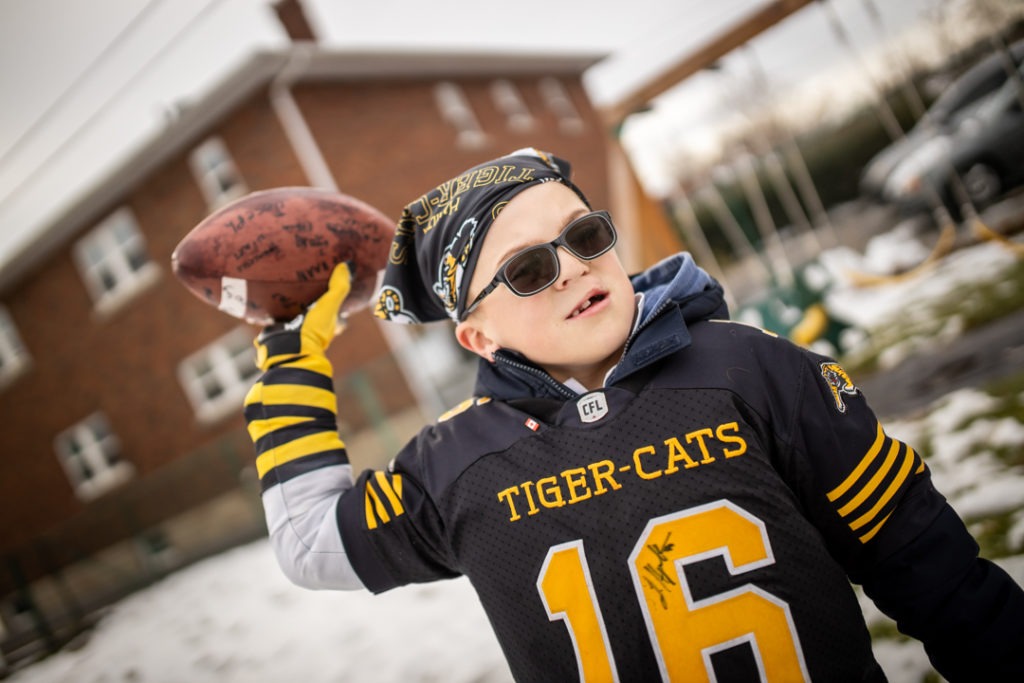 Carter Dery’s journey at McMaster Children’s Hospital (MCH) began when he was just 2 weeks old and treated for a cleft lip and palate. At three months of age he was identified as having a special type of severe epilepsy called Infantile Spasm and shortly after was diagnosed with hydrocephalus, a buildup of fluid deep within the brain that required surgery. His health issues quickly began piling up, which was terrifying for his mom, Amber Dery.

“There was so much unknown,” she says. She recalls being told her son would likely be blind and deaf and unable to walk.

“I started to feel hope when we connected with Dr. Mesterman.” Amber says. “She helped us understand the system, and the programs and services that Carter would need. I started to feel a bit of optimism.”

Dr. Ronit Mesterman is a pediatric neurologist at MCH. But she says her role is about much more than the brain. “I like to see myself as a neurodevelopmental specialist,” she says. “Taking it a little broader, reviewing how family life is going when you have a child with special needs.”

Dr. Mesterman has been treating Carter’s epilepsy since he was a baby. She has also helped the family navigate the different services he needs. Carter, now 9-years old, has been a patient in several departments at MCH, including cleft lip and palate program, genetics, neurology, and the eye clinic.

The ongoing search for a diagnosis

For the past several years, his genetics team at MCH has been working hard to understand the underlying cause of Carter’s complex web of health issues. They have identified which of his genes developed abnormally, but don’t yet have a name for his condition.

“We recently did more testing, and we’re hoping for more information soon,” says Amber. “We were told that he could be the first person diagnosed with this condition. If it doesn’t have a name yet, we may have to make one up.”

She, Carter, and the whole family make the best of his frequent trips to the hospital, and the challenges he experiences in daily life. “I feel kind of scared when I go to the hospital, but I get to play games and have fun in the playground,” he says.

He recently needed surgery to remove a cyst from his mouth, and it was scheduled on Halloween. Carter’s community rallied together and hosted Halloween a day early so he didn’t miss out. 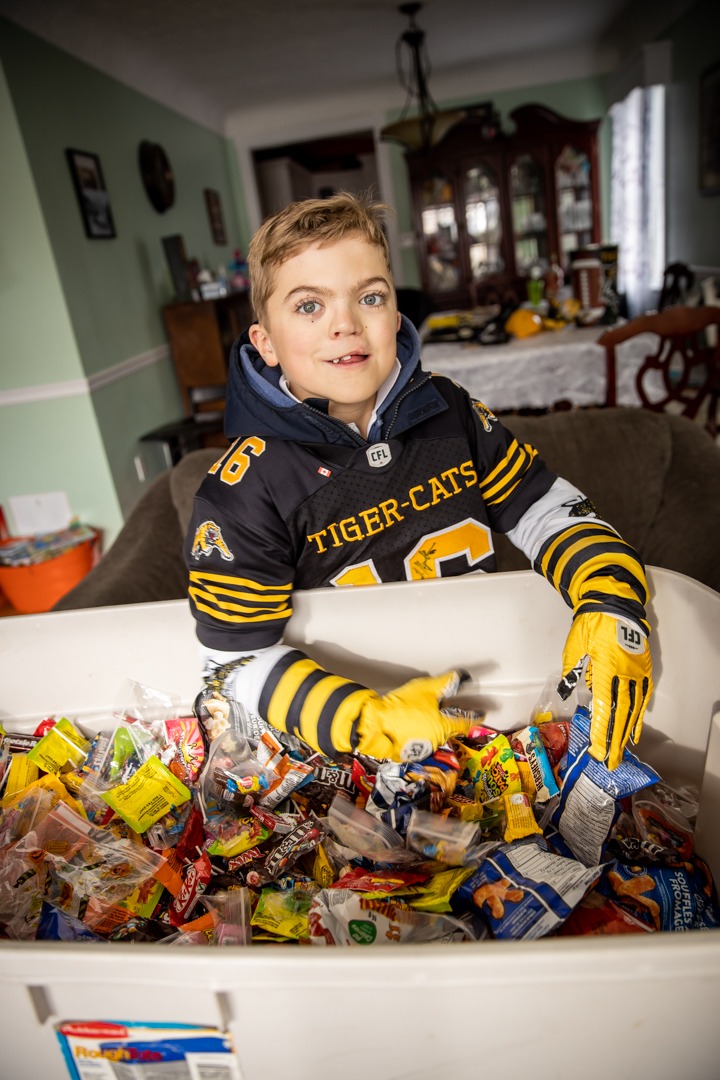 Carter’s story warms the hearts of the Hamilton Tiger-Cats

He is also an avid fan of the Hamilton Tiger-Cats and has season tickets with his grandpa, dad, and brother. The team gifted him tickets to the Grey Cup in Calgary, where he traveled alongside his football heroes. He’ll be watching his favourite team play for Canada’s top football honour on Sunday.

Amber gets great joy seeing her son’s passion for the team. It’s nice to see him enjoying things that typical kids get to do. He has accomplished much more than she imagined in those early days when she was told he may never hear or walk.

Dr. Mesterman credits Amber and Carter’s whole family for his progress. “This family has been always very positive,” she says. “This family is very positive, always with a “can do” approach, making sure Carter is active and participating in all activities. Amber is great in being very realistic in her understanding of Carters abilities. This truly allows Carter to maximize his potential.

Amber is quick to return the compliment. “McMaster has done such good work to make Carter get this far,” she says. “Without their support we wouldn’t have known about half the therapies we’ve done. It has made a really big difference.”