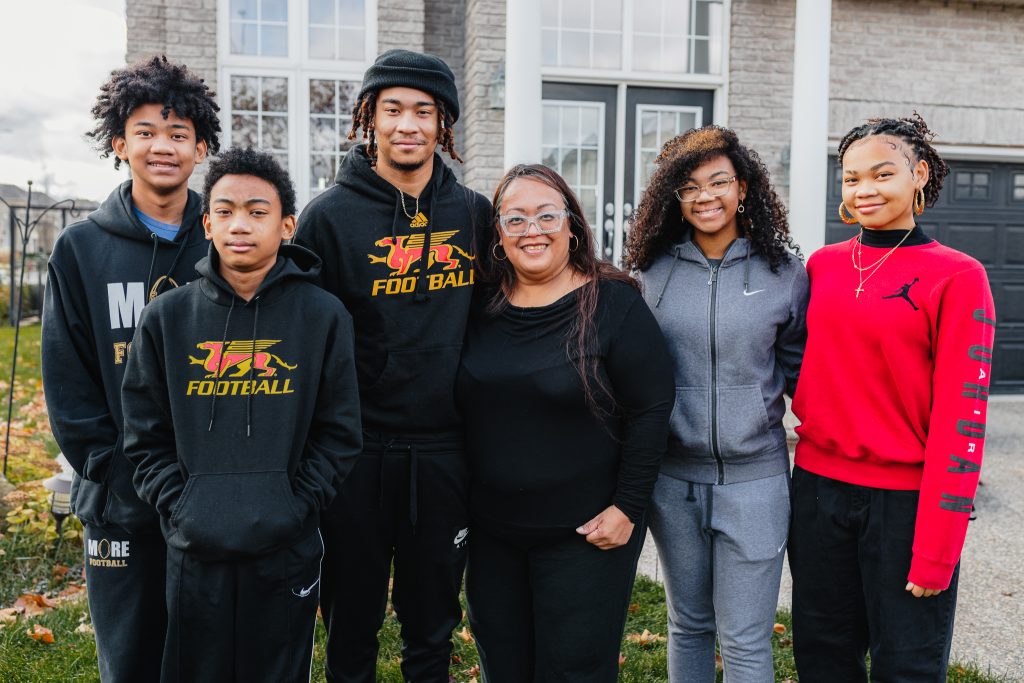 When Tisha Dayap-Berrio got medical attention for a sore that turned out to be flesh-eating disease, her treatment required three surgeries plus physiotherapy. She is pictured here with her children. She says her family has been with her every step of the way.
Stories

An unexpected encounter with flesh-eating disease 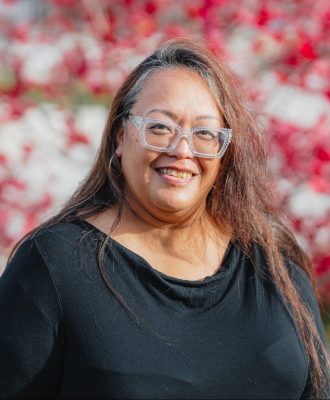 Tisha Dayap-Berrio survived flesh-eating disease thanks to quick recognition and treatment at HHS.

Theressa (Tisha) Dayap-Berrio made a trip to Hamilton Health Sciences’ (HHS) West End Urgent Care Centre in August for a painful sore in an unusual spot: her left buttocks. She had no idea how she got it. She thought she would just be given a prescription for antibiotics or something topical and continue on with her day.

Dayap-Berrio was quickly transferred by ambulance to HHS’ Hamilton General Hospital (HGH) for a CT scan which confirmed she had necrotizing fasciitis, also known as flesh-eating bacterial disease.

“I had no idea that it was something serious, and never would’ve thought it’d be flesh-eating disease” she says. “It didn’t even cross my mind that I’d end up being admitted to the hospital.”

Flesh-eating disease is a bacterial infection that starts in a small cut, wound or bruise. It was more commonly found during wartime where keeping wounds clean was a challenge. Although nowadays it’s rare, it’s just as deadly. For some people like Dayap-Berrio, there is no obvious cause.

“It was a weird feeling to wake up and have missed days.”

The disease starts in a localized area but spreads quickly, affecting everything in its wake. It can cause sepsis, organ failure and even death. There can be permanent damage depending on where it starts and how it spreads. Antibiotics are needed as quickly as possible, followed by surgery, usually multiple surgeries, to remove the infected tissue.

Time is of the essence 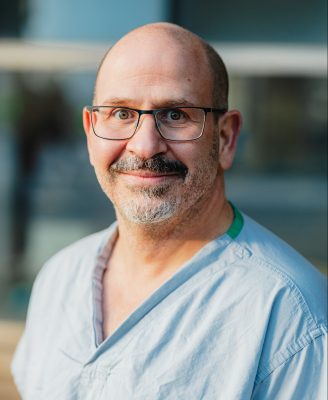 “With flesh-eating disease, the bacteria burrows below the surface of the skin, so there’s far more infected tissue than what you see, which is why we need to surgically remove it,” says Dr. Niv Sne, trauma surgeon at HGH and one of doctors who performed surgery on Dayap-Berrio. “With its ability to spread so quickly, we do multiple surgeries to make sure it’s all been removed.”

Not long after Dayap-Berrio’s diagnosis, she was prepped for surgery. She was sedated and on a ventilator for multiple days because her case required three surgeries.

“Theressa is lucky she sought medical attention when she did,” says Sne. “The infected tissue was deep, but it hadn’t yet spread to other areas of the body. If she had waited any longer, it could have been much worse.”

When she began to improve, she was taken out of sedation, off the ventilator and transferred from the intensive care unit to the inpatient surgical trauma unit for recovery.

Recovering from flesh-eating disease requires careful wound care and physiotherapy. Dayap-Berrio was very weak. She couldn’t even sit up, let alone stand, after being sedated for days. 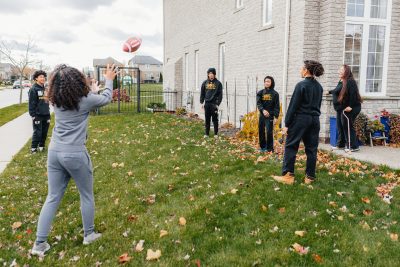 Throughout her recovery, Tisha Dayap-Berrio was motivated to return to her regular routine including a busy family life.

“People don’t realize that after having been bed-ridden they can’t do even the most basic things, like getting out of bed,” says Matt McCaffrey, physiotherapist on the surgical trauma unit. “So, I get people up, out of bed and walking again. It’s the best job!”

McCaffrey enjoys connecting with patients to help them recover as best as possible. He also learns about their home life to determine if they have the support needed to continue their recovery at home after discharge, or if it’s best to transfer them to HHS’ Regional Rehabilitation Centre for further inpatient care.

Dayap-Berrio and McCaffrey got along instantly.

“Matt is like the ‘Mr. Rogers of physio’. He knew everyone’s name, their story and was so upbeat and positive. You couldn’t help but look forward to seeing him,” says Dayap-Berrio. “We bonded over football while he helped me regain the strength to sit up, stand, then walk.”

“They really did save my life!”

Dayap-Berrio stayed positive. She and her husband were athletes in their day, plus they have athletic kids. This is likely where her goal-oriented, go-getter approach to recovery came from, which helped her progress.

“It was clear that Theressa really wanted to get back to her life and was willing to work hard to get there,” says McCaffrey. “She talked about her family regularly, who were a strong support system for her. So once I met them, I knew we could set her up for success at home whenever she was ready.”

Dayap-Berrio is now almost fully healed. She still finds it uncomfortable to sit for long periods of time and sometimes needs to use a walker or cane.

“Theressa has done tremendously well. I’m impressed with her recovery, her positive attitude and motivation to return to her regular routine,” says Sne, who has continued to monitor her post-discharge.

Dayap-Berrio still remembers how scary and surreal the experience was but she is grateful for the healthcare team that cared for her. “I really can’t thank everyone at the Hamilton General Hospital enough. They were so supportive, even with my family, through it all. They really did save my life!” 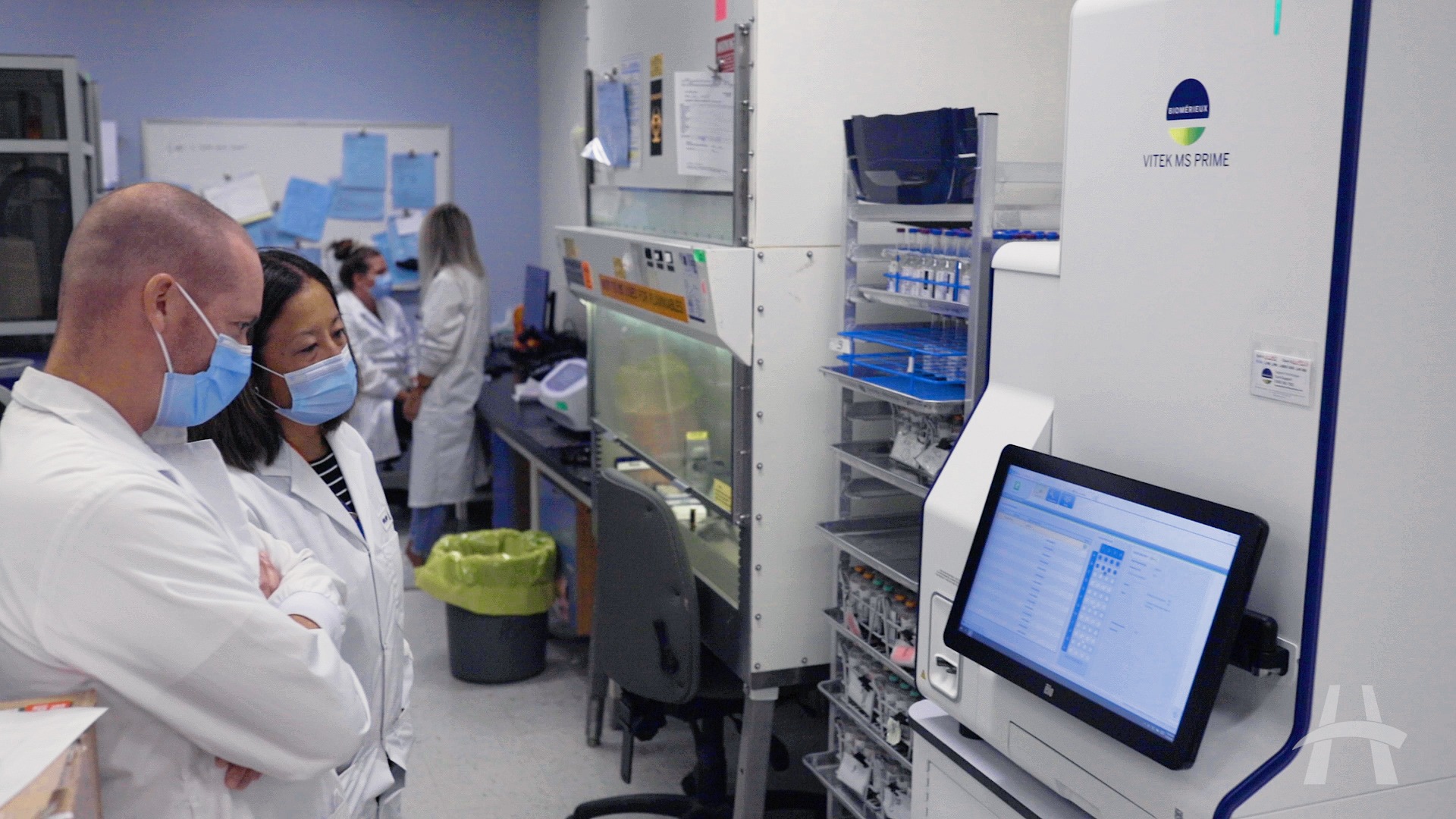 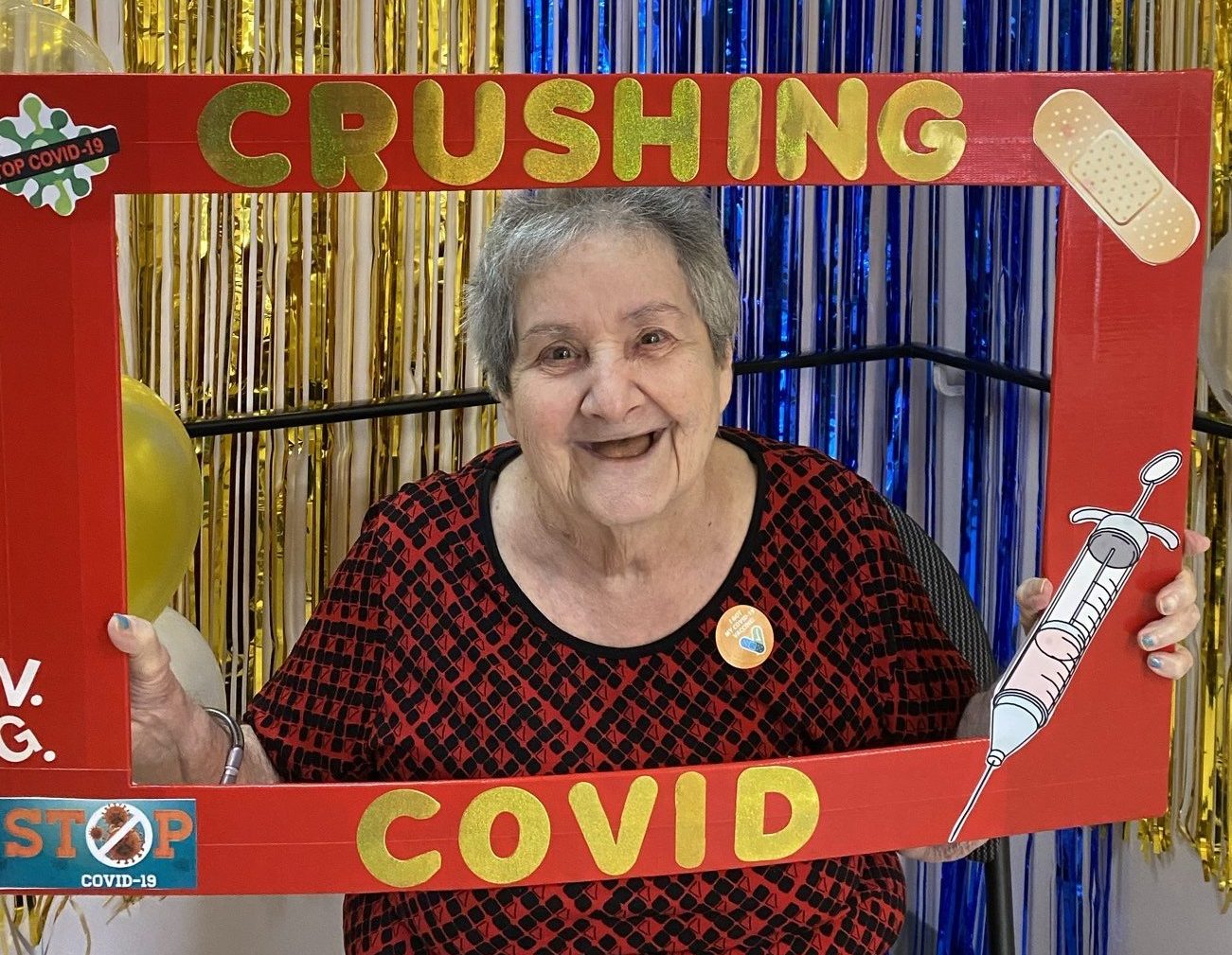 Emergency doctors stepped up beyond the hospital during pandemic 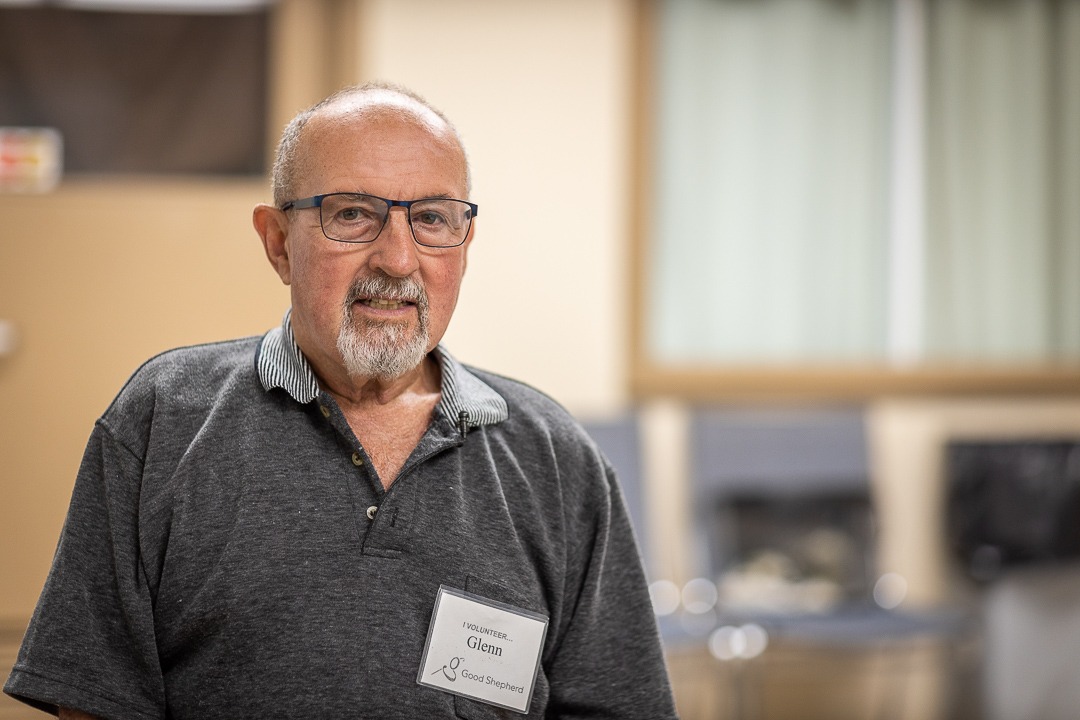 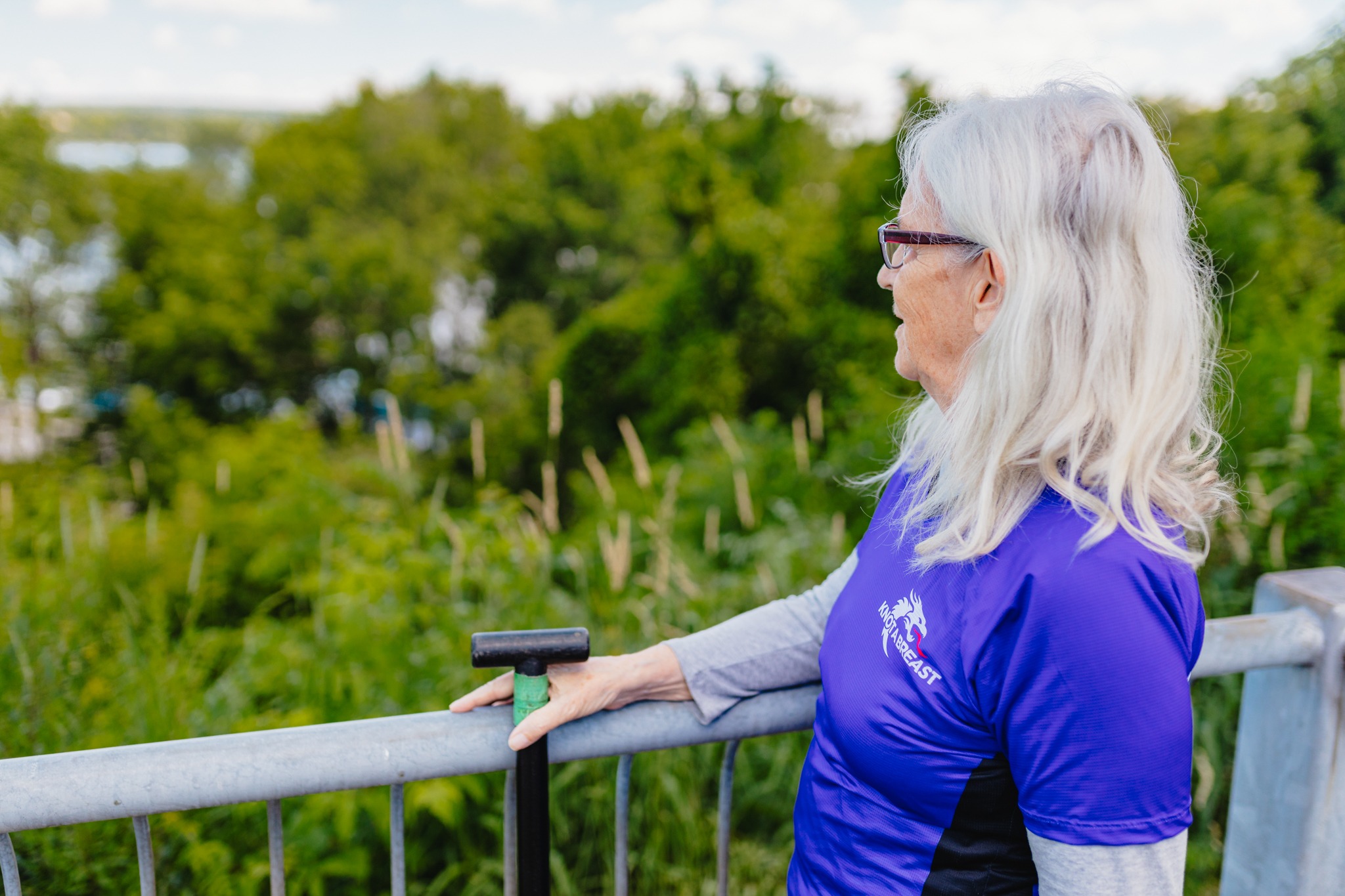