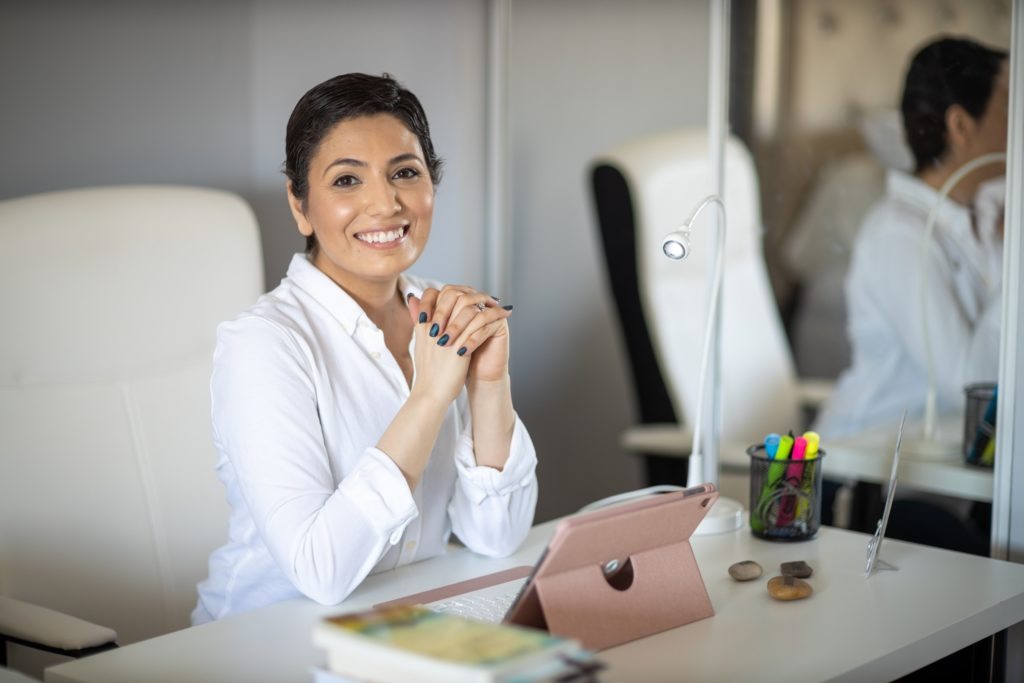 An episode of Grey’s Anatomy may have saved Jenny Saliba’s life.

One evening, just under a year ago, the 29-year-old was at her home in Hamilton watching an episode of the popular medical drama where a young patient was diagnosed with breast cancer. Something struck Jenny – she’d never considered breast cancer a threat, and she’d never thought to check for it. In that moment, for the first time ever, she felt her breasts for lumps.

Just a few months earlier, Jenny had been finishing up a year of teaching in Columbia when unusual and worsening stomach issues forced her back to Canada for medical care. When doctors couldn’t make any conclusions about what was causing her symptoms, she was booked for a colonoscopy for the following fall for a closer look. Jenny had no idea her entire life would change in the meantime.

But that one night, alone on her couch, the realization something wasn’t right hit Jenny like a rogue wave crashing in to the sand. There, as her hand searched her breast for something – anything – she found a baseball-sized lump. A baseball-sized lump that had gone completely undetected until then.

A lump was found… now what?

“My whole life changed in that moment,” says Jenny. “I was hysterical.”

Frantic and full of worry, Jenny visited a walk-in clinic to have a doctor validate what she had felt (her family doctor was in Toronto). She was told there was a possibility that it was fibroadenoma, a condition where solid, but non-cancerous, lumps form in the breast. Through a series of tests and scans, Jenny hung on to that possibility with all her might. After all, she was only 29 – what else could it be?

Eventually, Jenny found herself at Juravinski Cancer Centre awaiting the results of her biopsy – a procedure that took a sample of her breast tissue to determine its make-up. Once again she sat in silence and fear, being pummeled by the waves of her thoughts which were moving in all directions at once. But this time, she was sitting in a chair in a hospital room waiting on the moment of truth. The moment when Jenny would learn that she had breast cancer.

“I realized that it wasn’t a death sentence.”

“That day, my life completely shifted,” says Jenny. “I thought, ‘This can’t be me, I can’t have cancer’.”

Doctors at JCC confirmed that Jenny had “triple positive” breast cancer. She had no family history, no genetic risk. It was an out-of-the-blue diagnosis – one you simply can’t prepare for.

“Although breast cancer does occur in young women, it is rare,” says Dr. Richard Tozer, chief of oncology and one of Jenny’s doctors at Juravinski Cancer Centre. “There aren’t many people in Jenny’s situation.”

With determination, Jenny decided early on to harness the weight of her cancer diagnosis and direct that energy toward living life as best as she possibly could. Her devastation was channeled in to inspiration.

“Jenny is a rock,” says Dr. Tozer. “What has helped her get through treatment is asking questions and living life as it comes. She’s a very wise young person.”

Michele Cardoso, Jenny’s radiation therapist at JCC, agrees: “Jenny is one of those people that emanate light; her cancer experience has tuned her in to living life more fully and that is inspirational.”

“I decided I was going to take my life in to my own hands,” she says. “I realized that it wasn’t a death sentence. The more I read other people’s stories and researched breast cancer, the less afraid I became. I started to see it as a blessing.” In the months that followed, Jenny underwent 25 rounds of radiation at JCC. She started a new fitness routine. She spent her summer receiving eight rounds of chemotherapy and then in August, she got married. In November, she had both of her breasts surgically removed. And today, she’s cancer-free.

“There is life during cancer,” she says. “And there’s life after cancer, too.”

But Jenny’s journey isn’t over; she has follow-up appointments with her team at Juravinski Cancer Centre every three weeks, and she has to take medication to help prevent the cancer from re-occurring. Its side effects include early menopause and infertility.

“Cancer at 30 isn’t more difficult, it’s just a different conversation. Topics like infertility come up. You need to re-evaluate your life plans.”

In talking openly about her breast cancer journey and the challenges throughout, Jenny hopes she can help other women feel less isolated and afraid.

“I feel so blessed that my life has completely changed,” says Jenny. “Now, I have the opportunity to speak out and help support other women.”

Above all, the most important message that Jenny has is:

“Learn how to do a breast self-exam, and pick one day once a month to feel your breasts.

If we learn to care for ourselves and our bodies the way we care for other people, we’ll be able to heal from anything.”