The Pediatric General Surgery team provides general and specialized surgical services to infants, children, and adolescents suffering from a wide range of congenital and acquired diseases of the abdomen, chest, head and neck, and endocrine organs. The service has extensive experience in minimal access surgical procedures including the surgical correction of Pectus Excavatum using the Nuss Procedure.

Our philosophy is family-centered care. We strive to provide the best care possible.

What to Bring to the Clinic

When you arrive to the clinic please check in with the Business clerk at the reception desk. The business clerk will let the team know that you have arrived.

Note: If your child is ill with any antibiotic resistant organism, MRSA, a communicable disease (such as Chicken Pox), or a respiratory infection, please notify reception staff prior to your scheduled appointment.

The appendix is a small, hollow sack that hangs down from the large intestine (bowel). It has no known purpose in the body. If the appendix becomes blocked, it can become inflamed or infected. This is called appendicitis. If the appendicitis is severe, the appendix may burst open (rupture) and cause a serious infection in the abdomen. If your child has appendicitis, he or she may need to have surgery to remove the appendix, called an appendectomy.

Gatroesophageal reflux disease (GERD) is an abnormal flow of acid from the stomach up into the esophagus which can be painful and can sometimes cause pneumonia. GERD can be treated with medications to help suppress or neutralize the stomach acid. To also help prevent reflux from occurring, a fundoplication  is the surgery sometimes needed to tighten the area where the esophagus and stomach join.

A gastrostomy is a small opening through the skin and abdomen into the stomach. A gastrostomy tube or G-tube is a thin, flexible tube that is put through this opening. The tube is used to put liquids directly into your child’s stomach. Gastrostomy Tube uses include liquid food for nutrition, water for hydration, and medications. There are different kinds of G-tubes. Your child’s doctor will chose the tube that best meets your child’s needs.

A hernia is a weakness in the muscles of the abdomen. Part of the bowel may push through the weak area, causing a lump under the skin. They can cause pain and discomfort, and may get bigger if they are not repaired. Sometimes the bowel (intestines) can become trapped in a hernia. This may cause the bowel to become blocked and urgent surgery is needed to fix this. Some common places hernias can occur are:

Hirschprung’s Disease is a disease of the large intestine. It can sometimes affect the small intestines as well. It occurs when some of the ganglion cells in the large intestine are missing. Without these cells, the muscles of the intestine cannot push stool towards the anus, where it should leave the body. As a result, the large intestine fills up with stool and becomes partially or completely blocked (obstructed). The intestine becomes enlarged and may get infected (enterocolitis).

An ingrown toenail occurs when the corner or side of the nail grows down into the skin and the flesh of your toe. This causes pain, redness, and swelling. Rough or red skin may grow over the area. An ingrown toenail can also become infected. Ingrown toenails are a common foot problem. Any toenail can become ingrown, but it happens most often to the big toes.

Is an abnormal cavity or collection of hairs under the skin that usually occurs over the tailbone. It looks like a small pit or dimple on the surface of the skin; may be caused by ingrown hairs, or from pressure or friction on the skin; and can lead to infection: pain, swelling, redness or the surrounding skin, drainage such as pus or blood.

Splenectomy is a surgery to remove the spleen. The spleen is an organ of the body. It is found in the upper left corner of the abdomen, under the ribs. The spleen protects the body from infection and acts as a filter for the blood. A splenectomy is usually done if the spleen is bleeding, injured, or affected by disease.

Referrals can be faxed directly to the clinic.

Urgent Referrals: The clinics are not for emergencies. For urgent referrals please mark as “urgent” on the fax and call the clinic. If your child needs to be seen on an urgent basis, please contact your family doctor or go to your local emergency department. 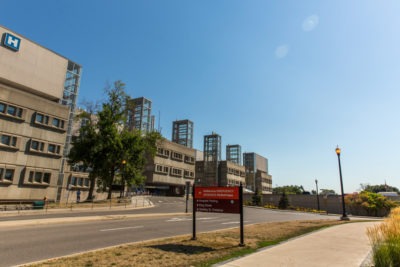 Please contact us as soon as possible if you need to change or cancel your child’s appointment. 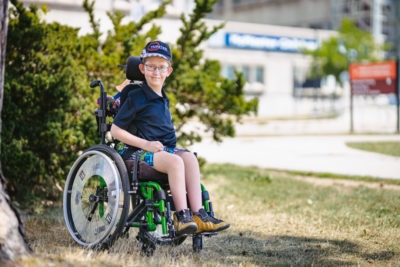 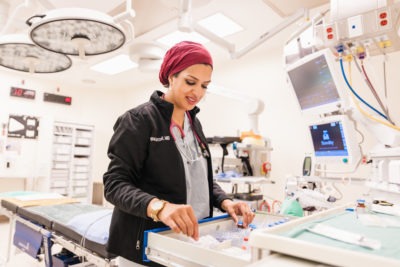 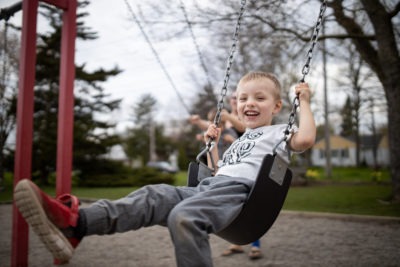 Working together to save kids’ lives, kilometres apart
Ways to Give