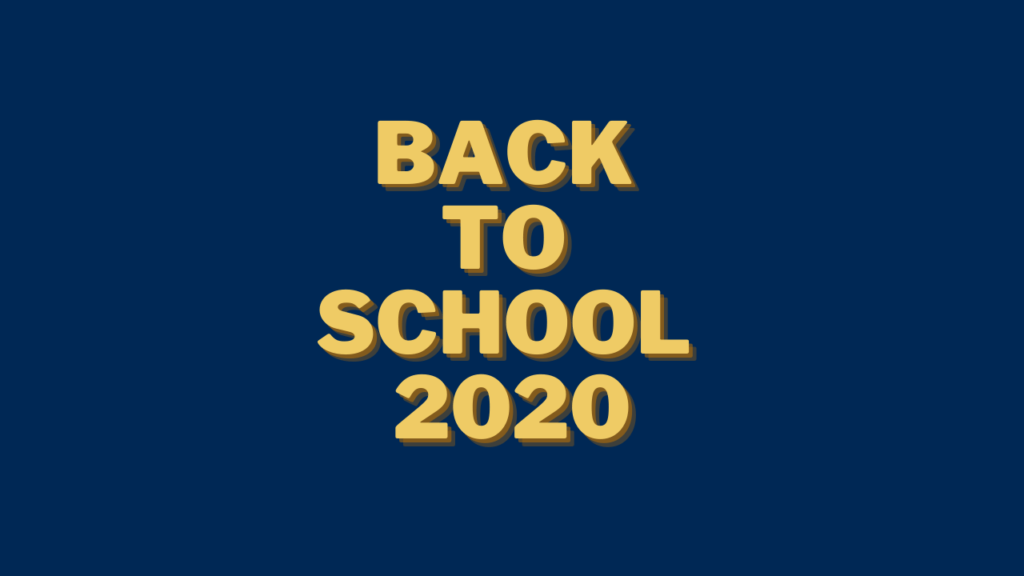 What’s the difference between normal school jitters and anxiety that might need clinical attention?

It’s completely normal for children and adolescents to have some level of anxiety at the beginning of a new school year.

It’s a new year with new teachers, new expectations of them and possibly new friends. And having some anxiety is a good thing because it pushes us to do our best like study for a test or look both ways before crossing the road. But sometimes anxiety can become overwhelming and it can get in the way of what kids need to do to be kids.

It’s at these times that we might begin to think that anxiety requires clinical attention. That’s often with the school kids who are refusing to go to school or significantly struggling every day to go to school.

What are some common reasons for school anxiety?

Anxiety is our body’s natural response when it thinks that it’s in danger. That can happen for a variety of reasons. Sometimes it has to do with separating from parents but it can also have to do with making new friends or writing a test or answering a question in class. It really can be different for each child.

Some kids are really anxious about going to school and they might try to get out of school or say that their stomach hurts, and for those kids that’s often the flight. They want to avoid school at all costs because they think it’s scary.

Other kids might act out or misbehave when they’re anxious and these are the fight kids. They feel in their body that they’re really in danger and so they need to protect themselves.

Other kids might have the freeze response so they might be the kids who freeze up or stare blankly when a teacher asks a question. They might seem a little bit more distracted or spacey. So it really can look different in all kids.

How can parents help young kids and teens cope with school anxiety?

I think it’s important to first acknowledge that for young children separating from their caregivers, it’s really anxiety provoking. It’s difficult to do. They’re their primary caretaker. It’s important to start talking about school early and often, so you can come up with that plan ahead of time.

Anxiety in teens can look a little bit different as kids get older they because less anxious about separating from their parents and more anxious about social situations.

I think there are some useful strategies for all ages and and it’s best to start with the basics — which is making sure that your kids are eating and sleeping well.

And sometimes they’ve been on a different schedule for the summer so it’s good before school starts to get back into a bedtime routine and a morning routine that will mimic what they’re going to do when they’re back at school.

What should you do if your child doesn’t want to go to school?

Parents sometimes don’t have a lot of patience when their kids are complaining every day, “I don’t want to go to school.”

Sometimes we say things like, “Well you have to.” Although best-intentioned, often that can make kids kind of dig in their heels. It’s best to stay away from phrases like that and instead try to see the situation from your child or your teen’s perspective.

Sometimes in teens it’s a little bit different. You want to be careful to not tell a teen, “I get how you’re feeling,” because in the teenage brain, no one possibly understands what they’re going through.

In those situations you want to be careful not to use the words “I get it” or ‘when I was a teenager…’ None of those things really resonate.

How should parents handle their own anxiety about kids going back to school?

Kids look to their parents to gauge their emotional reactions in a potentially scary situation. They pick up on your cues.

Try to remain calm as best as possible. Take a deep breath and then do what you really know is best for your child, which is to love them, to understand how hard this might be for them, to help them plan ahead and help them problem-solve if a situation comes up that they’re finding stressful.

Should you ever hold your child back from school if they are suffering from anxiety?

Feeding into the avoidance and letting kids get out of going to school really does make things worse in the long-term. It makes the anxiety worse and it makes it harder to go back.

PLEASE NOTE: All visitors and patients are now required to wear medical-grade masks that will be supplied when you enter our hospitals. When you arrive at a screening point, you will be asked to remove any mask you might be wearing (including cloth masks) and to put on the mask provided by HHS staff.